How will Unreal Engine 5 Affect Fortnite? 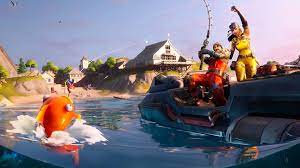 I’ve seen from the demo tests that the new version of the engine has extremely realistic shaders with high capabilities in power. This makes me think that they will update the game to run on the new engine. Though I don’t know if it is possible considering the game has to also be able to run on the Nintendo Switch and Android mobile devices. Unless they are able to simply port it to the new engine without changing any of the graphical settings which is what most likely will happen. What do you guys think?

Though I don’t know if it is possible considering the game has to also be able to run on the Nintendo Switch and Android mobile devices.

GameRant reported in an article from 2020-05-18, “Epic Games Confirms Unreal Engine 5 is Compatible With Nintendo Switch”.

Epic Games has confirmed that the recently revealed Unreal Engine 5 is in fact compatible with the Nintendo Switch. While the engine is focused primarily on new technologies for next-generation consoles, it will also work with already existing hardware.

Thankfully, Epic Games CEO Tim Sweeney has officially confirmed that Unreal Engine 5 will work on any platforms that support its predecessor, Unreal Engine 4, including the Nintendo Switch. The advanced Lumen and Nanite features may not be available on older hardware, but Unreal Engine 5 is designed with scalability in mind. “To maintain backward compatibility, we have this pipeline where you import or build all content. And at the highest level of cinematic quality executed directly on next-gen consoles,” Sweeney stated in an interview. Newer, more powerful machines like the PS5 and Xbox Series X will be able to take advantage of the new technology, but less powerful hardware like the Nintendo Switch won’t have access to all the new bells and whistles.

Just because Unreal Engine 5 is supported on a device like the Nintendo Switch doesn’t mean that the console will start to get games with visuals on a similar level to the Lumen in the Land of Nanite tech demo. The Switch will still see benefits from supporting the engine, but scalability is the biggest reason why Unreal Engine 5 supports so many platforms. Fortnite is a prime example of how the engine will work across multiple platforms. Fortnite is transitioning to Unreal Engine 5 in 2021, and it will likely take advantage of all of the engine’s new features on PlayStation 5 and Xbox Series X while also offering toned down versions of the game for weaker machines like current generation consoles and mobile devices. Existing devices can continue to receive support for years to come while new devices get the best possible experience.

The question is to what extent Fortnite will choose not to use the new capabilities in Unreal Engine 5 to maintain functional compatibility with their existing user base on less powerful platforms that don’t support them.

I don’t know about the platform mix of Fortnite’s user base and what fraction would be able to use the Unreal Engine 5 capabilities such as Nanite and Lumen, which are targeted to the newest generation of consoles and high-end PC gaming rigs.

I do know that a large fraction of the Second Life user base is running on machines with GPU capabilities typical of machines of 8 years or older, and Linden Labs, Second Life’s developer, has been loath to support features which would break compatibility with this installed base.