How's It Hanging? Experimentally Testing the Helicopter and Rope Puzzle

The 2014 qualifying examination [PDF] for the U.S. Physics Team included the following question:

19. A helicopter is flying horizontally at constant speed. A perfectly flexible uniform cable is suspended beneath the helicopter; air friction on the cable is not negligible.

Which of the following diagrams best shows the shape of the cable as the helicopter flies through the air to the right? 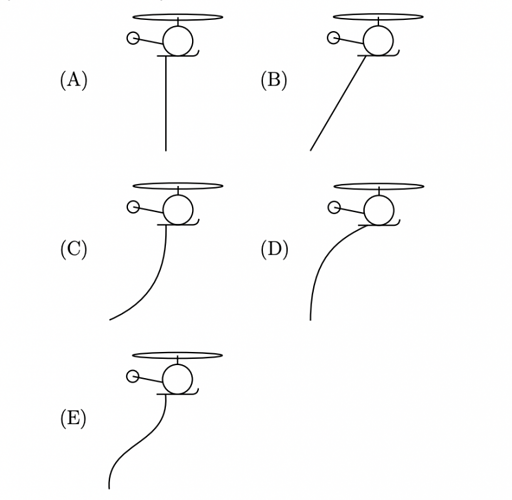 What do you think, and why? The answer is given in the solutions document [PDF]—scroll down to question 19.

But wouldn’t it be nice to really know? Are there real-world effects, such as the rotor wash, turbulence, and imperfect flexibility of the cable which might affect the result? Derek Muller of the Veritasium YouTube channel wondered, and went so far as to rent a helicopter and drop a rope from it to see what happened.