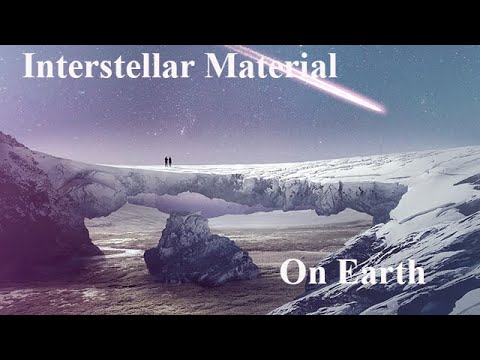 It has long been speculated that small bodies ejected from their orbits around other stars by encounters with massive objects must occasionally pass through our solar system. The discovery of 1I/ʻOumuamua in 2017 and 2I/Borisov in 2019, both of which were on unambiguously hyperbolic trajectories, has confirmed this and their discovery not long after instruments capable of finding them were put into service suggests their numbers may be large. In addition, several asteroids and comets now in orbit around the Sun have orbits that suggest they may have been interstellar objects captured by gravitational encounters with Jupiter.

If objects of interstellar provenance are passing through the solar system, it is inevitable some will hit the Earth, and we now know that a meteor with designation CNEOS 2014-01-08 that hit the Earth in 2014 was of interstellar origin. This means that material from other star systems is lying on the Earth right now, and waiting to be found and studied. Can we find such treasures? How do we know a meteor came from an interstellar object? And what can such objects tell us about other star systems?

Can we find such treasures?

Most large iron meteors that landed on solid ground were likely melted by humans a long time ago for use as tools or weapons. But the ones that landed in the ocean are likely on the ocean floor – or buried in sand and silt.

Directional drilling robots connected to Starlink may discover some treasures in the not too distant future.

Microbes could survive such a journey in theory-- and there is one sure way to prove it – DRILL BABY, DRILL. (And Dear Robot, while you’re there, bring back some oil and gas hydrocarbons for us energy dependent humans)!

But the ones that landed in the ocean are likely on the ocean floor – or buried in sand and silt.

The easiest and, in recent years, most productive place to look for meteorites is on the Antarctic ice cap. Basically, you just walk along and anything you spot that isn’t white is almost certainly a meteor. A simple metal detector will find anything with nickel-iron content with no false positives. There are locations where the movement of the ice pack collides with mountains in a way that deeply buried material tends to come to the surface. This provides a sample of material that fell on the glacier over a long period of time which has been concentrated and brought to the surface for you to find. 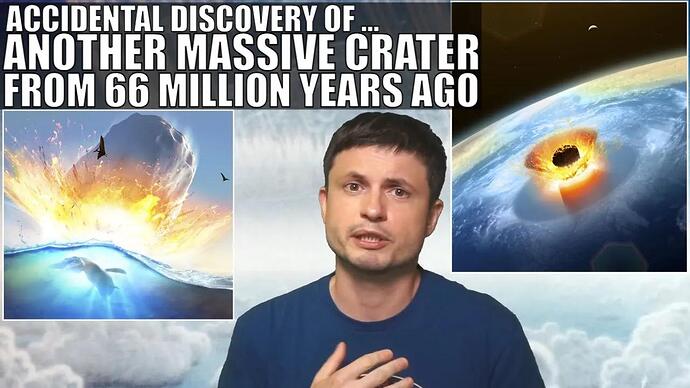 Unexpected Discovery of Another Crater From The Time Dinosaurs Died