Here is the paper, “A Higher-Dimensional Representation for Topologically Varying Neural Radiance Fields”. The abstract is as follows.

We address this limitation by lifting NeRFs into a higher dimensional space, and by representing the 5D radiance field corresponding to each individual input image as a slice through this “hyper-space”. Our method is inspired by level set methods, which model the evolution of surfaces as slices through a higher dimensional surface. We evaluate our method on two tasks: (i) interpolating smoothly between “moments”, i.e., configurations of the scene, seen in the input images while maintaining visual plausibility, and (ii) novel-view synthesis at fixed moments. We show that our method, which we dub HyperNeRF, outperforms existing methods on both tasks. Compared to Nerfies, “HyperNeRF” reduces average error rates by 4.1% for interpolation and 8.6% for novel-view synthesis, as measured by LPIPS.

Here is the video that accompanied the paper. 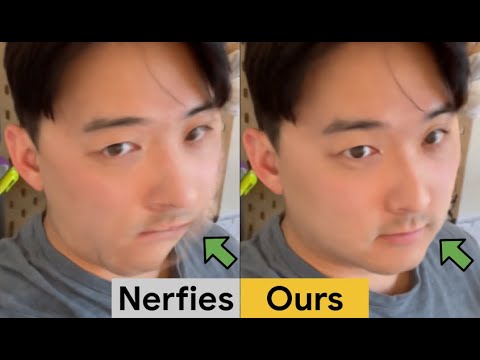 Back in the stone age of electron microscopy - around 1972 - I was examining thin sections of the superior oblique muscle of the newborn rat in the electron microscope. The result was two-dimensional images. We were trying to figure out the sub-cellular three-dimensional architecture of the muscle cells. Now, in normal microscopy, one could pretty easily make serial sections through a tissue or organ and reconstruct three-dimensions at that much larger level. Doing so with serial sections through such ultra thin sections through a single or a few cells was quite difficult.

What I recall is that there were, even then, mathematical models which allowed us to calculate the volume of sub-cellular, two-dimensional images of organelles by applying formulas. At the time, this was the best we could do. Maybe this is a descendant of that early work. I don’t remember the details.