The IceCube Neutrino Observatory, located at the South Pole, uses 1 billion tons of ancient, transparent ice instrumented at depths 1.5 to 2.5 kilometres with more than 5000 photomultiplier tube optical sensors which allow detecting and localising high energy neutrinos from anywhere in the sky. 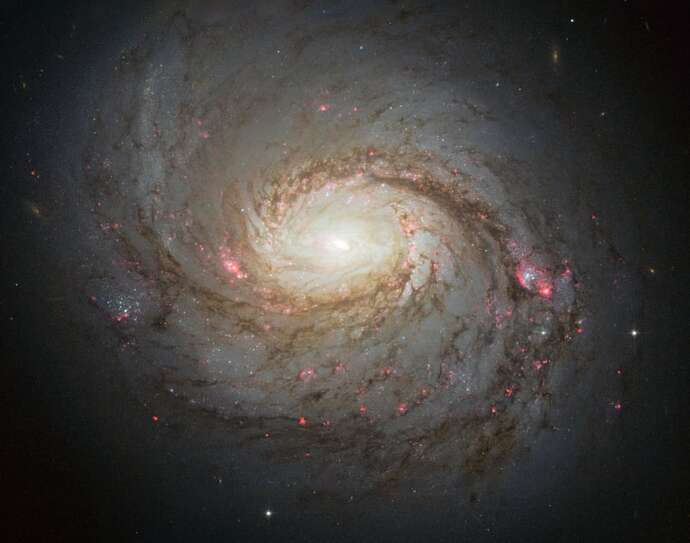 1000×787 75.5 KB
This is the core of the galaxy, imaged by IceCube, based upon 80 detected and localised neutrinos of teraelectronvolt energy. 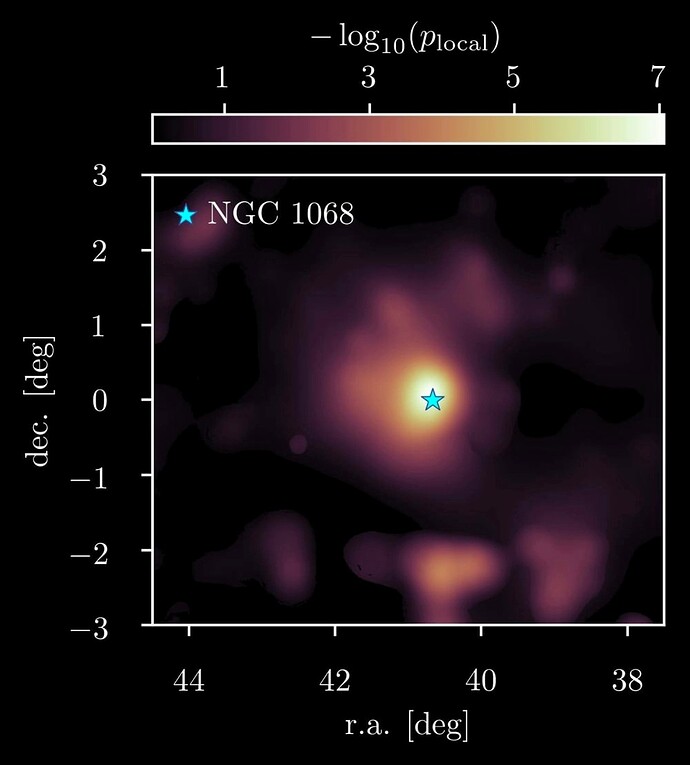 1000×1110 83.9 KB
Here is a press release from the IceCube collaboration announcing the discovery, “IceCube neutrinos give us first glimpse into the inner depths of an active galaxy”.

This is the above-the-ice building housing the instrumentation for the IceCube detector, photographed during my 2013 visit to the South Pole. 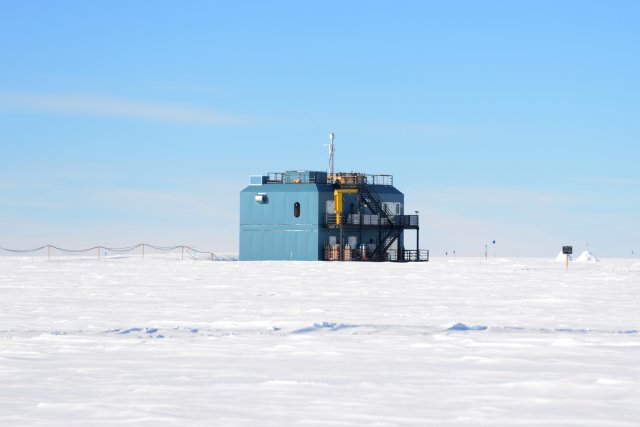 Detecting the direction from which a neutrino came is quite a feat. Big pats on the backs all round!

Even so, that image seems rather detailed for only eighty (80) neutrinos coming from an area of 6 degrees by 6 degrees. I wonder about units on the image – the full Moon subtends only about 0.5 degree by 0.5 degree.

Detecting the direction from which a neutrino came is quite a feat.

What makes it possible is the high energy of the neutrinos detected. When a neutrino interacts with a water molecule in the ice, it creates a shower of charged leptons (electrons, muons, or taus) which, because they are travelling faster than light in the ice medium, emit Cherenkov radiation which, in turn, because of the ultrarelativitstic propagation speed of the particles, is confined to a narrow cone along the axis of the originating neutrino. If this is detected by multiple photomultiplier tubes in the detector array, it allows reconstructing the path of the neutrino and projecting it onto the sky. Since neutrinos have no electric charge, they are not deflected by magnetic fields in the interstellar and intergalactic medium and thus point back right to their source.

Even so, that image seems rather detailed for only eighty (80) neutrinos

The information in that image is essentially the bright dot, which shows that the 80 neutrinos were tracked back to the same point in the sky within the uncertainty of the detector. That provides pretty good confidence that what was observed is a point source, which would be the first seen at intergalactic distances.