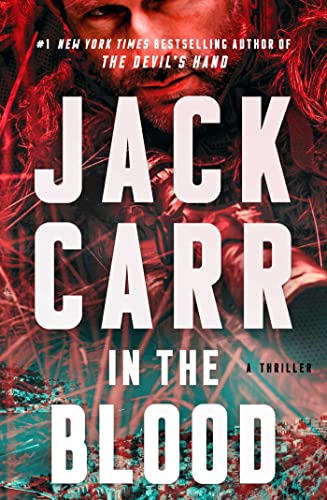 The fifth novel in Jack Carr’s series of thrillers featuring former Navy SEAL James Reece, In the Blood, was published today, 2022-05-17. A Kindle edition is available, but it’s not in Kindle Unlimited, so you’ll have to pay even if you’re a subscriber.

Jack Carr, himself a former SEAL, burst on the thriller scene in 2018 with The Terminal List (link is to my review), which is one of the finest novels of revenge against feckless politicians and seat-warming military careerists since Vince Flynn’s Term Limits. Carr’s subsequent books have been uneven, but still worth the price and time to read.