Jared Isaacman on the Polaris Missions

Jared Isaacman, who led the privately-funded Inspiration4 SpaceX Dragon mission in September 2021, has announced the Polaris program, which will conduct three additional missions. The first, Polaris Dawn, planned for no earlier than November 2022, will take a Dragon capsule to an orbital altitude higher than the 1368 km record set in 1966 by Gemini 11, conduct the first EVA directly from a Dragon capsule, testing a new SpaceX EVA suit, and conduct experiments on the effect of the high orbit radiation environment on crew and spacecraft in a five day mission.

The second mission, also on a Falcon 9/Dragon, will conduct additional experiments building on Polaris Dawn, but has not been defined in detail.

The third mission will be the first crewed flight of Starship, launching into orbit and returning. This mission will occur only after SpaceX has tested Starship in unmanned configurations and certified the vehicle ready for human flight.

Jared Isaacman discusses the plans for the Polaris missions in this twenty minute conversation with Tim Dodd of Everyday Astronaut. 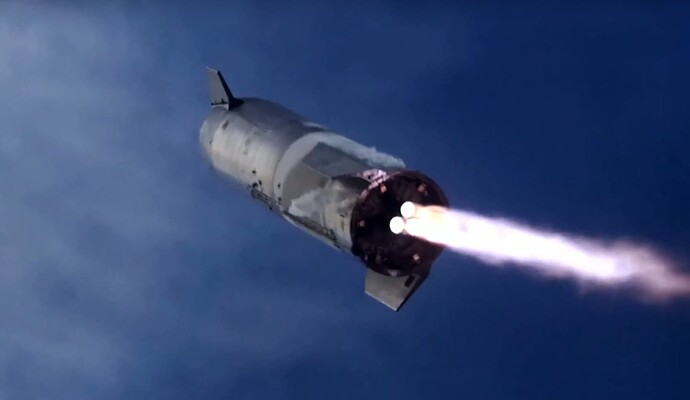 There was no time estimate for Polaris Mission 3. In an interview, Jared Isaacman said that obviously the first crewed flight will not occur until the basic Starship mission profile has been tested on numerous test and cargo flights, and will have to wait for the development of a life support system for Starship, about which SpaceX has said nothing so far.

For comparison, the first crewed launch on Falcon 9 did not take place until the 85th flight of a Falcon 9, which was ten years after the first Falcon 9 flight in June of 2010. Now, they’re moving a lot faster on Starship than Falcon 9, but it’ll probably be a couple of years if all goes well before they build up enough flight experience to risk a crewed flight.