Jeffrey Sachs on Fixing the Mess in the Ukraine

A very interesting interview of insider Jeffrey Sachs by German independent correspondent Zain Raza, probably of Iranian extraction. Topic: the mess in the Ukraine and how to fix it.

Spoiler alert! Sachs view is that the situation requires real diplomacy leading to a negotiated settlement. But the West has no diplomats.

Sachs is quite frustrated with warmongering US leaders, with spineless European leaders who go along with the US, and with the media which has become merely a mouthpiece for government flunkies.

How did Jeffrey Sachs become so based? First COVID, now Ukraine…?

Nicely articulated. One of the more dispassionate presentations of the problems.

Anyone who says the term “neocon” every 15 seconds is hardly dispassionate or sane.

A characteristic problem significantly increasing in the last 15 years or so has been that the left’s banning of the truth in many areas effectively cedes the moral/intellectual high ground to kooks.

The left keeps telling us that 2+2 = 5 and threatens to unperson any denier. When the undeterred kook says that 2+2 = 4 and the earth is flat, we have to be careful.

By performing “shock therapy” on Russia, perhaps contributing to the rise of Oligarch class? 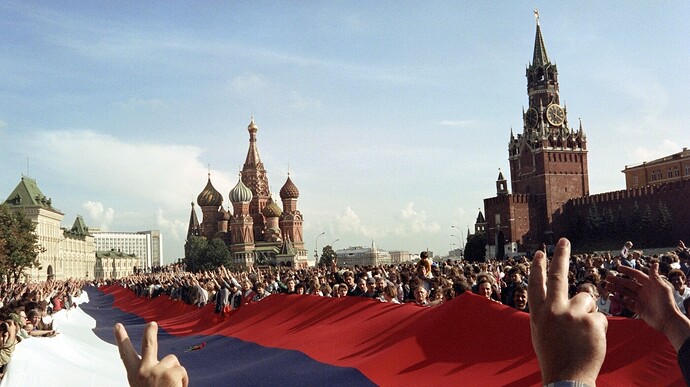 In the early 90s, American economist Jeffrey Sachs was a part of a team that tried to transform Russia's economy. It did not go as planned. He tells us what he thinks went so wrong. | Subscribe to our weekly newsletter here.

Anyone who says the term “neocon” every 15 seconds is hardly dispassionate or sane.

A characteristic problem significantly increasing in the last 15 years or so has been that the left’s banning of the truth in many areas effectively cedes the moral/intellectual high ground to kooks.

The left keeps telling us that 2+2 = 5 and threatens to unperson any denier. When the undeterred kook says that 2+2 = 4 and the earth is flat, we have to be careful.“

On a more serious note, I would say that being careful should always be our default position. Any one of us may misspeak, not be in full command of the facts, etc.

The fact that the guy uses “neocon” repeatedly doesn’t exclude his opinion as being invalid. Even the other side gets it right sometimes.

I think the walk-away point he makes is that we have failed diplomatically. I would expand that to we have failed strategically. I have said before, and I think Gavin in his own way points out also, we have shown no national interest in why we are in this affair. Creating “empire” - regardless of how or why - is rather antithetical to most Americans. Even back in the heyday of TR, most Americans were not for empire. Yet one can easily make the argument, and I think Sachs does in his way, that we have been busy doing just that. I think Kaplan in his series of books on the military extensions we have around the world (beginning with Imperial Grunts) makes much the same point. ?And to what end. ONE of the refreshing aspects of Trump was that he brought just those kinds of questions to the forefront.

Agreed that Jeffrey Sachs’ overuse of the term “neocon” demeans his argument. My perhaps over-charitable interpretation is that “neocon” means exactly the same thing as “racist” – i.e., a person of whom right-thinking people should disapprove.

Hillary! Clinton is a “neocon”? Seriously? She is a grifter and an incompetent with a vast pride in her own presumed capabilities – but the only thing she has any interest in “conserving” is her own ill-gotten wealth & power. Perhaps people like Sachs should look for a more appropriate label for those of whom they disapprove, no matter how justifiably.

Sachs in that interview is clearly smarting from having had his past good advice ignored by those in power, whom he consequently disparages as “neocons”.

Looking past that, there clearly is value in the lesson that life has taught most of us – when faced with a challenge, it is worth taking the time to learn from what worked the last time. Sachs is obviously angry that the successful financial procedures he had championed for Poland were rejected out of hand by those in power when it came to Russia. That apparent desire on the part of Our Betters to kick Russia while it was down has led to the current unpleasantness – and quite credibly may also led to our total destruction in a thermonuclear war. Frankly, the status of the Ukraine is not worth the bones of 300 Million Americans.

My perhaps over-charitable interpretation is that “neocon” means exactly the same thing as “racist” – i.e., a person of whom right-thinking people should disapprove.

“Neocon” (short for “neoconservative”) has become, like “fascist”, a term that has lost all of its original meaning and is used simply as a label of disapprobation. The original neoconservatives were members of the Old Left, some of the Trotskyist persuasion, and many of them Jewish, who became estranged from the Democrat party and New Left because of their pacifism and anti-anti-communism in the Vietnam war era and afterward, They advocated intervention abroad to oppose communism and a supported a strong military. Some moved to the right on economic and social issues as well after becoming disillusioned by the failure of the Great Society programs.

Commentary magazine was a hotbed of neoconservative thought, and its editor Norman Podhoretz identified his ideology with the term, as did Irving Kristol.

By the time of the George W. Bush administration, “neocon” had become an epithet used against his advisors such as Paul Wolfowitz, Richard Perle, and Elliott Abrams, who promoted foreign interventions and nation building abroad. During that time it was observed on the right that “neocon” had also become a dog whistle for “Jewish conservative” among leftists.

If Hillary Clinton is now a “neocon”, the term has lost all of what little meaning it retained.