The M1911 pistol and M1911A1 variant was the standard service sidearm for U.S. armed forces from 1911 through 1985, during which time about 2.7 million were procured by the government. Some units of the U.S. Army, Marine Corps, and Navy still use the modern versions of the design.

“Modern” versions of the 1911 are not much used anywhere. They are primarily 1911’s with a spring-tensioned extractor, the original being internal and tensioned usually by heat and bending. Other than that - and a stupid slide safety which does pretty much no thing to enhance the weapon, it is as JMB designed it.

OTOH, most modern auto loading pistols are based upon JMB’s basic design, which he enhanced with the Hi-Power. All lock up using the slide stop pin; the upper grooves have been replaced by barrel blocking locking into the ejection port. The front bushing has been replaced with a machined slide that allows the barrel to tilt downwards in back.

Striker-firing is “new” item, taken from the Maxim machine gun. It kind of began with Glock, but has spread to other manufacturers. I makes for a light, cheap, east-to-use pistol. But many daily carriers don’t much trust strikers and prefer to carry a hammer-fired weapon. Sig has kind of perfected the hammer-fired pistol, but of late seems to have abandoned all their old hammer-fired guns in preference to their two new strikers, the P320 and P365, now THE most popular pocket-sized pistol on the market.

And NO ONE STILL can make as good a trigger as a 1911. It is the gold standard in triggers.

“Modern” versions of the 1911 are not much used anywhere.

According to the Wikipedia page, the most recent U.S. government procurement of a derivative of the M1911A1 was in 2014, when the U.S. Marine Corps ordered 12,000 units of what was designated the “M45A1 CQBP” (Close Quarter Battle Pistol). It is described as:

The improved M45A1 CQBP features several changes to the original M1911A1 design. One feature is the dual recoil spring system that spreads out the recoil force of the .45 ACP round by lowering the peak force of the recoil pulse. It also has 3-dot tritium night sights a 5-inch national match barrel, ambidextrous safety, picatinny rail, and a desert tan Cerakote finish.

As of 2019, the pistols were use by Marine Force Recon, with “some units hav[ing] the Glock 19 or Beretta M9A1 as an alternative”.

In almost every type of firearm he touched, Browning took it to 90+ percent of where that firearm type might be for the next 40-100 years. Whatever came before Browning looks antique. What Browning left looks relatively modern.

He mentioned “Stevens”, but I believe he was referring to “Savage”
which bought Stevens after WWI.

Stevens Arms was an American firearms manufacturer founded by Joshua Stevens in 1864 in Chicopee, Massachusetts. The company introduced the .22 Long Rifle round and made a number of rifle, shotgun, and target pistol designs. By 1902, they were advertising themselves as "the largest producers of sporting arms in the world". They were purchased by New England Westinghouse on May 28, 1915, and again by Savage Arms on April 1, 1920. As a division of Savage, Stevens continued to produce fire Ste... 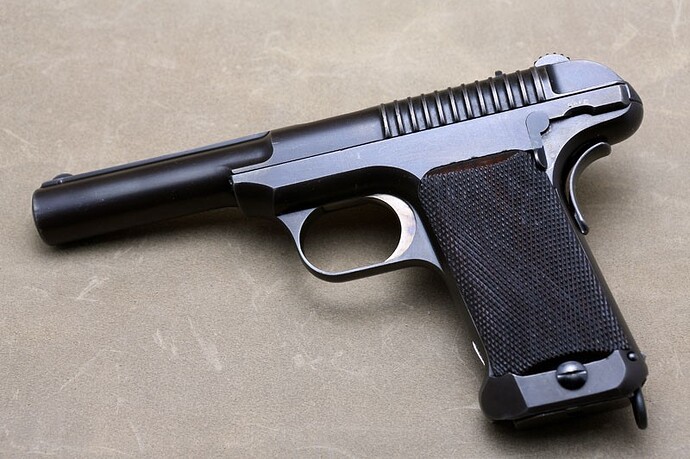 Obscure Object of Desire: Savage 1907 .45 Pistol - The Truth About Guns

◀Previous Post Next Post▶  by Beetle (beetle@vintage1911s.com) “If it ain’t a Savage, it’s a Substitute!” “The Savage 1911, defending America for 100 years!” If these two phrases sound a bit off to you, it’s for good reason. Typically these... 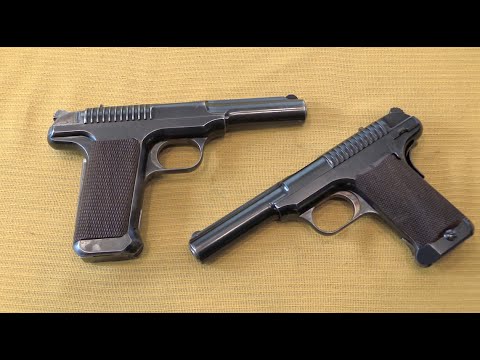 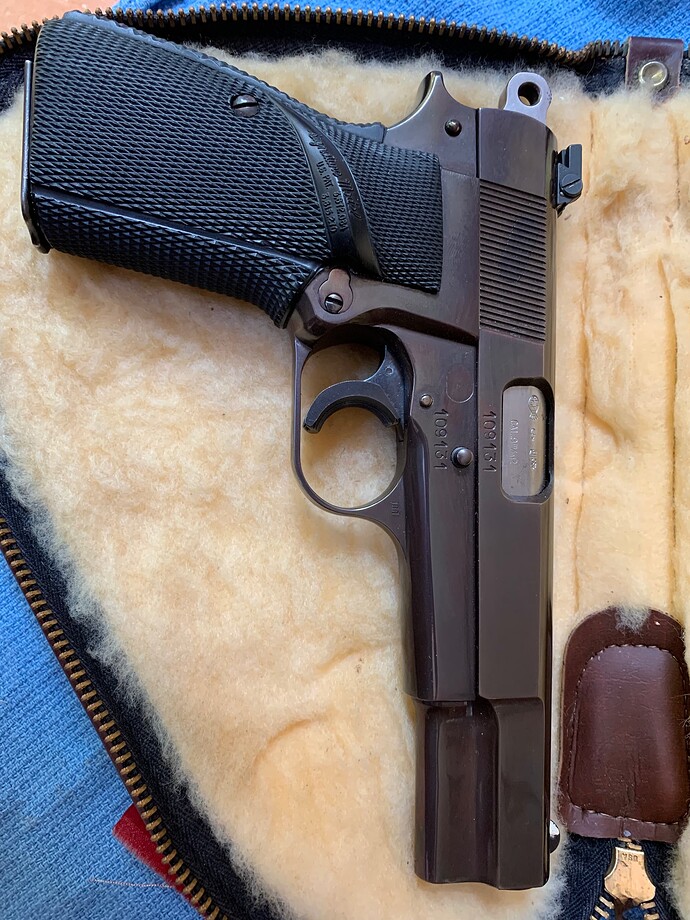 Yup! Just like every OTHER “new & improved” product. Recoil springs can be purchased in 1lb increments to “tune” ANY action. But look at the essentials of the weapons. There are a large plethora of accoutrements one can obtain, including any number of different sights, grips, hammer shapes, and even trigger profiles. One of the contentious things today is the picatiny rail on the dust cover. Young guys often like them because you can hang all manner of things (lights, lasers) on them while purists don’t care for them.

But when you take away all the doodads, you have the pistol JMB designed just as it was, essentially 111 years ago.