The research paper, published in the 2022-10-03 issue of Ecology, is “Direct observation of killer whales predating on white sharks and evidence of a flight response”. Full text [PDF] is available at the link. Here is the abstract:

Killer whales (Orcinus orca) and white sharks (Carcharodon carcharias) are marine apex predators which shape prey behaviour and even entire ecosystems, through direct predation effects and indirect fear effects ( e.g. Estes et al. 2009, Heithaus et al. 2008). Killer whales are known to occasionally hunt white sharks; although only three studies have formally described this behavior and the associated flight responses in white sharks (Pyle et al. 1999, Jorgensen et al. 2019, Towner et al. 2022a). However, direct observation of predation has been lacking, giving rise to speculation on the hunting strategies used by killer whales to capture and kill white sharks, and the subsequent behavioral impact on surviving white sharks in the area where the predation took place, including the cues and timing of shark responses to these events.

A popular article in ScienceAlert, 2022-10-05, “Watch A Great White Become an Orca’s Lunch in World-First Footage”, recounts the story.

In the harbor of Mossel Bay [South Africa] on the afternoon of 16 May [2022], a drifting drone caught sight of a white belly in the blue. A handful of killer whales were swimming near the surface, and the drone pilot – a hobbyist on the beach – decided to track them.

As the drone followed and recorded the group, a pair of orcas split eastward towards the local river’s mouth – a known hotspot for shark activity.

Two of the remaining cetaceans began swimming close together on the ocean’s surface, facing opposite directions, as though they were keeping a look out.

Seven seconds later, a fifth orca emerged from the deep right between the two patrols. Its nose was pushing a three-meter-long white shark, belly-side up, to the surface. With a quick flip, the orca rolled the shark on its side and bit into its belly behind its pectoral fin, blood spilling into the sea.

With the shark clasped firmly in the orca’s jaws, the fifth individual dove deep once more, releasing the carcass as it went.

One of the patrolling orcas then approached and grabbed the shark’s tail, pulling the once mighty hunter into the abyss, never to be seen again.

Four minutes before the feeding event, beach-based observers and the drone pilot reported seeing sharks fleeing the area. Some even came in to shore as shallow as two meters.

That day, ten sharks had been observed from the drone. But for weeks after the killing spree, hardly any sharks were seen in the area, based on satellite tags, drone surveys, and boat sightings.

The fact that Starboard, an older male orca, has now been caught hunting white sharks with a different pod of orcas suggests that the behavior may be spreading.

If more orcas adopt the practice, then it could have a serious impact on local shark populations, which are treasured and respected in Mossel Bay.

Fewer sightings of sharks off the coast have led some to blame illegal hunting activities and overfishing for their absence. But that might not be true after all.

Sharks as victims… Hmmm. Seems to resonate with societal events currently in the US. Hardly a day goes by without at least one report of a “random attack” of some defenseless person by a predatory perpetrator, usually considered to be a “victim” of some kind. As the film suggests, and as is the case for killer whales, for career criminals, the witnessed event represents about 5% of the perp’s actual criminal activities. All that’s missing are the fins and flippers.

One of my favorite hobbies is to find videos on YouTube showing Orcas hunting. These are really smart creatures in that they can adjust their hunting techniques based on the animals they are hunting, where they are hunting, and the various methods of evasion used by the prey. Orcas are one of my favorite animals. Alas, so are Great Whites (thanks to Jaws when I was a kid). Thanks for the video John.

Fewer sightings of sharks off the coast have led some to blame illegal hunting activities and overfishing for their absence. But that might not be true after all.

This stood out to me. Orcas are known for hunting just for sport. There are several documented cases of Orcas hunting down Grey Whales, especially young Grey Whales, and killing them, eating maybe the tongues or livers and leaving the rest to rot. One video I have seen showed an Orca kill a dolphin and then carry around in its mouth around a Whale Watching tour boat as through it was showing the kill off to the tourists on the boat. So “over fishing” by Orcas would not surprise me as the culprit for decreased shark populations in South Africa.

Fun fact, Orcas are NOT whales. They are dolphins.

One more. This is the trophy kill I mentioned above: 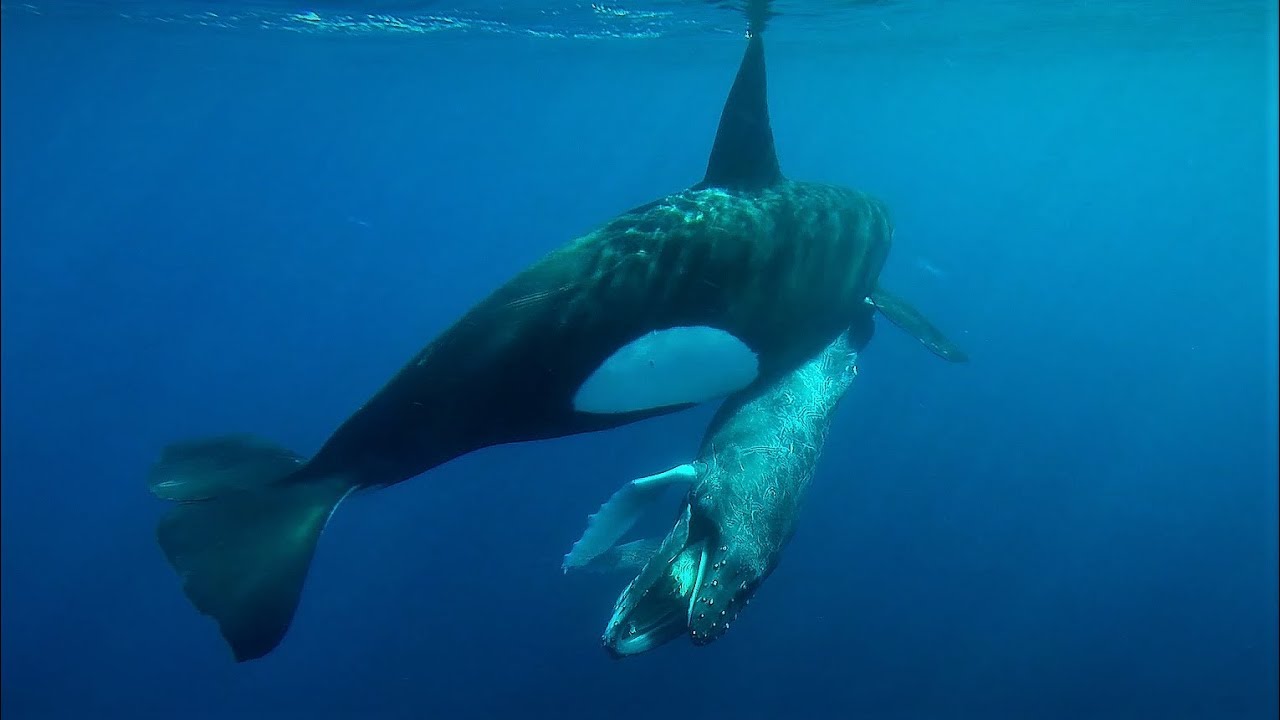 There are actually any number of predators that hunt and kill for “sport”. Many of the feral cats, for instance.

Fun fact, Orcas are NOT whales. They are dolphins.

Probably discussed in several of the films, but they were originally descriptively named “whale killers” and that somehow got turned around:

Orcas were given the name ‘killer whale’ by ancient sailors’ observations of groups of orcas hunting and preying on larger whale species. They called orcas asesina ballenas, or ‘whale killer’ – a term that was eventually flipped around to the easier ‘killer whale’. Their Latin name, Orcinus orca, also reflects this observation of orcas feeding on large whales. Orcinus translates to ‘of the kingdom of the dead,’ and orca refers to a kind of whale. We know that orcas are top predators, yes, but not the vicious ‘whale killers’ that the ancient mariners thought them to be. 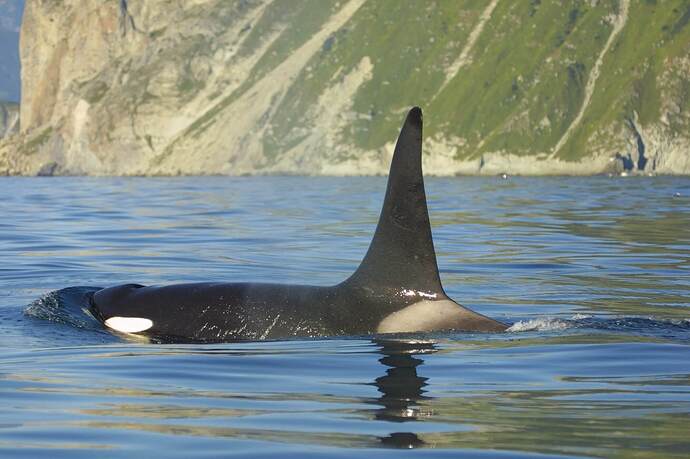 Orcas, also known as killer whales, are are the largest member of the dolphin family. Threats to orcas include hunting and captivity.

I’m SO glad I read this!
So these dolphins (so smart, right, such huge brains) are gratuitous killers! Maybe that’s just one of the things that happens when you evolve a highly developed brain, like we did: such creatures find it life-affirming to terminate some other creatures life just cuz you can. And gourmands: surely “humpback whale tongue” is an acquired taste……wow, next they’ll be farming the whales, herding ‘em, feeding ‘em specially cultivated plankton, just so they can slaughter ‘em for their tongues and livers! As for the sharks, they’re like pigs, right? They can feed on the rest of the whale carcasses (carci?), be fattened up so these whale-killer killer-dolphins can eat them, too!
“Nature, red in tooth and claw”—and flipper, evidently. Thanks for this.