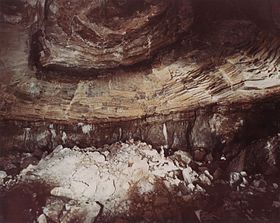 Project Gnome was the first nuclear test of Project Plowshare and was the first continental nuclear weapon test since Trinity to be conducted outside of the Nevada Test Site. It was tested in southeastern New Mexico on December 10, 1961, approximately 40 km (25 mi) southeast of Carlsbad, New Mexico. First announced in 1958, Gnome was delayed by the testing moratorium between the United States and the Soviet Union that lasted from November 1958 until September 1961, when the Soviet Union resumed ...

Most similar to the proposed Yorkshire detonation was Project Ketch, a proposed 24 kiloton underground detonation in central Pennsylvania intended to create an subterranean storage cavity for natural gas with a capacity of 465 million cubic feet. The test was scheduled for 1967, but as Project Plowshare wound down, was not pursued. Pennsylvania Geology published a 50 year retrospective on the project in 2017, “The Half-Century Anniversary of Project Ketch” [PDF].