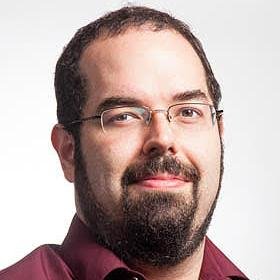 @ESYudkowsky
After someone dies, a GPT-4 clone is retrained on all her emails and online messages, which are then deleted, per her last will. Put online, the GPT-4 clone accuses one person of being her murderer, repeatedly. Is this reasonable cause for police to launch an investigation?

Let me unpack this.

“GPT-4” is the presumed next-generation successor to GPT-3, (Generative Pre-Trained Transformer 3), a language model and prediction tool which generates human-like text from natural language prompts. GPT-3 has a capacity of 175 billion machine learning parameters, and was trained on a corpus of 500 billion tokens from a broad selection of texts and other sources. GPT-4 is speculated to support a language model of 100 trillion parameters.

“[R]etrained on all her emails and online messages” is the process of taking a general-purpose model such as GPT-3 and training it with a large corpus of text produced by a single human subject, with the goal of having it emulate responses that individual would produce given the same prompts. Rudy Rucker dubbed this concept a “Lifebox” in his 2005 book The Lifebox, the Seashell, and the Soul (free to read online), and a postmortem lifebox played a central rôle in Jackson Coppley’s 2016 novel Leaving Lisa.

Here, a decedent has willed that all her collected online writings be used to train a GPT model, which will then be placed online so that those who knew her in life and others can interact with its emulation of her responses to their messages. After the model is placed online, it persistently steers conversations onto the topic of the person’s death, specifically accusing a single individual of having murdered her.

(If I were writing the story, I would make the death have been deemed by natural causes or accident, and the person accused be a member of the team who built the GPT model from her data, but that’s just me.)

Yudkowsky’s post included a Twitter poll on the concluding question, “Is this reasonable cause for police to launch an investigation?”. Results were: