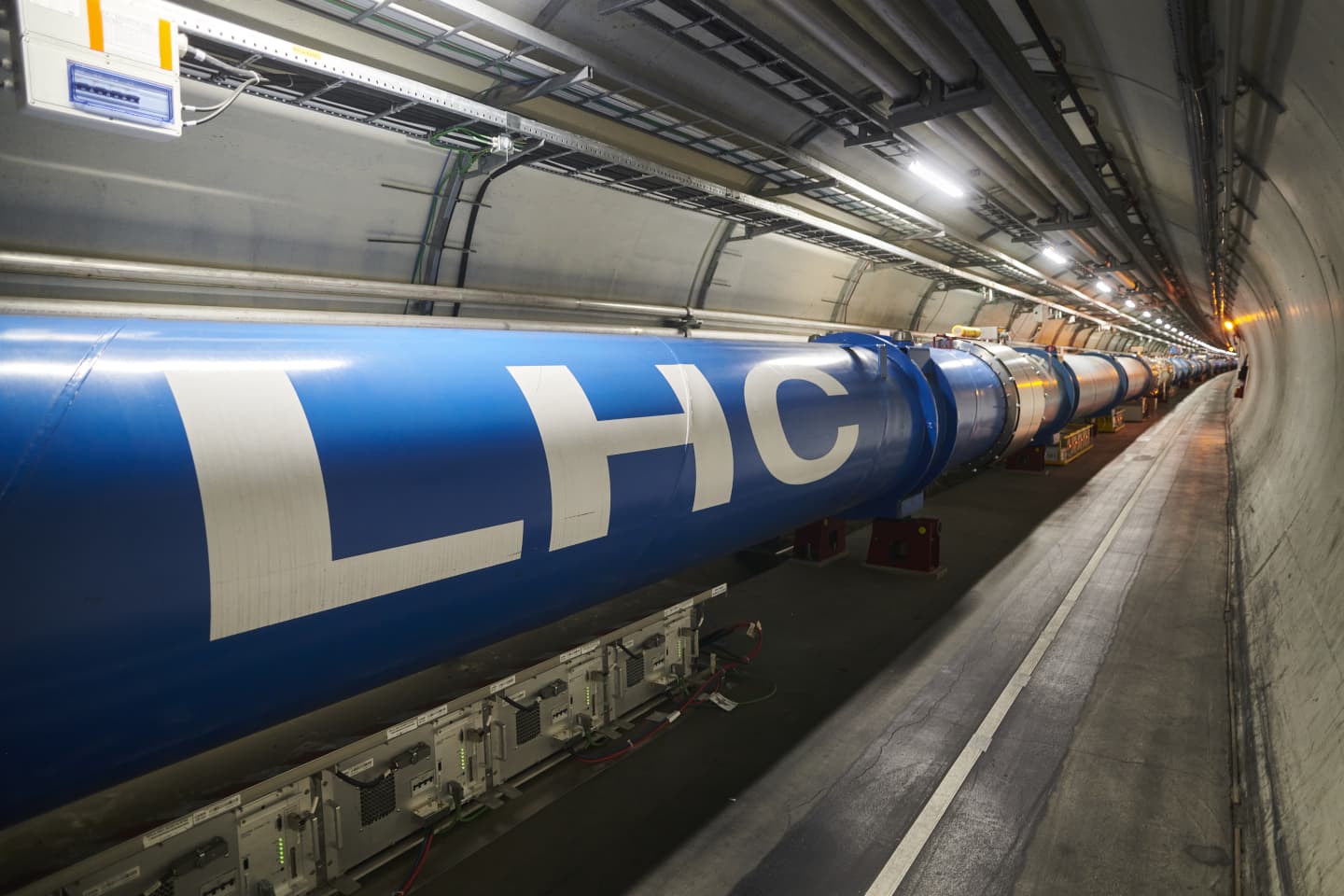 The world’s largest and most powerful particle accelerator has restarted after a break of more than three years for maintenance, consolidation and upgrade work. Today, 22 April, at 12:16 CEST, two beams of protons circulated in opposite directions around the Large Hadron Collider’s 27-kilometre ring at their injection energy of 450 billion electronvolts (450 GeV).

“These beams circulated at injection energy and contained a relatively small number of protons. High-intensity, high-energy collisions are a couple of months away,” says the Head of CERN’s Beams department, Rhodri Jones. “But first beams represent the successful restart of the accelerator after all the hard work of the long shutdown.”

Here are some photos from “My Trip to CERN” during a previous long shutdown in April 2013.