On the morning of 2022-12-08 Universal Time (the evening of the 7th in western hemisphere time zones), the near-full Moon passed in front of Mars for observers in much of Europe and North America. 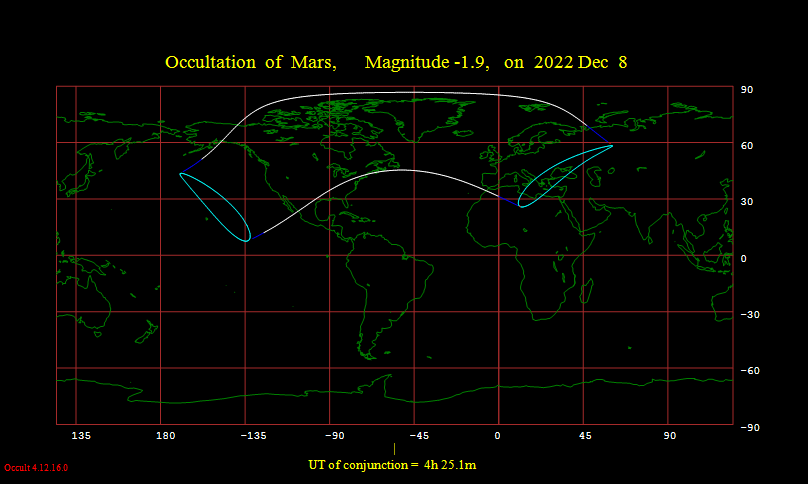 The video was taken from Griffith Observatory in Los Angeles, California. Disappearance of Mars behind the Moon starts at the 29:30 mark in the video and re-emergence is at 1:30:00. 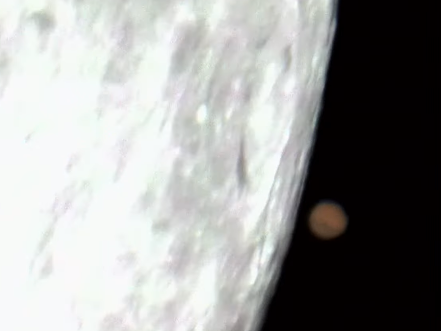 Lunar occultations of planets are no longer of scientific interest, but they remain spectacular events for visual observers. They are not rare (a total of nine occur in 2022, one of Venus, two of Mars, and six of Uranus), but since any occultation is only visible from a fraction of the Earth’s surface, observing opportunities for a given observer are less frequent. 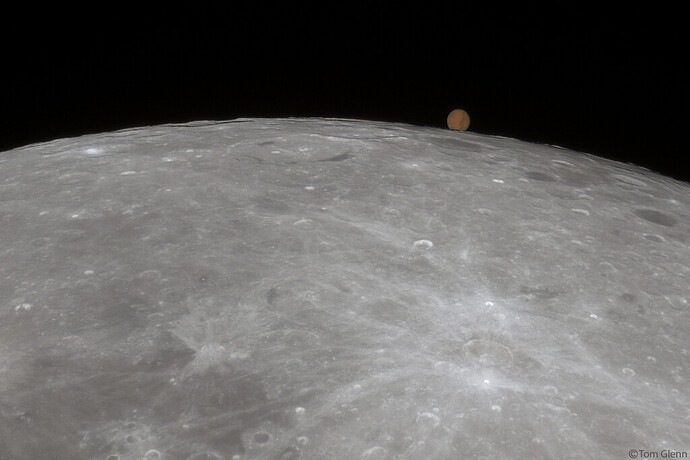 1024×683 108 KB
This gorgeous picture of Mars rising above the lunar limb near crater Abel is Astronomy Picture of the Day for 2022-12-09. The image was produced from a stack of 15 sharp video frames by Tom Glenn of San Diego, California. There is no exposure adjustment—the Moon and Mars appear with their actual relative brightness.
2 Likes