Magic: The Gathering is Turing Complete

@fermatslibrary
Researchers have found a way of of embedding a Turing Machine in a game of Magic: The Gathering, making it the only real-world game known to be unintentionally Turing Complete. Read more about it in this week's paper: https://t.co/cRNxBKpvfY 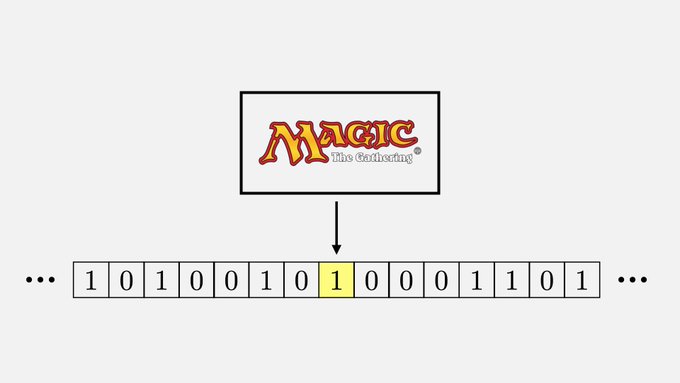 A system (usually, but not necessarily a computer or programming language) is said to be “Turing complete” or “computationally universal” if it is able to evaluate any computable function or, equivalently, can be shown able to simulate any Turing machine, which has this capability. Some extraordinarily simple systems have been proved to be Turing complete, including Stephen Wolfram’s cellular automaton rule 110, which can be thought of as a computer program which is eight bits in length.

At the other end of the complexity spectrum, three researchers have proven that “Magic: The Gathering is Turing Complete”. Magic: The Gathering is a fantastically complicated tabletop trading card game involving more than 20,000 different kinds of cards. The work shows that it is possible to embed a Turing machine in the game and that it is, hence, computationally universal and therefore undecidable. Here is the abstract.

*Magic: The Gathering* is a popular and famously complicated trading card game about magical combat. In this paper we show that optimal play in real-world Magic is at least as hard as the Halting Problem, solving a problem that has been open for a decade. To do this, we present a methodology for embedding an arbitrary Turing machine into a game of Magic such that the first player is guaranteed to win the game if and only if the Turing machine halts. Our result applies to how real Magic is played, can be achieved using standard-size tournament-legal decks, and does not rely on stochasticity or hidden information. Our result is also highly unusual in that all moves of both players are forced in the construction. This shows that even recognising who will win a game in which neither player has a non-trivial decision to make for the rest of the game is undecidable. We conclude with a discussion of the implications for a unified computational theory of games and remarks about the playability of such a board in a tournament setting