In a paper published in the September, 2021 issue of the Elsevier journal Materials Today Bio, “Blood, sweat, and tears: extraterrestrial regolith biocomposites with in vivo binders” (full text PDF download available from the link), the authors report making a material from simulated Lunar and Martian regolith and human serum albumen extracted from human blood to create a biocomposite with strength comparable to concrete. Adding urea can increase the compressive strength up to 300%. Here is the abstract.

The proverbial phrase ‘you can’t get blood from a stone’ is used to describe a task that is practically impossible regardless of how much force or effort is exerted. This phrase is well-suited to humanity’s first crewed mission to Mars, which will likely be the most difficult and technologically challenging human endeavor ever undertaken. The high cost and significant time delay associated with delivering payloads to the Martian surface means that exploitation of resources in situ — including inorganic rock and dust (regolith), water deposits, and atmospheric gases — will be an important part of any crewed mission to the Red Planet. Yet there is one significant, but chronically overlooked, source of natural resources that will — by definition — also be available on any crewed mission to Mars: the crew themselves. In this work, we explore the use of human serum albumin (HSA) — a common protein obtained from blood plasma — as a binder for simulated Lunar and Martian regolith to produce so-called ‘extraterrestrial regolith biocomposites (ERBs).’ In essence, HSA produced by astronauts in vivo could be extracted on a semi-continuous basis and combined with Lunar or Martian regolith to ‘get stone from blood’, to rephrase the proverb. Employing a simple fabrication strategy, HSA-based ERBs were produced and displayed compressive strengths as high as 25.0 MPa. For comparison, standard concrete typically has a compressive strength ranging between 20 and 32 MPa. The incorporation of urea — which could be extracted from the urine, sweat, or tears of astronauts — could further increase the compressive strength by over 300% in some instances, with the best-performing formulation having an average compressive strength of 39.7 MPa. Furthermore, we demonstrate that HSA-ERBs have the potential to be 3D-printed, opening up an interesting potential avenue for extraterrestrial construction using human-derived feedstocks. The mechanism of adhesion was investigated and attributed to the dehydration-induced reorganization of the protein secondary structure into a densely hydrogen-bonded, supramolecular β-sheet network — analogous to the cohesion mechanism of spider silk. For comparison, synthetic spider silk and bovine serum albumin (BSA) were also investigated as regolith binders — which could also feasibly be produced on a Martian colony with future advancements in biomanufacturing technology.

Or, in a more detailed view of the flow of resources in a Mars settlement. 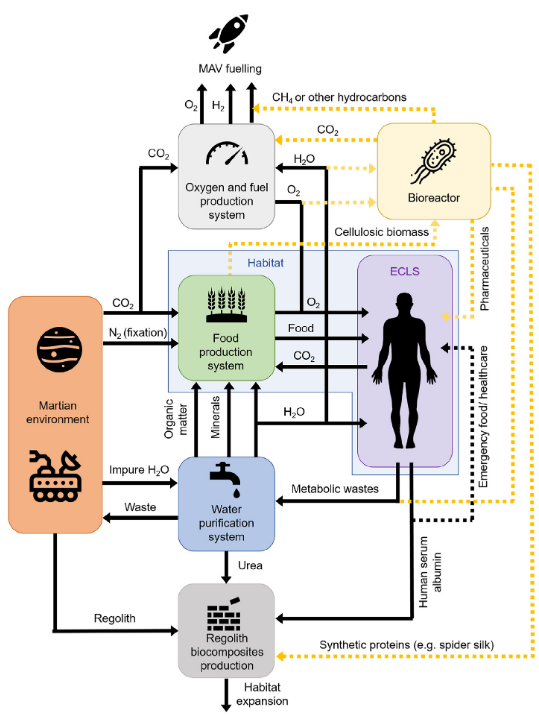 As noted in the abstract, it may be possible to avoid sucking blood from the human colonists by employing silk harvested from genetically-engineered spiders from Mars. Wasn’t there a song about that? 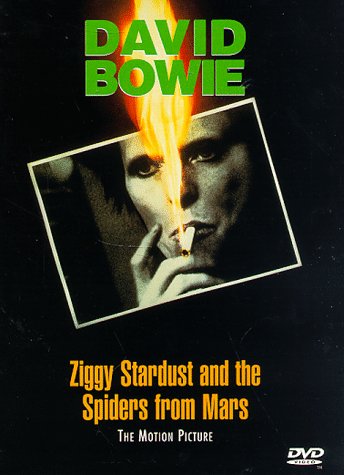 Here are some details from the paper. 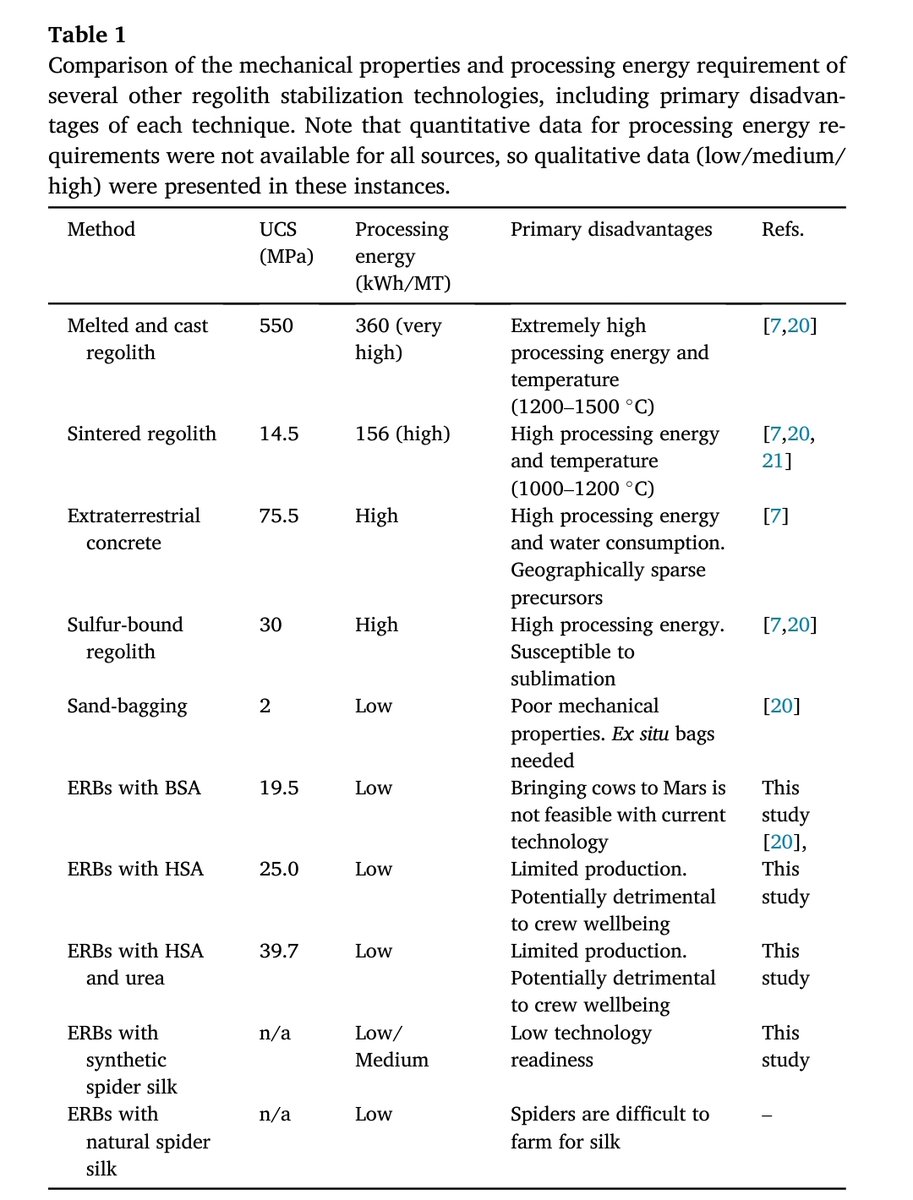 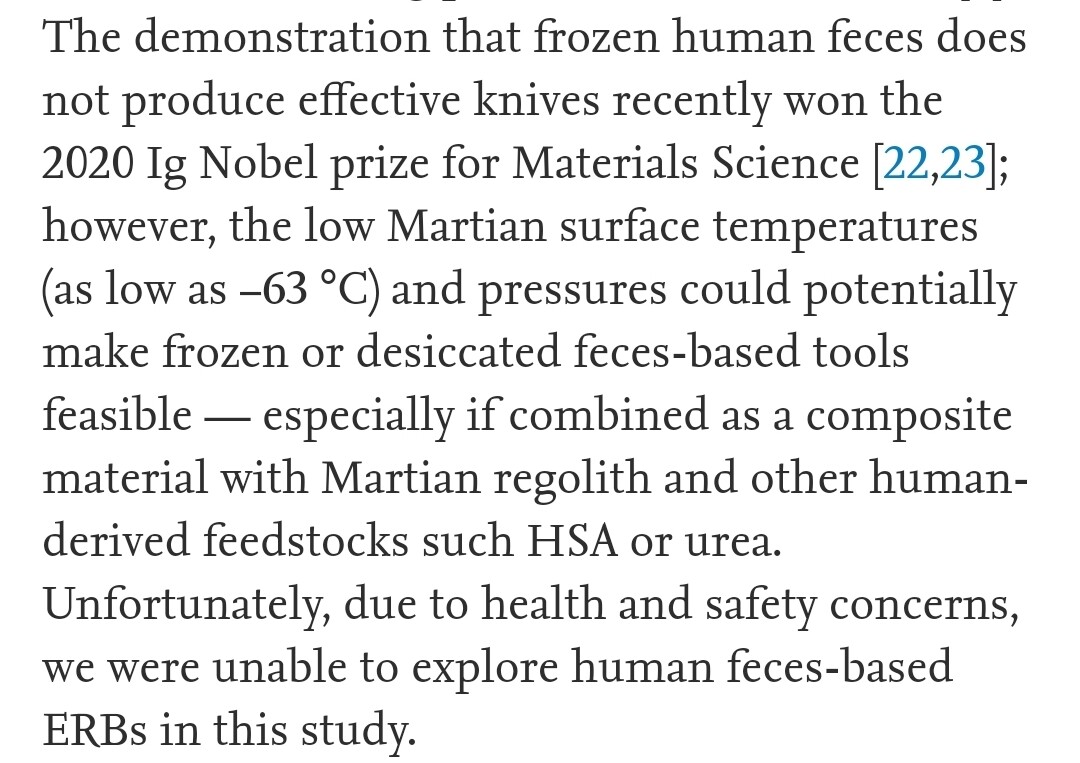 Notice in the figures, the authors used “black men” as the source of blood. Racists!

Like we already have an excess of blood we don’t know what to do with.

Okay, how about this?

Four undergraduate students in the Department of Construction Engineering have developed self-luminous concrete to light up roadways and pavements without using conventional energy sources.

Well, as @Devereaux observed, blood is rather in short supply. Worse, given the additional stresses on all bodily systems under non-Earth gravity. Especially disturbed are homeostatic mechanisms for maintenance of proper intravascular volume. This is critical to adaptation to non-standard gravity environments and is especially dependent on serum albumin levels.

As to luminous concrete, I thought current wisdom instructs that concrete is a large CO2 contributor, thus bad. That said, the article doesn’t say what the material actually is. When it comes to nighttime illumination, my first thought is that incident light upon objects originating from an external source(s) likely makes far better visual information available than glowing roadway structures. In addition, I wonder if the students considered the likely creation of airborne particles of the material and the biological effects of its ingestion (cutaneous, breathing, ‘eating’ via contamination of food/water). In short, I’m not going to go out and try to get in on the ground floor of whatever startup may emerge.

Okay, how about this?

Wasn’t trying to impress anyone, just found the idea interesting. Maybe should have posted in crazy years thread?

Or, in a more detailed view of the flow of resources in a Mars settlement.

That must be a magical bioreactor. You put a unit of food into it and you not only get enough energy required to get another unit of food, but so much excess energy you can do all these other things too.

That must be a magical bioreactor.

The diagram shows only material flow. Most studies of in-situ resource utilisation on Mars assume energy input from a small nuclear reactor for the fuel production and other operations which are endothermic. Solar panels are a possibility, but due to the weaker sunlight on Mars and Earth-like day and night cycle aren’t as attractive except for very small settlements.

I saw that, but couldn’t help myself.

I am not negative about expanding to space, but energy in massive quantities, hydrocarbon production and atmosphere control are all necessary. These are all the lesser problems to solve here on earth. Yet the science community is acting like the world will end in 5, 10 or 30 years (depending on the “expert”). It is a huge contradiction and many of the players are the same.