I had always thought the prominent blue veins in gorgonzola cheese were where spores of the mould Penicillium glaucum were injected to create the blue interior. In fact, the mould spores are mixed evenly with the curd before being formed into wheels, then the wheels are punctured by metal rods, which provide channels where air can enter, allowing the spores to grow outward from them. The veins are where the air channels were created.

Penicillium glaucum is distinct from Penicillium roqueforti, used in many other blue cheeses, and Penicillium chrysogenum, the fungus Alexander Fleming discovered to suppress bacterial growth. 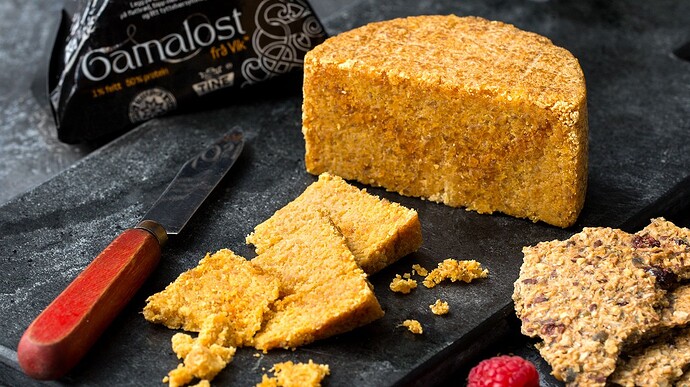 On the Hunt for Gamalost Cheese, Norway’s 'Viking Viagra'

Cheesemakers are riffing on the mythic "old cheese" with hopes to make it part of the Norwegian diet again.

Gamalost’s use in healing over the centuries isn’t just a coincidence—this stuff is a superfood of epic proportions, with a substantial presence of peptides and vitamin K2. Plus, unlike most strong, rapidly maturing cheeses, gamalost is high and protein and low in fat. The secret, says nutrition scientist Siv Borghild Skeie, is in the Mucor mucedo mold which is added to the skimmed-milk cheese after being cooked in acid whey. “The proteolytic pattern of the mold is unique, giving the cheese its particular strong flavor,” she says. “To my knowledge this mold is rarely used in other cheese varieties.”