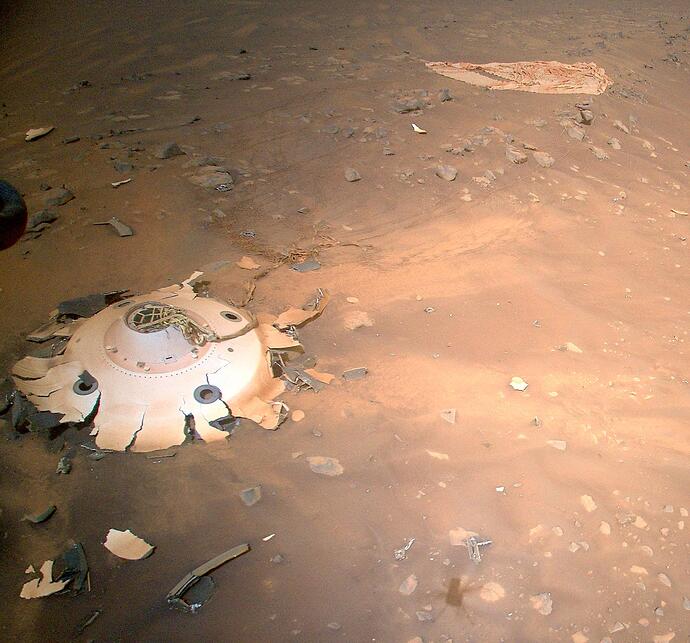 On its 26th flight on Mars, the Ingenuity helicopter imaged the aeroshell and parachute that carried the Perseverance rover toward the Martian surface before releasing the sky crane that lowered the rover to the surface with rocket propulsion. The aeroshell continued to descend under the parachute, impacting the surface at around 35 metres per second (Mars’s atmosphere, more than 100 times thinner than Earth’s, limits the effectiveness of parachutes). The aeroshell landed upright, with damage from the impact apparent. The parachute is visible at the top right of the image. Here is a view of the aeroshell before launch. 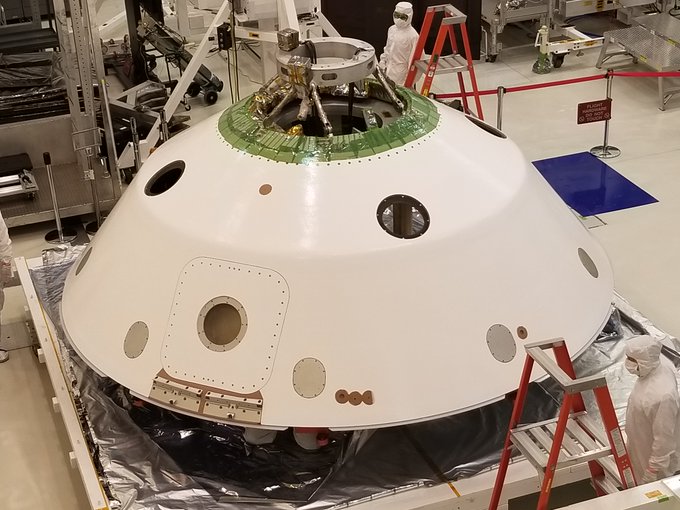 Ingenuity’s 159-second flight began at 11:37 a.m. local Mars time April 19, on the one-year anniversary of its first flight. Flying 26 feet (8 meters) above ground level, Ingenuity traveled 630 feet (192 meters) to the southeast and took its first picture. The rotorcraft next headed southwest and then northwest, taking images at pre-planned locations along the route. Once it collected 10 images in its flash memory, Ingenuity headed west 246 feet (75 meters) and landed. Total distance covered: 1,181 feet (360 meters). With the completion of Flight 26, the rotorcraft has logged over 49 minutes aloft and traveled 3.9 miles (6.2 kilometers).