Masten Space Systems filed for Chapter 11 bankruptcy on Thursday, signaling the end of a pioneering NewSpace company and a NASA-funded mission to send a small lander to the surface of the moon.

NASA awarded Masten a contract in April 2020 to deliver the MoonRanger rover and eight scientific payloads to the lunar surface aboard Masten’s XL-1 lander late next year. The space agency awarded the contract for Masten Mission One under its Commercial Lunar Payload Services (CLPS) initiative, which pays commercial companies to deliver instruments to the moon.

“The $75.9 million award includes end-to-end services for delivery of the instruments, including payload integration, launch from Earth, landing on the Moon’s surface, and operation for at least 12 days,” NASA said in a press release.

NASA’s CLPS contract did not cover the entire cost of mission. Masten had difficulty raising additional funds by finding private payloads to fly to the lunar surface.

“We ran out of money after grossly underbidding. The estimate was $105 million but I was told that we had found a 30 million dollar private customer who wanted to fly with us,” said a source that requested anonymity. 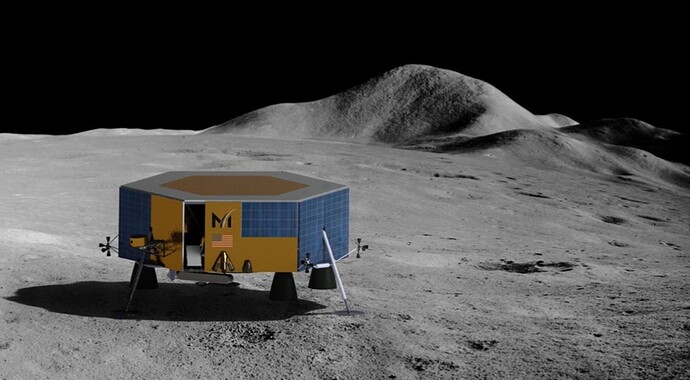 Obligatory:
Q: How to you make a small fortune in the aerospace business?
A: Start with a large fortune.

@
According to bankruptcy court filings, Masten Space Systems held an auction yesterday for its assets; Astrobotic, which had an agreement to acquire substantially all the assets, had the high bid at $4.5M. A court hearing is scheduled for tomorrow to approve the auction results.
@
There were also bids from Intuitive Machines for Masten’s SpaceX launch credit and from Impulse Space for “certain testing equipment, but their values were less than Astrobotic’s bid.”
4 Likes
johnwalker 13 September 2022 19:21 #4

Astrobotic and Masten’s combined workforce of more than 200 employees will continue operations in Pittsburgh, Pennsylvania and at the Mojave Air and Space Port in California. The combined company will maintain suborbital flight operations at Masten’s test sites at Mojave, with plans to continue offering the space industry a key testing site for hot fire rocket tests.

At Astrobotic, the former Masten team will continue to offer and develop its unique test capabilities, including providing VTVL test flights for commercial and government customers. Astrobotic plans to expand these test flight offerings with the development of the next-generation Xogdor rocket, which will offer higher altitudes, longer missions, and supersonic flight for suborbital payload testing.

There was no mention of the terms, but as noted in a previous comment, a court filing listed Astrobotic’s bid as US$ 4.5 million. No mention was made of the status of Masten’s NASA Commercial Lunar Payload Services US$75.9 million contract to deliver a lander near the lunar south pole.