One of the most formidable problems facing spacecraft operating on the lunar surface is the lunar day/night cycle which, except for a few small places near the lunar poles, is 14 days of sunlight followed by 14 days of night. At night, not only is there no solar power available, but temperatures can fall to −232° C, which is lethal to many components which are rated for operating temperatures no lower than −40° C. Batteries sufficient to provide heat and power over two weeks of darkness are prohibitively heavy. Some lunar probes have used radioisotope heaters and thermal electric generators, but these are difficult to obtain and extremely expensive, which rules them out for the small, low cost lunar missions now being planned.

Masten Space Systems, which is presently planning two lunar missions, has developed a system called the Nighttime Integrated Thermal and Electricity (NITE) to address this problem. Here is an artist’s conception of the system with a soda can for scale. 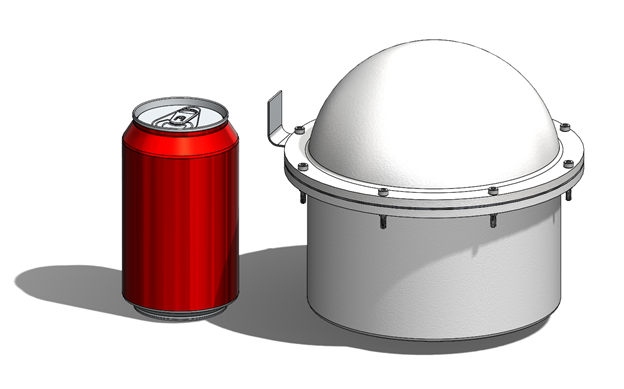 NITE generates heat by the oxidation of metals, just as chemical hand warmers do, then uses thermoelectric generation to produce electrical power. The clever thing about NITE is that the reactant used to oxidise the metal is left-over propellant from the landing engine, which must carry extra propellant in any case as a safety margin for landing. Masten estimates that a NITE system in a typical configuration should be able to operate for as long as 12 months using lander propellant and longer if a probe is able to collect and exploit lunar water.