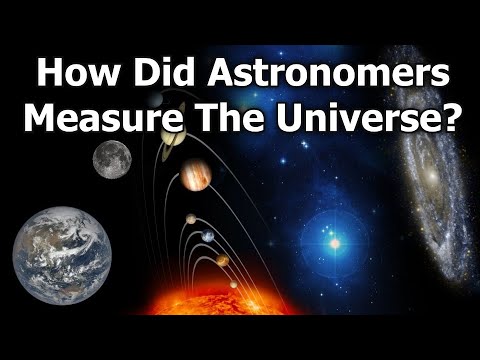 Here is more information on the cosmic distance ladder and how each step was discovered and refined. It is remarkable that it was less than a century ago when it was definitively established that “spiral nebulæ” are galaxies external to the Milky Way and not gas clouds within it, implying that the universe is enormously more vast than our galaxy, which was previously thought to be the entire universe.

That is an excellent video. It does leave one wondering about the nature of the universe. Whether we go down to the scale of the innards of the atom or up to the scale of the cosmos, it seems the main characteristic of everything is … empty space. Why so much yawning emptiness?

… it seems the main characteristic of everything is … empty space. Why so much yawning emptiness?

There’s actually a very good reason for this, which is easy to understand.

Gravity! If you try to pack too much mass-energy into a given volume, gravity dominates all of the other forces (because even though it is so much weaker, it is always additive) and causes the mass to collapse. If there weren’t so much empty space in atoms, they would aggregate and collapse into nuclear matter like a neutron star. As this matter continued to accrete, it would overcome the neutron degeneracy and collapse into a black hole. It’s only because the universe has so little mass per unit volume that the whole thing doesn’t collapse quickly into a big hole.

This is one of the “fine tuning” mysteries of cosmology. If you varied the density of the very early universe by a tiny factor—perhaps one part in 10^{120} — the universe would have collapsed into a single black hole or else dispersed to quickly that stars and galaxies never formed. The theory of cosmic inflation is one of the proposed explanations for this but, so far, there is no direct evidence for it.’

If there weren’t so much empty space in atoms, they would aggregate and collapse into nuclear matter like a neutron star.

But they tell us that the Universe started out with a Singularity, with the entire mass of the Cosmos squeezed into something smaller than a pinhead. Not much empty space there at all! It certainly is convenient that there is now enough empty space in atoms & galaxies to tame the force of gravity – but back at the beginning, gravity ruled!

The implication is that our current understanding of the Universe is incomplete. Which should be an encouraging thought – there is much for us human beings still to learn.

Scott Manley is always informative and entertaining, in a nerdy fashion. I had missed this one, so thanks!

Not much empty space there at all! It certainly is convenient that there is now enough empty space in atoms & galaxies to tame the force of gravity – but back at the beginning, gravity ruled!

Measurements of the cosmic background radiation indicate, to a high degree of precision, that the global geometry of the universe is “flat”, which is just another way to say that the negative potential energy of the mutual gravitation of its components exactly balances the energy of the expansion of them. This means that the net energy content of the universe is precisely zero, which means that its creation ex nihilo does not violate conservation of energy. This may be profound or just a coincidence.

How did these unrelated things: mass-energy density and rate of expansion, come to be precisely balanced without fine-tuning from above? The current theory is cosmic inflation, which just makes it happen as the result of a huge expansion shortly after the big bang that flattens out any bumpiness in the initial state of the universe.

There is, at present, no direct evidence for inflation. It is widely believed because it’s the only way to explain the initial state of the universe without invoking a divine Creator or a student running the science fair simulation which is our universe.

but back at the beginning, gravity ruled!

Not exactly. Had gravity truly ruled, the universe would never have expanded. The key factor was temperature, i.e., disorganized kinetic energy. The early universe was hotter than hell — so hot and dense that matter was in the form of isolated elementary particles and radiation (photons) was in equilibrium with matter. Combination of nucleons happened in about the first three minutes and it took a few hundred thousand years for the freely-roaming nuclei and electrons to condense into atoms.

The early universe was hotter than hell — so hot and dense that matter was in the form of isolated elementary particles and radiation (photons) was in equilibrium with matter.

The Wikipedia article “Timeline of the early universe” provides a useful summary with links to additional detail. The primordial fusion (big bang nucleosynthesis) began around three minutes after the big bang and ended at around twenty minutes. At that time, around 75% of matter was hydrogen, 25% had been fused into helium, with a pinch of lithium and deuterium. At this time, most of the mass-energy in the universe was in photons, not matter. It wasn’t until 47,000 years after the big bang that expansion had stretched out the wavelength of the photons sufficiently that their contribution was equal to that of matter, and 70,000 years before the energy fell sufficiently low that matter could begin to aggregate under the force of gravity into larger structures. The first atoms formed around 370,000 years after the big bang, at which point the universe became transparent, causing the photons to cease interacting with matter. These photons are those which we observe today, red-shifted by a factor of around 1100, as the cosmic microwave background radiation.

Ah! But that brings us to the Second Law of Thermodynamics and the arrow of time, the continually increasing entropy of the universe from that state of already highly disorganized kinetic energy. How can the Universe be more disorganized now than back at the beginning?

All this is definitely above my limited intellectual capacity – but there is a suspicion that our current theories are incomplete. Time will tell!

But that brings us to the Second Law of Thermodynamics and the arrow of time, the continually increasing entropy of the universe from that state of already highly disorganized kinetic energy. How can the Universe be more disorganized now than back at the beginning?

Because when you take gravitation into account, a near-perfectly uniform distribution of matter and energy as existed in the early universe is a state of extremely low entropy. The slightest variation in density (as existed due to quantum fluctuations, now observable in the cosmic background radiation) will cause gravity to attract more matter to over-dense regions and away from sparse regions, increasing the inhomogeneity. Because entropy is ultimately a measure of the probability of a state and there are uncountably more ways the distribution of matter and energy can be inhomogeneous than near-perfectly homogeneous, this gravitational collapse process increases entropy.

It is only because gravity is very weak on objects at the human scale that this effect can be ignored when calculating entropy of expanding gases, steam engines, etc. Gravity is negligible compared to the electromagnetic forces that cause gas pressure, etc., but on the scale of the universe, since it is always attractive, it dominates.

Ah! But that brings us to the Second Law of Thermodynamics and the arrow of time, the continually increasing entropy of the universe from that state of already highly disorganized kinetic energy. How can the Universe be more disorganized now than back at the beginning?

The answer to this question, as with so many others, is energy. It’s no problem to reduce the entropy in one part of the universe if you’ve got energy, which the early universe had in abundance. The Sun is full of disorganized motion but the little bit of its energy we receive has caused impressive reductions in entropy on Earth: plants, buildings, even humans. What matters is that the Sun is hotter than Earth, resulting in energy transfer to us, as Flanders & Swann explain below.

Overall, the entropy of the universe has increased from those early minutes. The primordial gas was hot and disorganized but it was also veerry small. Gases like to expand, cooling in the process (adiabatic cooling) because that’s the arrow of entropy. I was looking around for an old Scientific American article about this but could only find a text-only discussion of it, which I haven’t read: The Arrow of Time. I’ve got a pdf the article somewhere. I’ll post it later. 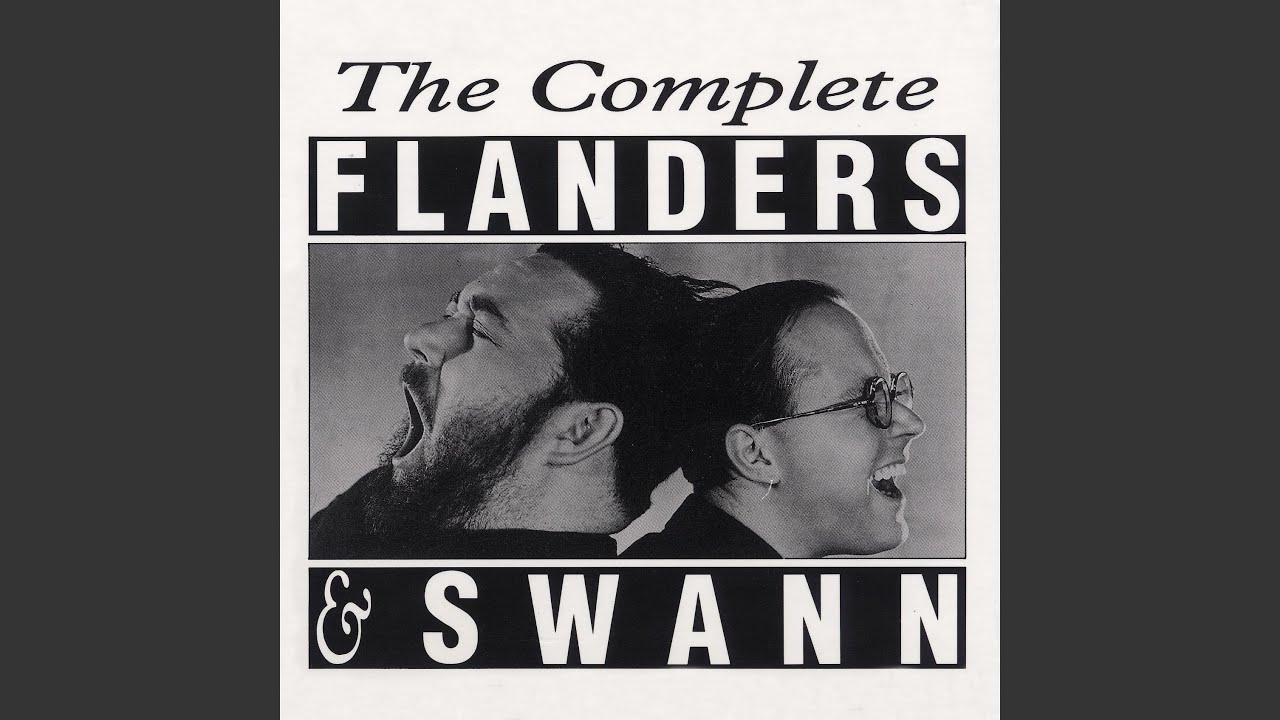 Remember back in the day, when Scientific American had science articles? On the arrow of time:

but on the scale of the universe, since it [gravity] is always attractive, it dominates.

That is exactly the point on which I am either woefully ignorant or failing to drink the Kool-Aid. Since gravity is always attractive, how do we get from the pinhead universe to where we are today?

It is fair enough to assert that the attractive force of gravity in the pinhead universe was exactly balanced by the repulsive force of energy — but it does seem to require an act of faith. The hypothesis that we are merely an unintended bug in some high-schooler’s simulation of a universe has a lot to recommend it. But it does not address the question of where the high-schooler’s universe came from?

It took me a long time to realize that Thermodynamics was where engineering met philosophy. The theory works, but it is really difficult to understand why. Is that so different from Isaac Newton laying down the Laws of Gravity – while admitting that he had no idea what gravity actually was?

I have become a somewhat reluctant proponent of humility. There is much for the human race still to learn. Future humans will undoubtedly shake their heads about some of the concepts we accept today – and I am not just talking about Catastrophic Anthropogenic Global Warming!

Since gravity is always attractive, how do we get from the pinhead universe to where we are today?

Although there are more complicated considerations in the case of cosmology, this is basically understandable from simple Newtonian gravity. Imagine the Earth were the only object in the universe. Throw a rock directly upward. It will rise for a while, stop, and fall back. Now throw it harder. It will rise farther and take longer to fall back. Continue to increase the speed at which you throw it and it will eventually reach a point (called “escape velocity”) where its speed is sufficient that it outruns the weakening of the Earth’s pull on it as it rises due to the inverse square decline in the force of gravity with distance. If you throw something upward with a speed in excess of escape velocity, it will continue rising from the Earth forever. Since gravitation is a long-range force, Earth will still continue to pull upon it and its velocity will fall, but its remaining velocity will still always be enough to overcome the tug of gravity at every point as it recedes.

Then, in studies of supernovæ in distant galaxies, it was discovered the expansion of the universe appears to be accelerating. This is still mysterious, attributed to “dark energy” about whose nature we can only guess. But it seems to imply that while the initial expansion of the universe was sufficient to keep it from re-collapsing, now it is actually accelerating faster and faster.