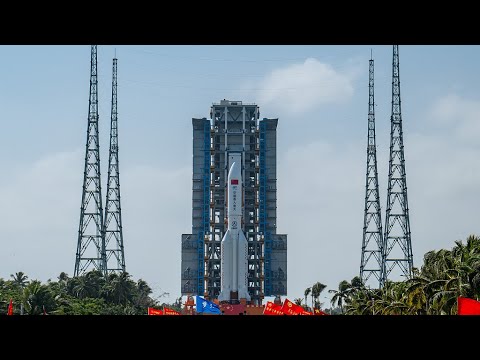 On 2022-10-31 the China Academy of Launch Vehicle Technology (CALT) launched the Mengtian laboratory module to expand the Tiangong space station now in low Earth orbit. The launch on a Chang Zheng 5B rocket from the Wenchang spaceport on Hainan Island was on time at 07:37:23 UTC. Mengtian is the second of two Laboratory Cabin Modules intended to dock with the Tianhe core module of the station. I have cued the launch replay to start one minute before liftoff. 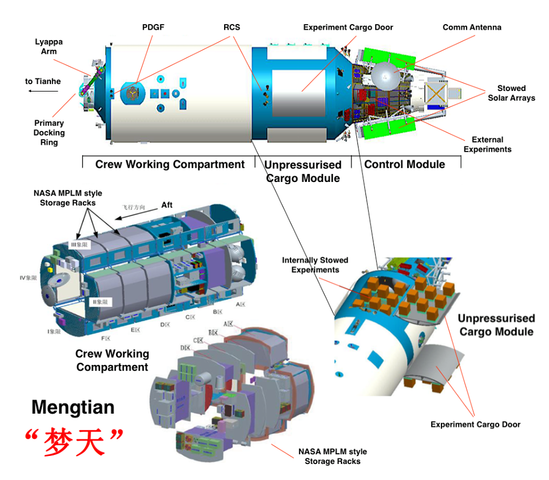 The module contains habitation space and facilities for both experiments in the pressurised module and externally, its own solar panels, and a propulsion system which can back up the one on the core module. The mass of the module is estimated at 23 tonnes. 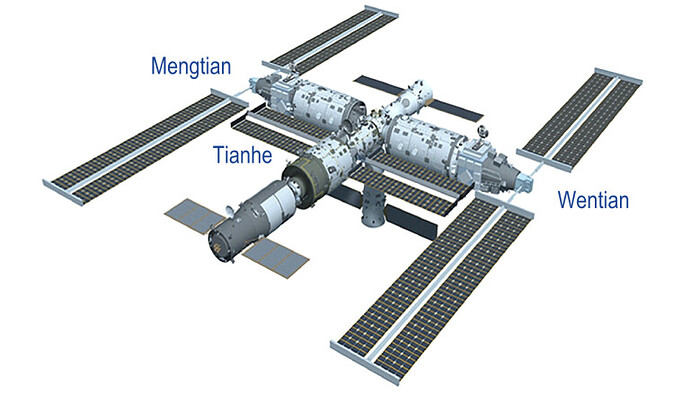 768×439 69.3 KB
The Long March 5B will be making its fourth flight. This is a variant of Long March 5 consisting of the hydrogen/oxygen core stage and four LOX/RP-1 boosters. It is intended to launch heavy payloads into low Earth orbit. It is an expendable heavy launch vehicle and is notable for, on its three previous missions, having the heavy core stage make an uncontrolled re-entry after its orbit decayed.

At 1:13:20 in the video, there is a fine example of Red Chinese propaganda. As I noted in the original post, the CZ-5B core stage is notorious for making uncontrolled re-entries and raining debris down anywhere in the world beneath its ground track. In the video, the Chinese commentator claims the core stage “…will be disintegrated by burning in the atmosphere. Nothing will be left and there’s no danger posed”, then goes on to talk about passivating the upper stage—venting residual propellant and discharging batteries—to avoid in-orbit explosions that would create orbital debris. This has nothing to do with the issue of debris surviving re-entry and reaching the Earth’s surface. Jonathan McDowell of the Center for Astrophysics corrects the record: 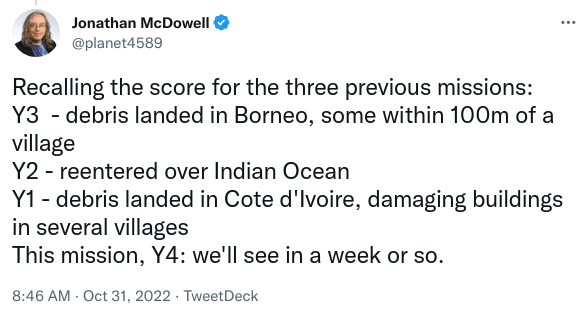 The Long March 5B core stages are the largest and most massive objects to make uncontrolled re-entries since Skylab in 1979 and the Soviet Salyut 7 space station in 1991. 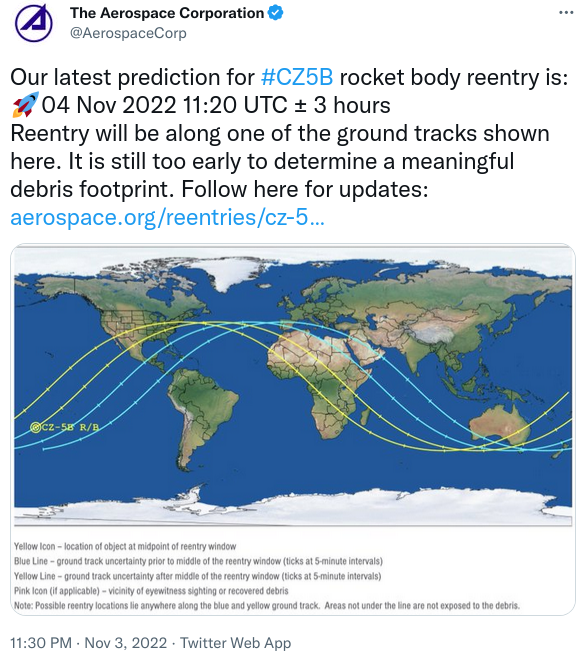 Click image for the latest re-entry prediction from The Aerospace Corporation.