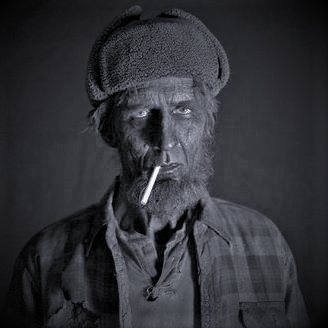 @paul_hundred
Penultimogeniture: the land belongs to the next to last in the line of historic succession https://t.co/wkxYaXHthT

Another weird dynamic is acknowledging tribes who wiped out another tribe, and then ignoring the tribe that was there first because they're extinct. I've seen this happen too and it's... there are no words for it.
3 Likes
Roxie 6 November 2021 11:48 #4

The way she goes through the list of previous occupants actually sounds like a self-parody, something said tongue in cheek, especially when she follows with her self-description. This in no way negates civilwestman’s comment, and I have no intention whatsoever of watching more than the under a minute clip.

The listing of previous genociders who often exterminated or at least expelled previous occupiers as if they were all innocent, probably ‘peaceful’, successors smacks of condescension, not unlike the left’s condescension to ‘childlike’ blacks. Poor savages, they were noble savages and wiping out their enemies was jut their way.

Poor savages, they were noble savages and wiping out their enemies was just their way.

…as opposed to Microsoft, “Embrace, extend, and extinguish”.

Big Tech – we embrace, extend, and extinguish has a ring to it.

Cartel (FB, AMZN, GOOG, TWTR, MSFT etc.) have been killing it to date – but will independent conservatives “small businesses” with angel check writer DWAC** turn it around ???

We live in truly interesting times – the Wild Wild West !!!

** Full disclosure, I have 2.1% of my retirement (and shrinking as of this writing) invested/speculated in DWAC, but please do not let my wife know! Here is an article with typical left wing bias that reveals some of the potential opportunity. Digital World Acquisition Is a Perfect Play on Online Anger | Markets Insider