“Negative X” is the nickname given to a dry mixture of finely ground metallic zinc powder (69% by weight), ammonium nitrate (NH₄NO₃, 28%), and ammonium chloride (NH₄Cl, 3%). This mixture, kept dry and ground together, has the unusual property that adding a drop of water or even picking up moisture from the air will cause it to heat up in a runaway exothermic reaction which eventually bursts into flame. In the presence of water, the ammonium chloride dissociates into ions, with the chloride ions acting as a catalyst to decompose the ammonium nitrate, which then oxidizes the zinc, releasing heat, nitrogen gas, and more water, which makes the reaction run away.

Here is more about Negative X from that essential resource for mad scientists, United Nuclear, “Start a Fire with a Drop of Water”.

But what happens if you cool Negative X down to liquid nitrogen temperature? Let’s see….

I came across this yesterday. Though it is not precisely on point, it shows an interesting property of the interaction between water and heated surfaces. It’s called the Leidenfrost effect.

Here is a dramatic (and completely insane) demonstration of the Leidenfrost effect. 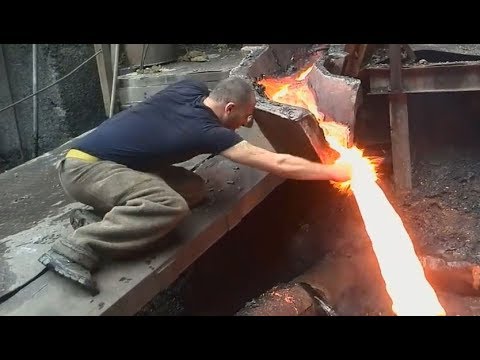