@TerezaPultarova
Sunlight reflected of a piece of #spacedebris confused astronomers to think they had seen a #gammarayburst in the oldest known galaxy. Science is sometimes about disappointment, but the impact of satellites and space debris on astronomy is a serious issue. https://t.co/qSuc3nteES 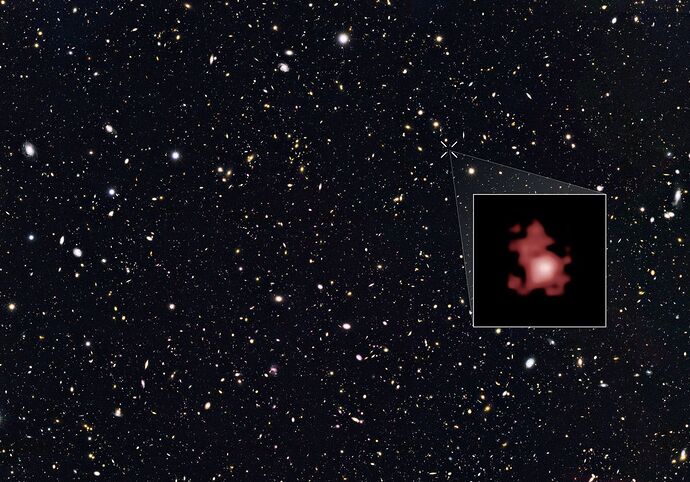 A sudden brightening in observations of the oldest known galaxy has a rather disappointing explanation.

Detection of an apparent gamma ray burst in the act of occurring in a galaxy at redshift 11, indicating we are observing it as it was just 420 million years after the big bang was reported in the paper “A possible bright ultraviolet flash from a galaxy at redshift z ~ 11” in December 2020. “Not so fast” responded other astronomers, in the paper “A more probable explanation for a continuum flash in the direction of a redshift ≈ 11 galaxy” and elsewhere, pointing out the extreme improbability of such an observation and the far more likely explanation that it was a transient due to reflection from an orbiting satellite or space junk. Now the case has been closed with the publication of “GN-z11-flash was a signal from a man-made satellite not a gamma-ray burst at redshift 11” which identifies the flash as a glint of sunlight from a derelict Breeze-M upper stage from a Russian Proton rocket in a highly elliptical orbit.