When an astronomical light source such as the Sun sinks below the horizon, the last observable light may be green because of refraction in the atmosphere – a phenomenon known as the “Green Flash”.

Personally, I have never definitely observed the Green Flash with the Sun, either setting (or, in principle, rising). But it can be much easier to see with point light sources such as bright planets, when the planet can apparently turn green for a second or two as it sets.

Now is a great opportunity to look for this phenomenon, if one is fortunate to have a distant horizon and a clear sky. Venus sets at about a convenient 7.30 pm, and Jupiter sets around 10.30 pm. Local times may vary, of course. Grab some binoculars and give it a try this evening!

Horizons, distant or otherwise, do not exist in SW Pennsylvania. When I describe the terrain, I tell people, “You’re always looking at the side of a hill. To see the sky - look straight up”. Clear skies, not so much either. If I ever get to travel agin, I will try this. 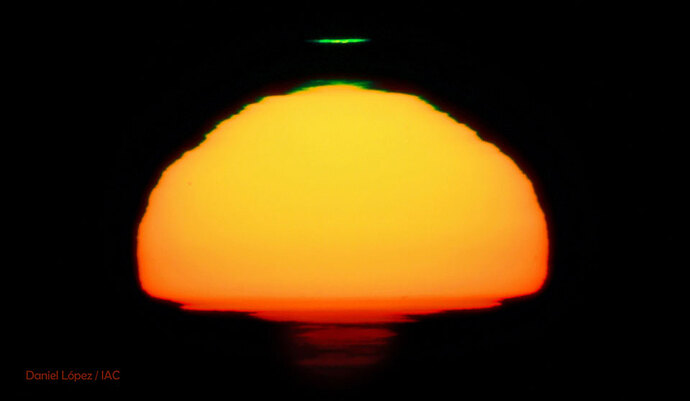 I have seen the green flash twice, both while I lived on the California coast and had an unobstructed view of the Pacific to the west. I tried many times to photograph it but never even observed it when I had the camera set up to try to capture it. Today, you’d just set up a video camera and record every sunset until you caught one, but in the age of film still photography it was a much more difficult undertaking.

I have seen the green flash many times. My first observation was in the mid 1980s while strolling along the beach, casually looking at the sunset. Since then, I’ve taken gone to the beach often to see the sunset, though not exclusively for the flash.

Most sunsets will not have a green flash. Seeing one requires patience and persistence. A clear, stratified atmosphere makes it more likely that there will be a flash. This is seen in the example below, taken from this article, which displays the “Chinese lantern effect” caused by layering in the atmosphere. I’ve read that sunsets have been observed on flights but that requires having a window seat at the right time of day and a sharp horizon.

At the beach near me, many people congregate to see the sunset. I met a fellow there once who was set up to photograph the green flash. The success rate might be roughly 10% among days with no clouds on the horizon. 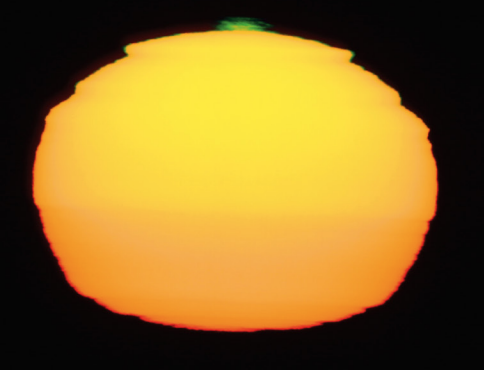 Why does the sun have symmetrical border features in that picture?

Speaking of atmospheric layers, here is a phenomenon which is almost impossible to see visually (even with a telescope), but can be dug out by electronic imagery. 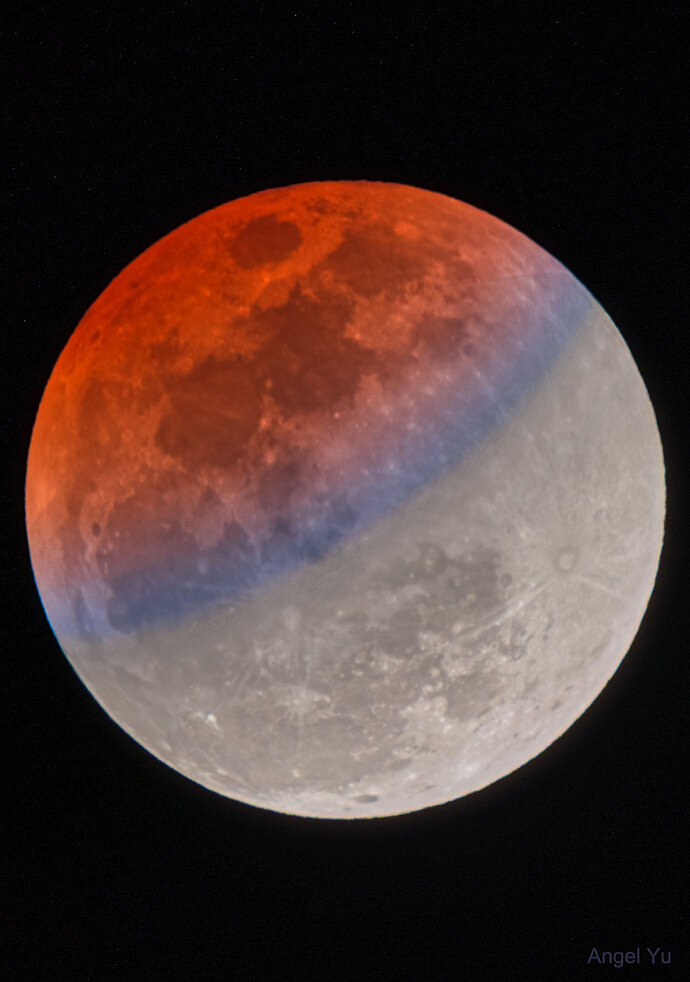 960×1367 119 KB
The blue band on the partially eclipsed Moon is real. The un-eclipsed portion of the Moon is its natural grey colour, and the eclipsed part is red due to absorption of blue light in the Earth’s atmosphere (the same reason the Sun and Moon are red near rise and set). But at the top of Earth’s atmosphere there’s the ozone layer, and ozone absorbs more red light than blue, so sunlight passing through the ozone layer takes on a bluish cast.

Usually, the uneclipsed part of the Moon is so bright compared to the eclipsed portion that it swamps the visibility of the blue band. This photo, which was the Astronomy Picture of the Day for 2021-12-01, was captured in high dynamic range photography and then processed to show the Moon with constant brightness, allowing the colour to be seen.