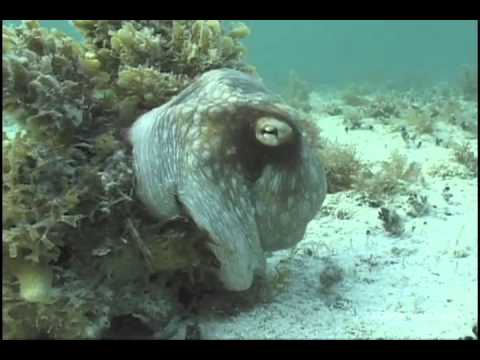 This video was captured by marine biologist Roger Hanlon of the Woods Hole Marine Biological Laboratory, as described in Discover magazine, “This Disappearing Ghost-Octopus is Crazy Awesome”.

The Discover article title is sloppy and confusing. This is not an actual ghost octopus, which was only discovered in 2016 at a depth of 4290 metres in the Pacific Ocean floor near Hawaii by an unmanned submersible. As shown below, the ghost octopus lacks the chromatophores which allow other species to camouflage themselves; there is no light at the depth where it lives, so camouflage would be useless.