On Having A Heart Attack

I never expected to have a heart attack. (No-one expects the Spanish Inquisition!). No family history of cardiac disease, normal weight, non-smoker, fit, healthy, sensible diet, no Covid clot shots. Consequently, when there was some discomfort in my midriff, the logical conclusion had to be that this was the result of some earlier exotic experimentation in the kitchen. But the discomfort continued the next day. By the third day, it was definitely pressure on the middle of my chest. Time to check with Google.

Google suggested several possibilities, including angina. But nothing more serious – the pressure came and went, was not related to exertion, and did not include pain radiating to the left arm or the jaw. There was no suggestion of an elephant sitting on my chest. It looked like all I might need was a quick dose of nitroglycerine.

Increasing distress overnight resulted in my shambling into the Emergency Room at 7.00 am. In good old American fashion, the practice is to fix the problem first, and discuss who is going to pay for it later. Within minutes, I was in an examination room where a male nurse took my few medical details while an attractive young female technician rolled in her EKG machine, ripped off my shirt, and started applying patches. Be still, my heart! Her eyes widened as she looked at the screen, and in moments my gurney was steaming along corridors into a Pre-Op Room.

There, a calm handsome young doctor spoke soothingly while a large team quickly stripped off my clothes, shaved hair as required, attached another set of electrodes, inserted IVs, pushed medications, and – Joy! – put a series of nitroglycerine tablets under my tongue. I was feeling much better when we rolled on into the Cath Lab shortly thereafter.

My view was limited to the various pieces of complex equipment over my head, while the cardiac surgeon warned that the anaesthetic he was about to inject into my right wrist would “sting like a hornet”, but things would be ok after that. Coward that I am, I would have preferred a general anaesthetic before intrusive surgery – but one does not interrupt professionals when they are on a roll. There was no sensation from the catheters snaking up my arm and into my heart; some brief conversation among the surgical team; a few loud pops – perhaps the hydraulics associated with unblocking the coronary artery and inserting the stent; and then the catheters came out and I was rolling again, this time into the Post-Op room for further tests & monitoring.

Thinking about it afterwards, it was staggering to realize that one can have a potentially lethal cardiac problem diagnosed and remediated in about the same time it takes to get the oil changed in a car. There is much about the technology of the 21st Century that we may not appreciate sufficiently.

Over the next 2 days recuperation in the Critical Care Unit, there was time to contemplate my mortality. That brought back memories of an amusing English black comedy, “Parting Shots” (1999). The protagonist of the movie was that sometimes-underrated English musician Chris Rea, while the supporting cast included many of the Usual English Suspects – such as John Cleese, Bob Hopkins, Ben Kingsley, Dianna Rigg.

The protagonist’s life had been steadily descending into hell … and then he was diagnosed with terminal cancer. As a red-blooded Englishman, he took the obvious step – got a gun and proceeded to eliminate the people who had made his life so miserable. It is a funny movie, if your sense of humor runs that way. But should that kind of selective improvement of the human race be an obligation on those of us whose clocks are running out?

When a tall male nurse walked me out of the hospital after those few days, the sun was shining; the sky was blue; the trees were green; hummingbirds were buzzing busily amongst the profusion of flowers. To borrow a line from Mark Steyn, the future belongs to those who show up. My generation is leaving a giant mess to those future humans, albeit along with some utterly superb medical technology. Sorry about the mess, guys! But don’t count on us to clean things up before we take our leave. You people in the next generation will have to fix it yourselves. Please do a better job than we did!

Thank goodness you went in to get checked out.

Here’s my angioplasty story from 2005, “Never Make a Speech on Friday the Thirteenth”. 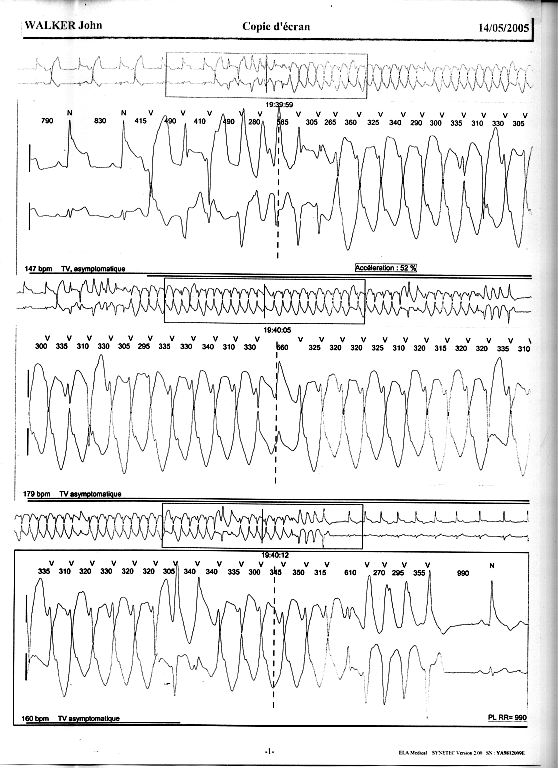 So happy you’re here to write about it!

I quit working in the ED in 2019. At that time the gold standard was door-to-needle (cath) - 20 minutes. Over 30 minutes was considered food for review of what could have been done better.

Modern caths and stents have progressed hugely. Back in the 70’s almost ALL cardiac repairs were done by open heart grafts; now very few, and those are generally ones you just can’t reach with a stent.

Stents, too, have vastly improved. Today’s resist clotting although you will still need an anti platelet drug.

So best of luck to you in your recovery. And be glad you are now in a heyday of cardiology.

Thinking about it afterwards, it was staggering to realize that one can have a potentially lethal cardiac problem diagnosed and remediated in about the same time it takes to get the oil changed in a car. There is much about the technology of the 21st Century that we may not appreciate sufficiently.

You have the good sense to be astonished by something truly astonishing! Glad to hear you’re continuing to “show up.”

Gavin, glad to hear you are on the mend. I am 43 and a lover of breakfast meats (well all meats really) so the H word is always looming over me.

John your little chart there looks like a reading from an earthquake.

John your little chart there looks like a reading from an earthquake.

THOSE are referred to in the business as “tombstones on the EKG”. ie. Time to call (LOUDLY) for an interventional cardiologist.