Here is more on Operation PLUTO, the World War II undersea pipelines which supplied refined petrol for Allied armour and vehicles in Europe after the D-Day landings. Before the invasion, commanders worried about delays in taking Atlantic ports and/or German demolition of them which might impede landing fuel with tankers, and also vulnerability of tankers to air, submarine, and mine attacks. Although the 17 PLUTO pipelines which were eventually laid operated through the end of the war and delivered 820 million litres of fuel, this ended up accounting for only 8% of total fuel deliveries from Britain to the Allied Expeditionary Force in northwest Europe.

Operation PLUTO (which was said in various references to stand for either “Pipeline Under the Ocean” or “Pipeline Underwater Transportation of Oil”) was entirely a British operation, from conception, deployment, and operation, and 86% of the petrol delivered was refined in the U.K., while the balance arrived in tankers from the U.S. The floating pipe deployer reels were christened “HMS Conundrum”, six of which were built. 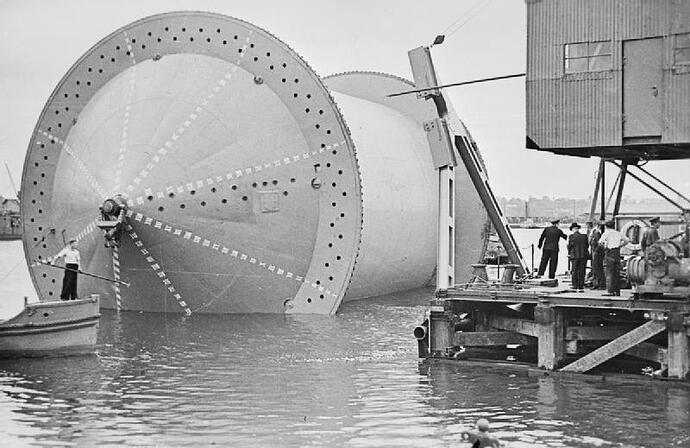