A March, 2022 article in Foreign Policy, “In Sri Lanka, Organic Farming Went Catastrophically Wrong”, describes what is going on. This article pops up a subscription nag which you can dismiss unless it thinks you’ve exceeded your free article quota. If so, open the link in an Incognito window in Chromium/Chrome or a TOR private window in Brave to get past the paywall.

There is so much pithy analysis in this article, I’d have to quote almost the whole thing to convey it, so just go and read it, OK? Here are a few tastes.

Sri Lankan President Gotabaya Rajapaksa promised in his 2019 election campaign to transition the country’s farmers to organic agriculture over a period of 10 years. Last April, Rajapaksa’s government made good on that promise, imposing a nationwide ban on the importation and use of synthetic fertilizers and pesticides and ordering the country’s 2 million farmers to go organic.

The result was brutal and swift. Against claims that organic methods can produce comparable yields to conventional farming, domestic rice production fell 20 percent in just the first six months. Sri Lanka, long self-sufficient in rice production, has been forced to import $450 million worth of rice even as domestic prices for this staple of the national diet surged by around 50 percent. The ban also devastated the nation’s tea crop, its primary export and source of foreign exchange.

Prior to the pandemic’s outbreak, the country had proudly achieved upper-middle-income status. Today, half a million people have sunk back into poverty. Soaring inflation and a rapidly depreciating currency have forced Sri Lankans to cut down on food and fuel purchases as prices surge. The country’s economists have called on the government to default on its debt repayments to buy essential supplies for its people.

The farrago of magical thinking, technocratic hubris, ideological delusion, self-dealing, and sheer shortsightedness that produced the crisis in Sri Lanka implicates both the country’s political leadership and advocates of so-called sustainable agriculture: the former for seizing on the organic agriculture pledge as a shortsighted measure to slash fertilizer subsidies and imports and the latter for suggesting that such a transformation of the nation’s agricultural sector could ever possibly succeed.

From the early days of the Green Revolution in the 1960s, Sri Lanka has subsidized farmers to use synthetic fertilizer. The results in Sri Lanka, as across much of South Asia, were startling: Yields for rice and other crops more than doubled. Struck by severe food shortages as recently as the 1970s, the country became food secure while exports of tea and rubber became critical sources of exports and foreign reserves. Rising agricultural productivity allowed widespread urbanization, and much of the nation’s labor force moved into the formal wage economy, culminating in Sri Lanka’s achievement of official upper-middle-income status in 2020.

But when it comes to agricultural practices and yields, there is no free lunch. Agricultural inputs—chemicals, nutrients, land, labor, and irrigation—bear a critical relationship to agricultural output. From the moment the plan was announced, agronomists in Sri Lanka and around the world warned that agricultural yields would fall substantially. The government claimed it would increase the production of manure and other organic fertilizers in place of imported synthetic fertilizers. But there was no conceivable way the nation could produce enough fertilizer domestically to make up for the shortfall.

The notion that Sri Lanka might ever replace synthetic fertilizers with domestically produced organic sources without catastrophic effects on its agricultural sector and environment is more ludicrous still. Five to seven times more animal manure would be necessary to deliver the same amount of nitrogen to Sri Lankan farms as was delivered by synthetic fertilizers in 2019. Even accounting for the overapplication of synthetic fertilizers, which is clearly a problem, and other uncertainties, there is almost certainly not enough land in the small island nation to produce that much organic fertilizer. Any effort to produce that much manure would require a vast expansion of livestock holdings, with all the additional environmental damage that would entail.

Sustaining agriculture in Sri Lanka, for both domestic consumption and high-value export products, was always going to require importing energy and nutrients into the system, whether organic or synthetic. And synthetic fertilizers were always going to be the most economically and environmentally efficient way to do so.

“The rate hike will give a strong signal to investors and markets that we are coming out of this as soon as possible,” governor P. Nandalal Weerasinghe said at a post-policy decision briefing.

How’s that “Green New Deal” working out for you, Sri Lanka?

My understanding is Germany is continuing the policy to not farm 50 percent of the ground and continue to reduce nuclear. So they are also deep into reality denial.

In the 80s, when I was in high school, the largest family farm in our area harvested around 2,000 acres and corn yield per acre was about 50 bushels. That same ground is now part of farms well over 6,000 and produces 150 bushels. A 10 fold improvement in bushels per labor hour. I have watched sustainable supporters show a little 50 to 100 acre plot claiming that those acres produce more calories than a corn field of equivalent size. Among other key variables, they ignore labor productivity. The 6000 acre corn and beans farm in a shitty yielding location has a labor productivity of at least 3,000 acres per human. How many humans does it take to rotate the pigs, chickens, and cows around that sustainable farm? Is it 30 times less productive on a labor hour or more?

The return in farm ground is about 2 percent a year not counting land appreciation. I think it is higher for the farmer vs the investor. Let’s assume the two people farming the 6000 acres each make 300,000. If the labor productivity will drop the income per person to 10,000 or people will need to pay more for food.

At least the small towns would return or exceed their former glory.

And now they’ve run out of fuel. 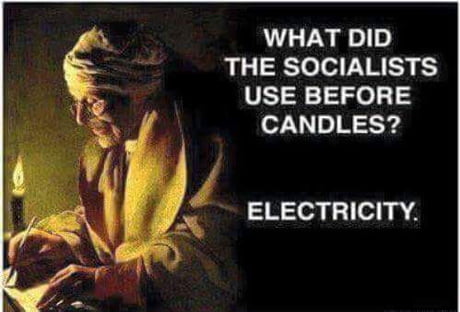 The consequences of denying oneself supplies of fertilizer, gas, and diesel from a certain country will take a growing season to arrive … but arrive they will. Part of the problem is that the people making the decisions in the bureaucracies do not understand where food comes from. Another part of the problem is that the attention span in a modern Western society is much shorter than a growing season.