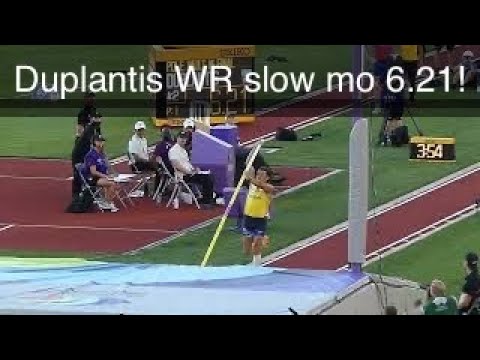 Hmm. I lettered in track in my senior year of high school thanks to the pole vault. I could reliably clear 10’. I was the biggest pole vaulter the division ever had, at 6’1’ 180lb. Only two others in the division could do better, so I regularly took 2nd or 3rd place (depending on which schools were in which meets).

I continued growing after high school, ending up at 6’3". Not that sports were on my radar in college anyways.

I got to try pole vaulting in high school, but never got over seven feet. I only ever used the old semi-stiff poles. I was afraid to try those new super-bendy poles. One of my friends was making an attempt to qualify for the state meet when he ripped his shoulder out of its socket, which permanently ended his pole vaulting career. It was an indoor meet, and the new bendy fiberglass pole fractured into three pieces. The middle piece went all the way to the arena ceiling, where it bounced around in the rafters for a minute before falling back down, thankfully taking so much time that the crowd could scatter and nobody got hurt by that missile.

Dang; that is a long way up. The pole is only about fifteen feet long.