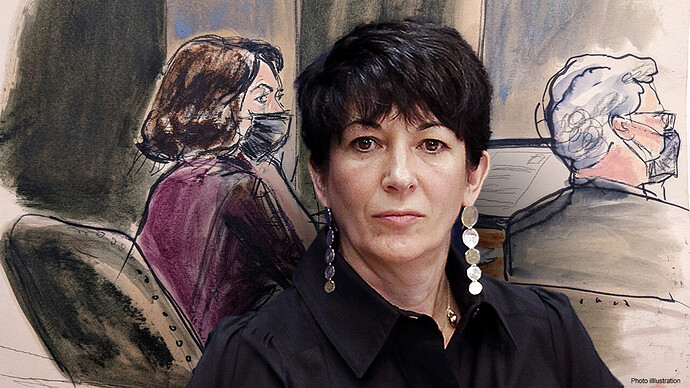 Ghislaine Maxwell's lawyers want a new trial after one of the jurors who convicted the British socialite told news outlets he was a sex abuse victim. 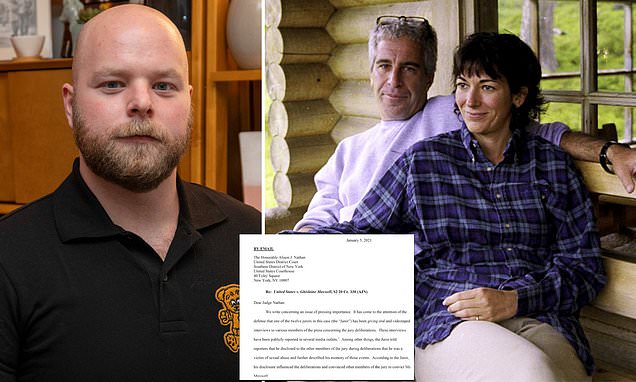 Scotty David, a juror in the Ghislaine Maxwell trial, was one of the 12 men and women who convicted Maxwell on five of the six counts of sex-trafficking.

Well do you think she is going to get off? I think she will get a slap on the wrist.

Should get a retrial. Does she leverage a plea?

Well based on what you think, and I respect your opinion CT, my cynicism is kicking in and I am starting to think that this juror was allowed to be on that jury as an insurance card. My assessment is that the prosecution sort of phoned it in, meaning they didn’t really want to pursue this (think about the difference of Maxwell’s treatment vs the treatment of the Jan 6 prisoners). Since they didn’t want to actually do this, they laid various traps to “rescue” her in the event that they actually won.

I don’t believe one damned thing coming from the federal government when it involves Epstein, Maxwell, and the use by Western Intelligence agencies of pedophillic acts by politicians as a means to control those politicians.

FedGov’s case against Maxwell lacks credibility because of the total absence of any action against the powerful men who (in the junta’s assertion) were the ones actually exploiting the under-18 young women. This is rather like prosecuting the get-away driver while allowing the armed bank robbers themselves to go free. Unfortunately, this is exactly what we would expect from a ruling clique which allowed Epstein himself to “commit suicide” while in their custody and under suicide watch.

Considering the prevalence of abuse in society, I think it reasonable to expect victims to end up in random juries. Or any other crime victim. Such jurors are legitimate peers of the accused and should not be excluded based solely on their victim status.

Right! Why is it that if one gets caught up in a cop sting on line pretending to be an 11 girl, the John goes to jail, but in this case where we see Princes, former Senators, and big-time Corp. Execs, the cops seem to be protecting the Johns? It’s not that the cops are adverse to pursuing the Johns, but that they are actively protecting them? The FBI pulled out hundreds of hours of video from Epstein’s NY apartment, well where are the arrests of the men involved with sleeping with underage girls? We are being played by a Satanic, evil ruling class.

Another good point! I have seen my fair share of jury selections and I have seen victims of all sorts on the jury. This “I was abused once” excuse to turn over the entire case? I smell a rat and a big one.

Considering the prevalence of abuse in society, I think it reasonable to expect victims to end up in random juries. Or any other crime victim. Such jurors are legitimate peers of the accused and should not be excluded based solely on their victim status.

But, at a minimum, the defense should be allowed to: 1) examine to determine whether the prospective juror will decide the case on its merits; and 2) in view of the results, request appropriate jury instructions.

The Daily Mail article indicates that this juror and one other basically acted as unqualified expert witnesses who were immune from cross-examination.

Had I been on that jury, the judge would have received a note asking “Can we rely on the personal abuse experiences of two jurors in assessing _____?”