Random Thoughts on “The Physicists”

Daniel J. Kevles wrote “The Physicists: The History of a Scientific Community in Modern America” in 1971, adding a preface to an edition in 1995. Mr. Kevles starts his book back after the end of the Civil War, when the US had only about 500 serious researchers, and continues through to his 1995 preface on “The Death of the Superconducting Super Collider”, which perhaps should have been positioned as a postscript.

In one sense, this book might better have been titled “The Bureaucrats”, because much of the tale is about the inside baseball of funding research. Mr. Kevles seems to put theoretical physics on a higher plane than experimental physics. Yet without experimental data, theoreticians have no grist for their mills. And experimentation is expensive. Where does the money come from?

In the early days of physics (“Natural Philosophy”) in the US, it was still possible for wealthy individuals to fund their own research. This was similar to Europe, where, for example, Joule in the 1840s was able to do research into heat & mechanical work because of the income from his father’s brewery. But as physics advanced and experimentation became more expensive, foundations created by the super-wealthy, such as Carnegie and Rockefeller, took over. Eventually, physics became too expensive even for them, and the burden of paying for research shifted to the ordinary taxpayer via the Federal Government.

Why should the Federal Government pay for scientific research? Because of War.

Physics in the US received a big boost in World War I, when scientists developed methods for locating German submarines and for locating the positions of German guns firing from far behind the front lines. The need for physicists to deliver useful fundamental breakthroughs on schedule became even larger in World War II, particularly with the atomic bomb and (probably more importantly) with radar. In the absence of a pressing military need, funding for fundamental research in physics declines.

The book emphasizes how US physicists were far behind Europe in the 1870s, when the few US researchers had to complete their education at universities in Germany and elsewhere. About half a century later, in WWI, US physicists were on a par with their European colleagues. And by WWII, the US had left the Europeans behind.

That timeline may have current significance. It is now approaching half a century since the death of Chairman Mao and China’s subsequent adoption of a less doctrinaire economic approach. Today we hear concerns that Chinese scientists have mastered the complex physics involved in hypersonic weapons, beating the West. That catch-up should be no surprise! If history repeats, China will be far ahead of the West in another 20 years.

The demise of the Superconducting Super Collider in 1993 was engineered by politicians who seem unable to balance their budgets, let alone understand high energy physics. Yet they did respond to a witness at a Congressional Hearing who noted “A rich country can afford [the SSC]. We’re not as rich as we were at one time”.

This reader was left with the question – How should a country pay for research, in physics and in other disciplines? Giving a monopoly on the decisions on what research to fund to C-student Federal bureaucrats carries a high risk of the politicization of scientific research, as President Eisenhower warned in his 1961 Farewell Address. Perhaps it would be better to split the costs between government and private concerns through (say) a 200% immediate tax write-off for all Research & Development expenditures into any topic on which a business is prepared to risk its own efforts.

As one who is intensely interested in questions such in fundamental physics, astronomy, cosmology, research into the origins of life, the existence of life, intelligent or not, elsewhere in the universe, I can see no moral justification for coercively taking the earnings of (my campaign phrase, were I crazy enough to campaign for anything) “hairdressers and cab drivers” to fund it or, even worse, borrowing money from the Chinese to do so.

If it’s worth knowing, there will be people who are willing to voluntarily fund it. If not, then the knowledge will still be around to be learned when a society that does not take 7/8 of all the wealth created by its subjects becomes sufficiently wealthy to fund the research through voluntary philanthropy. Now, I can understand why a nation might want to fund applied research into hypersonic weapons, anti-missile defence, and rapid response to bioweapon threats. But it’s not like a “Higgs gap” is going to render a country vulnerable if some other nation finds it first.

Finally, as Eisenhower warned, dependence of science on government funding not only corrupts governance by an unwarranted reliance on “the science”, it corrupts science by making funding and career advancement dependent upon grants which are issued to those who hew close to the conventional wisdom. For example, look at the billions of dollars and thousands of careers poured down the rat-hole of string theory because the only way to get a grant or tenure-track position was to work in that area.

Truly innovative work such as loop quantum gravity or Stephen Wolfram’s Physics Project is largely privately funded today and, in my opinion, is far more likely to lead to breakthroughs than the grey consensus work funded by the likes of the National Science Foundation.

The practical issue with U.S. national labs, is that the latest technology will be used for the military, and much of the expertise and knowledge lost forever in the deep state bureaucracy. 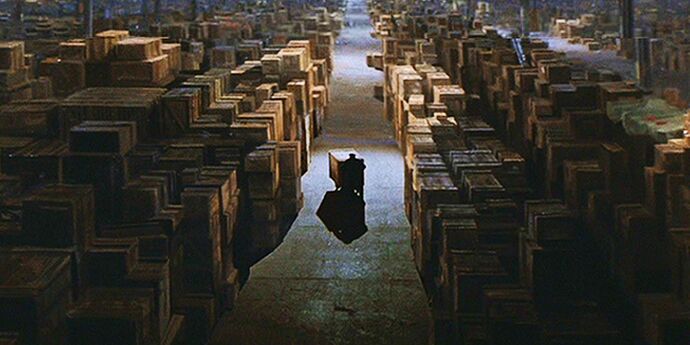 much of the expertise and knowledge lost forever in the deep state bureaucracy.

Not lost forever, surely? Eventually, a Clinton will come along and trade it to the Chinese Communist Party for some under-the-table “campaign contributions”.

the existence of life, intelligent or not, elsewhere in the universe

" . . . given modest assumptions about their ability to travel, to modify their environs, or to communicate, we should see evidence of their existence, and yet we do not. This discrepancy has become known as the Fermi paradox, and we shall call the apparent lifelessness of the universe the Fermi observation.

It seems unlikely that there are any other intelligences around

As of this writing, the photon record has not revealed intelligent life outside of Earth, and too often, on Earth as well!