Ray Kurzweil has made breakthrough inventions in optical character recognition, electronic music synthesis, computer speech recognition, and text to speech synthesis. Since 2012, he has worked at Google with a mission “to bring natural language understanding to Google”. As a futurist, he has written numerous books about the evolution of technology and prospects for the future, including The Age of Spiritual Machines, The Singularity Is Near, and How to Create a Mind (links are to my reviews). You can see the breadth of his interests on his personal Web site.

Since before the year 2000, Kurzweil has predicted that the technological singularity will occur around the year 2045, and that human scale artificial general intelligence will appear some time in the 2030s. Beyond the singularity, when superintelligence takes off in an exponential growth phase, prediction of the future by present-day human intelligence becomes impossible. In this hour and half conversation with Lex Fridman, Kurzweil discusses his prediction wide-ranging interests, and optimistic view of the human and post-human future.

I listened to the audio only version of the interview and I can’t get over how much slower Kurzweil comes across in Lex’ podcast compared to as recently as a year ago.

Interesting, to put it mildly.
Two things: I

His assertion that whales and elephants have much bigger brains than we do but they didn’t invent technology because they don’t have thumbs!
(but why DO we have opposable thumbs? Brachiation is the usual explanation…Come to think of it, when I was studying paleoanthropology, seems to me we talked of skulls and pelvises. Did Lucy the Australopithecine’s hand bones even survive?)

And, the fact that he knows an engaged couple who only interacted and courted online! That reminds me of Katherine Kurtz’ Derynyi books, where people of that species can meld their minds as well as physically coupling. As she described the experience it was mental AND physical ecstasy! (but idk if I’d like it for the same reason I don’t like FaceTime. What if you are making love, and you inadvertently think of something or someone else? )

But, JW’s predecessor site, yclept the Mischief, was kinda a living lab for virtual cathexis. If I didn’t have my BMD , I can’t say I wouldnta been tempted to marry one of the Rats (or more—spoiled for choice . Hee Hee just funnin’, gents!

If I had 1/10th the self-promotional chops of Kurzweil I would set up a macrosocial model prize and demolish the social pseudosciences!

Oh well… how about this:

You know you’ve always wanted to advertise the fact that you know the guy who wrote SPASIM, the world’s first VR multiuser environment.

So now’s your chance with “a t-shirt, long-sleeve or a hoodie!” 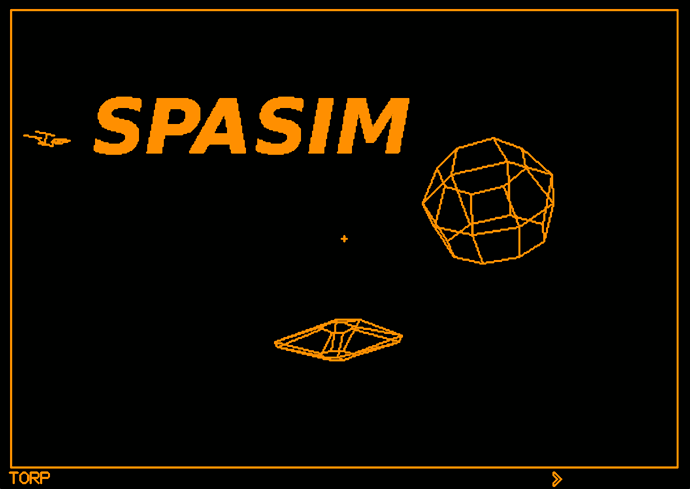 I seem to be doing an online version of my memoirs … so here, retrieved from a 1970s archive is the source code for the world’s first 3D networked game: =spasim=… now a git hub repository. 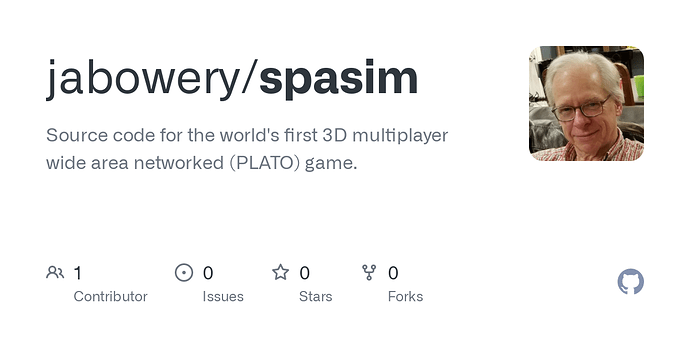