@andy_matuschak
Very disorienting to encounter a real-life Utah teapot in Dublin! I spent many hours as a teenager debugging OpenGL, trying to get one of these to appear, instead of a black screen… (photo from @saralahue) 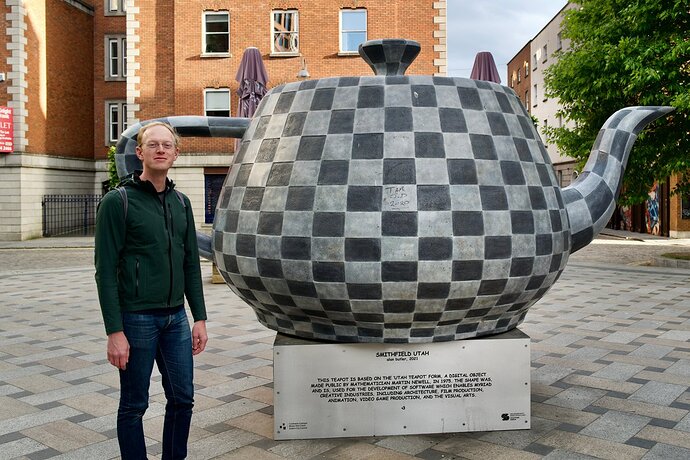 Here is more about the Utah Teapot, a classic of three-dimensional computer modeling and graphics, originally created in 1975 by Martin Newell at the University of Utah, using Bézier curves to model a physical Melitta teapot. The teapot is a particularly good test for computer graphics rendering algorithms since it includes surfaces with both positive and negative curvature.

The Utah Teapot was one of the original test cases we used for the three dimensional polygons introduced in AutoCAD 2.6, and appears at the end of chapter 45 of The Autodesk File, which I reproduce here.

The Teapot is one of the classics of computer graphics. The teapot was originally hand-digitised as Bézier curves by Martin Newell, then a Ph.D. candidate at the University of Utah, in 1975. The control points for the Bézier surface patches were based on a sketch of an actual teapot on his desk. The original teapot now resides in the Computer Museum in Boston.

Newell’s teapot became famous through his work and that of Jim Blinn. The teapot has become one of the standard test cases for any rendering algorithm. It includes compound curves, both positively and negatively curved surfaces, and intersections, so it traps many common programming errors.

I typed in the control point data from that article and wrote a C program to generate an AutoCAD script that draws the teapot. The teapot was one of the first realistic objects modeled with the three dimensional polygons introduced in AutoCAD 2.6, and has served as an AutoCAD and AutoShade test case ever since. 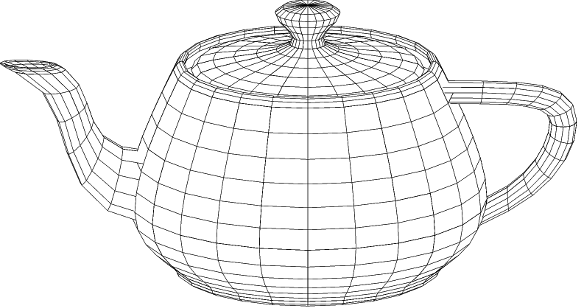 And a practical RL Utah teapot

The Utah teapot is a 3D computer model created in 1975 by Martin Newell, Phd student at the university of Utah, and which has become a st...