When I wrote “The New Technological Corporation” in 1988, I used the term “quantum economics” to describe the concept that only individual transactions are observable economic events: all of the aggregates derived from them and so beloved by economists, are the work of man and, while useful in some circumstances, do not get to the reality of a free market. I was hesitant to use this term, being afraid that it might encourage the usual crackpots that use “quantum” to mystify their audiences.

Now, in a paper published in the International Review of Financial Analysis, my fears appear to have been realised. The paper is “The London Whale Scandal under new Scrutiny: A Critical Appraisal of the Concept of Retro-causality”, and if that doesn’t sound weird enough, wait until you read the abstract.

This paper aims to extend the purview of the retro-causality concept, by exploring a complex and under-researched financial accounting scandal, namely the London Whale, a group of traders that operated on account of the London subsidiary of JPMorgan Chase & Co in 2012. We specify the conceptual articulation underlying the discourse on the scandal, between the intentions, the actions and the temporality in which the events have taken place. We then elaborate upon philosophers Elizabeth Anscombe and Donald Davidson. We show the limitations of rationalization as a causal deterministic explanation of actions in light of a methodical review of the JPMorgan Chase Task Force Report in 2013. We put forward the idea that the scandal features flows of awareness, reminiscent of Bergson’s duration. The articulation between intentions, actions and causes is performed, by mobilizing quantum macroeconomic theory developed by the economist Bernard Schmitt. We show the relevance of retro-causality for central debates in contemporary accounting (e.g. fair value accounting and the efficient market hypothesis). Our empirical study abundantly draws on Ludwig Wittgenstein’s language games, and retro-causality insights borrowed from quantum physics. Our results confirm our theoretical intuitions: there is a common thread and guiding reflection throughout the accounting scandal, namely the idea that the future might influence the past, under certain assumptions. Finally, some groundbreaking consequences are derived for the accounting profession regarding the global crisis in 2008.

The highlights are listed as:

This would be a fascinating, or at least amusing, paper to read, but it’s in an Elsevier journal that wants US$24.95 for a PDF copy and no buccaneer has yet put it up on Sci-Hub, so I’ll pass on this for now.

Here is more on the London Whale debacle.

I worked a bit with the author Mark Pilkington in London in early 2000’s. He sent me the paper today. I will email you a copy.

I sent you the paper by email and also by Adobe share.

The paper is too long and advanced in financial theory for me to try to understand as I am preoccupied with the UAP physics and am also working with Larry Lemke and soon also with Creon Levit and others on this. Larry also co-authored the retrieved UFO debris paper with Jacques Vallee and Gary Nolan who is a professor at Stanford as well as a bio-physics entrepreneur.
Improved instrumental techniques, including isotopic analysis, applicable to the characterization of unusual materials with potential relevance to aerospace forensics - ScienceDirectUFO DEBRIS ANALYSIS

Oh! for the old days when all an academic had to do to ensure peer reviewer acceptance was to include the word “Nano-” somewhere in the title.

Whenever I hear the word quantum used this way I reach for my revolver.

Here are the two concluding paragraphs from the full paper.

Do the shortcomings of pre-crisis research accounting strategies fall short of any insight on retro-causality? Mirroring the pursuit of political and economic vested interests anchored in expectations, accounting scholars and practitioners alike failed to follow a steady path on the asymmetrical arrow of time. By helping shape the risks leading to the subsequent near deflagration of the global financial system, the latter cataclysmic chain of events retroacted on the flawed state of the accounting profession in a time-symmetrical fashion. The 2008 financial crisis, viewed as a self-realization of cognitive flaws, may have backward-influenced pre-crisis norms in a strong form of retro-causality. May we be forgiven for these tangential accounts of such great philosophers, whose depth and exhaustiveness could not be realistically integrated within a single study. The retro-causality lens used to analyse the scandal was an audacious intellectual endeavour. Accounting practitioners are still unable to unambiguously evidence backward-propagating physical influences in the social arena in spite of promising experimental breakthroughs at the microscopic level of observation. At first glance, the concept borrowed from physics seems to be circumscribed to a realist ontological approach (i.e. the material world of atoms and particles). Mirroring the intellectual evolution of Wittgenstein throughout his career, we have shown that it is not necessarily the case, by venturing into social constructionist ontology. Our textual analysis whose categories are in sync with Wittgenstein’s investigation of language, has shown that time is consistently symmetrical and reversible throughout the official account of the London Whale scandal. Holistic light has been shed on the insights of Davidson, Anscombe, Bergson, Schmitt, de Beauregard, on causality, intention and time. Beyond the reinterpretation of the scandal in our empirical analysis, we have hinted at research directions at odds with the neo-empirical research paradigm. We have also offered a reinterpretation of the 2008 global crisis through the lens of retro-causality. The London Whale scandal raised several interdisciplinary issues on the responsibility of the actors, on their actions and the observed outcomes. Did these actions and outcomes stem from any identifiable intention? Did they take place in classical temporality, enabling the ex-post reconstitution of the causal nexus?

Did they consecrate an unalienable principle of human freedom, or give way to determinism? Was the knowing subject annihilated through an implacable role granted to logic, or rehabilitated through language games? Retro-causality is the thread and common denominator to these arduous questions. The Holy Grail for physics is the unification of quantum mechanics and the ideas of Einstein. Critical finance studies arguably require such a conceptual breakthrough today, by reconciling alternative conceptions of time, and yielding new insights. 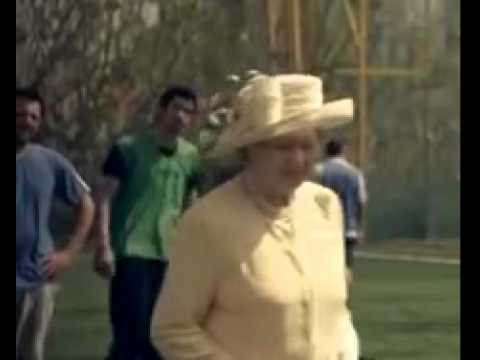 I was afraid of that.