Here is more information on the rockfall radar that protects the highway outside Brienz/Brinzauls (GR), Switzerland.

This is the kind of solution to problems I expect from the Swiss. Reminds me of the shooting range over a road, which we saw recently and which would never be allowed in the US - aka “One nation under bans/lockdowns and tyranny, generally”.

If it were in the U.S., they’d probably apply for a US$250 million federal infrastructure grant to build a bridge under which the boulders could roll without hitting anything. This would be blocked by the EPA, which would sue because the bridge pillars would disturb the habitat of a goat intestinal parasitic worm native to the area. After five years of litigation, construction of a worm-friendly redesigned bridge would begin and three years after that, after union work-stoppages and injunctions from neighbours claiming construction noise was disturbing their milk goats, the new bridge would be inaugurated. Total cost would have, due to delays and design changes, ballooned to US$ 330 million.

One week later, a boulder would crash into a pillar and the whole thing would collapse, because the engineers, low bidders who had only previously built bridges over railway tracks, didn’t consider that possibility.

This is indeed the most likely scenario! Were it not so sad a commentary on the US, it would be funny. 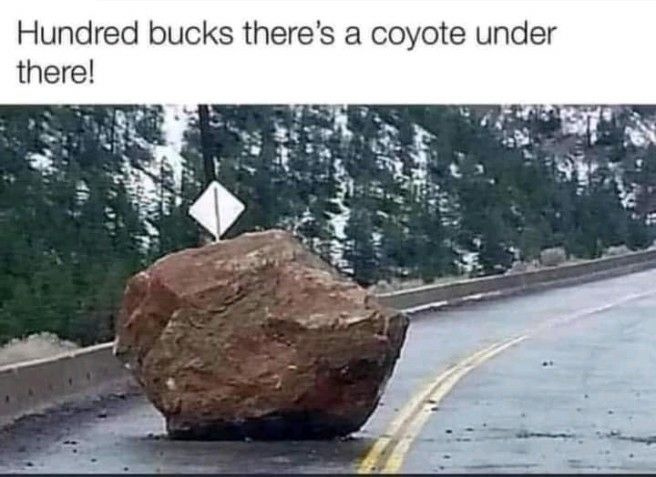 It was a trade for “schadenfreude”.