The video conference software used for this conversation crashed at the 25:11 mark in the first part. The discussion resumes in the second part after the connection was restored.

Sir Roger Penrose won the Nobel Prize in Physics in 2020 for his work in general relativity, in particular the singularity theorems governing the formation of black holes. Stuart Hameroff is an anæsthesiologist and professor who, in the 1980s, based upon his study of the action of various anæstheics on the brain, theorised that the site of consciousness was in the brain’s microtubules, where he suggested quantum computation could be occurring. This provided a mechanism consistent with Penrose’s argument in his 1989 book, The Emperor’s New Mind, that consciousness could not be an algorithmic process, but likely involved quantum computation. This hypothesis was presented in greater detail in Penrose’s 1994 book, Shadows of the Mind.

I think Hameroff’s qualitative empirical observation points in the right direction. I do not accept Roger’s gravity collapse. Indeed, there seems to be a recent experiment that Popper falsifies it. The action-reaction model introduced by me back in 1996 and given a solid mathematical formulation by Roderick Sutherland (2015 arXiv) accomplishes what Roger tried to do with quantum gravity i.e. introduce “orchestrated” non-randomness beyond orthodox quantum mechanics that is a limited theory in the same way that special relativity is a smaller theory than general relativity.

I have to admit I find these kinds of interviews to be intriguing and frustrating at the same time – not a particularly efficient form of communication, especially on a topic which is just so difficult to understand as quantum mechanics. In a sense, what this kind of interview does is flag things about which it would be wonderful to learn more – if time and brain capacity allowed.

It is a really intriguing notion that superposition of quantum states (Schrodinger’s cat being simultaneously alive & dead) depends on the size of the object. The time period for which a subatomic particle can exist in multiple superposed states might be very long, whereas the time that something as big as Schrodinger’s cat could be simultaneously alive & dead is extremely short. That draws an obvious parallel to Heisenberg’s uncertainty principle. However, the need to invoke gravity at the subatomic level to explain the time period for which superposed states could exist – well, we are not going to understand that from a podcast!

Lots of intriguing concepts thrown around – more like appetizers than meals. Quantum biology! As if quantum mechanics of inanimate objects was not challenging enough. And Prof. Penrose’s suspicion that the Big Bang is “misunderstood” would be worth a deeper dive.

And Prof. Penrose’s suspicion that the Big Bang is “misunderstood” would be worth a deeper dive.

What he is referring to is his theory of “conformal cyclic cosmology” as described in his 2010 popular book Cycles of Time (link is to my review, which summarises the theory).

Penrose has always considered the theory of cosmic inflation after the big bang as highly dubious on physical and thermodynamic grounds, saying:

There is something fundamentally misconceived about trying to explain the uniformity of the early universe as resulting from a thermalization process. … For, if the thermalization is actually doing anything … then it represents a definite increasing of the entropy. Thus, the universe would have been even more special before the thermalization than after.

He also notes the lack of a plausible mechanism to drive the process of inflation and then cause it to stop at some point, dismissing concepts such as an “inflaton field” and ”Mexican hat potential” as arm-waving without a shred of observational or experimental evidence.

Penrose discusses his ideas on cosmology in detail in this 2018 presentation. The audio is not great, but it is comprehensible. 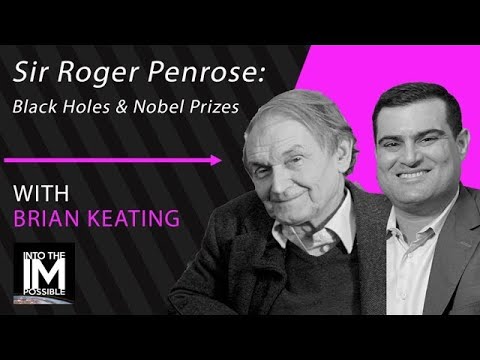 his 2010 popular book Cycles of Time (link is to my review, which summarises the theory).

Thanks for that review. To quote the master: “For the life of me, I cannot figure out to which audience this book is addressed.” Before too long, a serious discussion of concepts has to evolve into a torrent of mathematics which is far beyond the range of any but specialists.

Reduced to its simplest level (my level), Prof. Penrose’s theory seems to be a variant on the idea that the universe eventually collapses back to a singularity and then re-explodes. Of course, that still does not explain where the original universe came from – the first generation, so to speak.

So much to learn! So little time! So few brain cells!