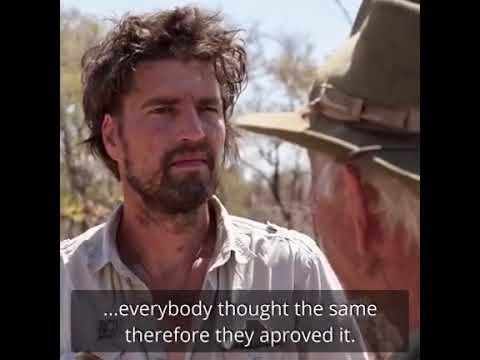 Warning: the subtitles are semi-literate. It’s best to avert your eyes.

Someone shared this video over at the other place and I’ll repeat the response I posted there.

Peer review is certainly overrated and flawed. Most of the people yelling about peer review and “trust the science” have no idea what they’re talking about. This guy goes overboard in claiming that new scientific discoveries can never be peer reviewed. That’s not correct. Radical new ideas have generally passed peer review. Some unknown guy working in a patent office in 1905 turned physics upside down by publishing three papers in the peer-reviewed Annalen der Physik. The establishment accepted these new ideas almost immediately.

It is true that there can be resistance to radical ideas, which means that they take longer to gain acceptance. Examples are Wegener’s continental drift and Louis Alvarez’s asteroid mass extinction event. Both of these were published in conventional ways but they were the work of outsiders.

The system is in trouble but not totally broken — maybe worse in some fields than others.

The system is in trouble but not totally broken

The bigger problem with “peer review” is not that it squashes new ideas, it is that “peer review” allows for the promotion of failed hypotheses. So-called “climate change” – for which there is not even a scientific hypothesis – is a major example.

“Peer Reviewers” are fallible human beings operating within a system of incentives & punishments. Most of them are academics, which means that many of them are still effectively at the high school level, looking over their shoulders at what the Cool Kids are doing and trying to ape that.

The bigger problem with science these days is the one which President Eisenhower warned about in his Farewell Speech – the domination of science by government funding. Bureaucrats with dubious qualifications decide whether lines of scientific research will get pursued in the first place.

It may be significant that Einstein’s advances were theoretical – no external funding required at all.

I agree that new ideas are not excluded at the publication level. After all, the Alvarez paper on mass extinction due to impact was not only published in 1980, it appeared in Science, which is as prestigious as you can get.

The effects of peer review may be more pernicious at the level of funding of research. There has long been criticism among physicists that string theory has been over-funded, not just at the expense of other competing theories, but unrelated experimental work far more likely to produce testable results. Freeman Dyson argued that some modest percent of the budget of those funding research should be devoted to speculative but potentially high-payoff investigations in the same way venture capitalists fund a portfolio of start-ups with the expectation that 90% will fail but the winners will pay off investors handsomely.

There are examples of this: NASA has a program called NASA Innovative Advanced Concepts (NIAC) that funds modest-budget projects exploring things such as fusion propulsion concepts, a submarine to operate on Titan, a radio telescope built in a lunar far side crater, etc. So, it can be done, and probably should be more widely.