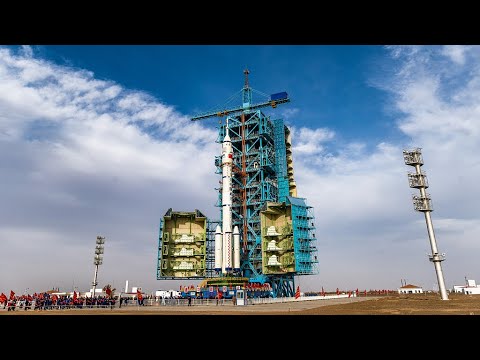 The China National Space Administration (CNSA) plans to launch a crew of three to the Chinese Space Station on 2022-11-29 at 15:08 UTC. Launch will be from the Jiuquan Satellite Launch Center in the Gobi Desert. 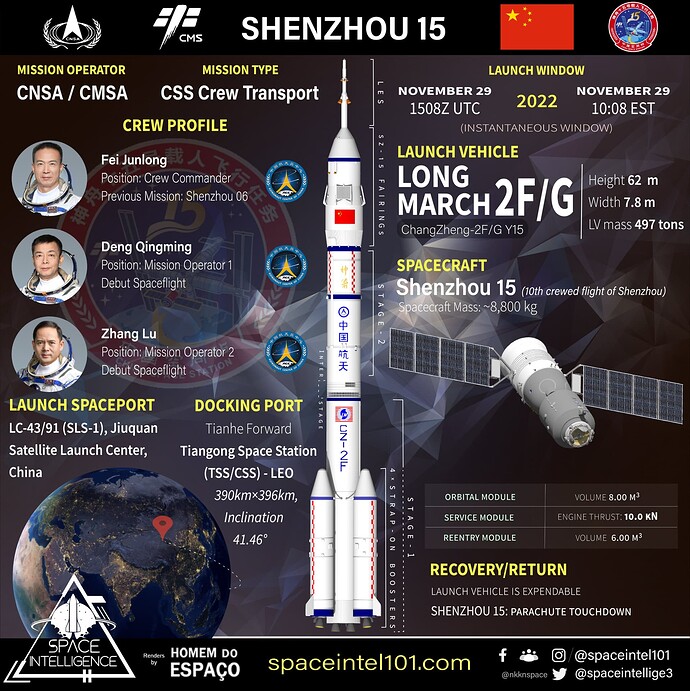 Here is the arrival of the Shenzhou 15 crew at the Chinese space station.

Here is the return of the Shenzhou-14 crew of three from their six month stay on the Chinese space station. Coverage starts after the re-entry module was already descending under its main parachute toward the Dongfeng landing site in the Gobi desert. The landing occurred at night, so much of the imagery before touchdown is infrared. 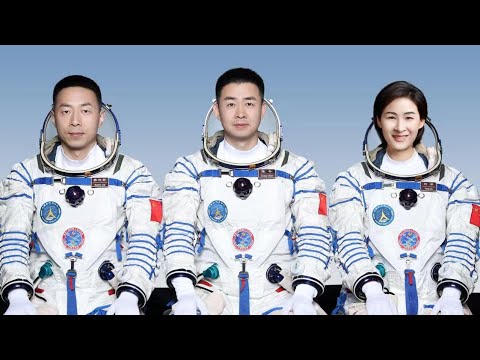 Thumpdown (with firing of the last second retro-rockets, as also used on Soyuz and Blue Origin’s New Shepard) occurs at 9:52 in the video. The capsule ended up on its side, which added a bit of time before the crew emerged starting at 51:00.