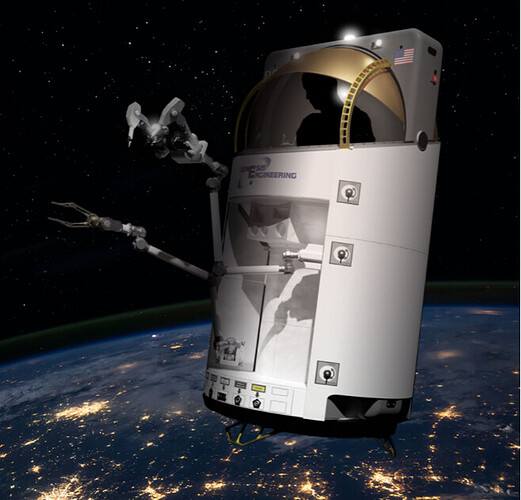 A little noted component of the Orbital Reef private space station project being led by Blue Origin and Sierra Space was the inclusion of the Genesis Engineering Solutions Single Person Spacecraft (SPS) as part of its baseline design. Here is a brief Discovery Channel Daily Planet video about the concept.

The idea is simple: the spacecraft is docked to a space station or craft with a port that allows an astronaut to enter it without donning a spacesuit or pre-breathing pure oxygen. The hatch is closed, the unit’s life support activated, and then it undocks. The operator can move and change orientation with thrusters, and use a variety of tools mounted on teleoperated arms similar to those used in nuclear processing “hot cells”. A bubble canopy provides a 180° field of view, and the shirtsleeve environment means that for the first time in history an astronaut working in space can scratch his or her nose. Here is the segment, just a few seconds long, from the Blue Origin Orbital Reef announcement video mentioning the SPS.

This is a concept which has been a long time in gestation. In 1954, Wernher von Braun proposed a design which was dubbed the “bottle suit”. 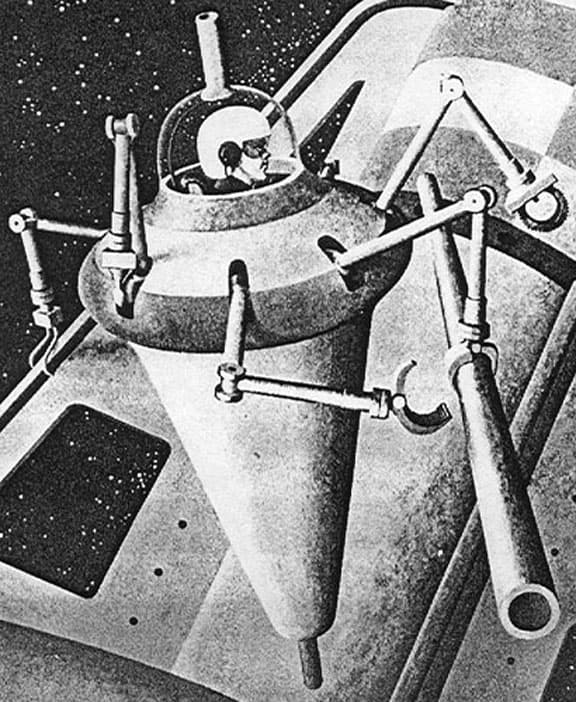 This was how he envisioned assembling and maintaining his toroidal space station and eventually ships for missions to the Moon and Mars. 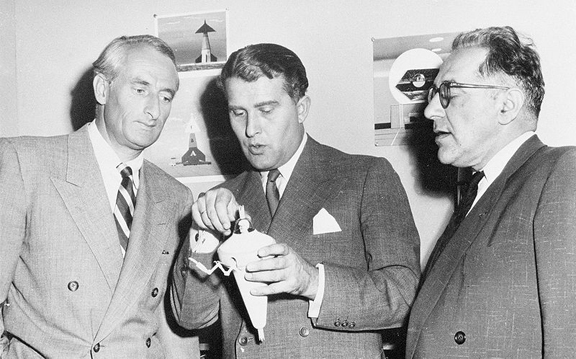 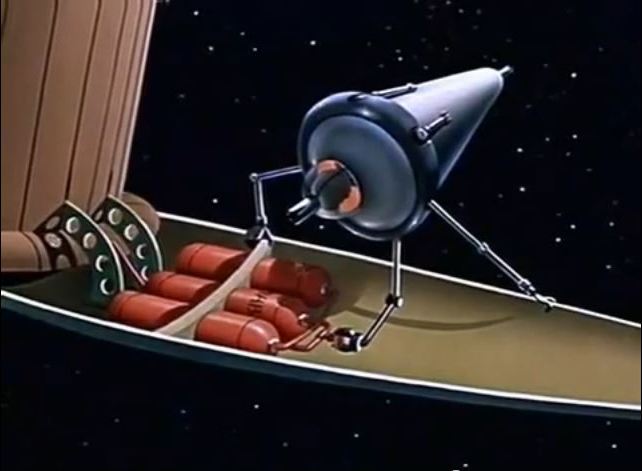 You may remember scenes like this one from the Disney television shows and companion comic books which were produced in collaboration with von Braun. Here is a presentation von Braun made to military officers in 1955 on “The Challenge of Outer Space”, which I have cued to start at the description of the bottle suit.

The Genesis SPS will be capable of fully autonomous operation, and will allow space tourists to experience extravehicular activity without the months of training present-day spacesuits require.

Just make sure you have a way to open the pod bay doors. 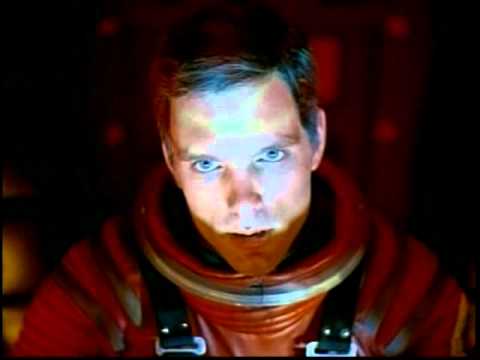 Just make sure you have a way to open the pod bay doors.

Or just don’t forget your helmet.