The Vogtle 3 and 4 nuclear-generating stations have completely run over budget and are expected to enter commercial service in 2023, six years late

Very, very low bar to compare to for the next nuclear reactor to be built in U.S.A. – where is the Elon Musk of nuclear energy ?

The article is rather information deficient. What has made the cost rise so much and the construction period lengthen? The answer in one word is probably – Regulation.

where is the Elon Musk of nuclear energy ?

The article is rather information deficient. What has made the cost rise so much and the construction period lengthen?

There is a reasonably good summary of the sorry tale on the Wikipedia page, “Vogtle Electric Generating Plant”. It’s a combination of regulation, environmentalist lawsuits, engineering bungling, bankruptcy of the prime contractor, Westinghouse, due to all of the above, and the general incompetence and sclerosis of U.S. business and government regulators in accomplishing anything involving atoms.

The conclusion in the next paragraph of the article linked in the original post is beyond idiotic.

This means that further nuclear power developments need to proceed as a government-financed or owned enterprises, as they are in most other countries.

Yeah, that’ll fix it. What’s needed is clearly an unaccountable monopoly with its hands in taxpayers’ pockets, run by the same diversity hires that regulated the private U.S. nuclear industry into bankruptcy, providing the same kind of agile, customer oriented service exemplified by the U.S. Post Office, Obamacare, and the F-35 procurement.

To illustrate the sclerosis that causes these fantastic schedule slips and cost overruns, here is a list which I prepared for another site, of projects completed in the U.S. before the system completely locked up, with durations in decimal years.

By comparison, development of the F-35 fighter took from 1993 (launch of the Joint Advanced Strike Technology program) until July 2015 (22 years) when it was first introduced by the U.S. Marine Corps, and February 2019 (26 years) by the U.S. Navy.

It doesn’t take an Einstein to see (and he didn’t say this, though he is often credited with it) that: “insanity is doing the same thing over and over and expecting different results”. For a society ever-admonished to “follow the science”, I note that empiricism is a scientific discipline. I do not understand why this (failing) society is immune to it when it comes to state projects/performance/malfeasance. Perhaps it is simply the fact that elites are no longer accountable to the citizens - the last repository of empirical common sense. Elites have taken on the fervent task of extinguishing such common sense.

And there it is. Not complicated, not stupid, not illogical, not impossible - just government, the ultimate purveyor of bad performance.

They don’t do nuclear conferences like they did in 1958, where they installed not one, but two(!) operating reactors at the exhibit hall. 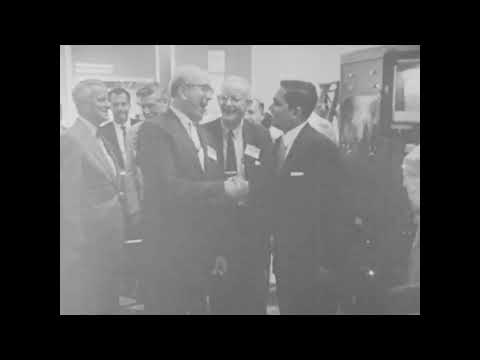 We need a pithy term to describe projects, like the F-35, that aren’t exactly failures or successes. They do (mostly) what was planned, but with massive resource overruns.

No, if you’re talking about the F-35, it is an unmitigated failure. It’s only claim to fame is that it flies. In any ACM it will lose to much “lessor” aircraft. And God help those who are up against a good pilot.

This is McNamara come back from the grave to haunt aircraft procurement. We failed to learn our lesson then and we are again paying the Piper.

In any ACM it will lose to much “lesser” aircraft. And God help those who are up against a good pilot.

Due principally to drag from the wide fuselage that accommodates the F-35B’s lift fan. That also kills range and speed. To go any distance, they need external tanks that kill stealth. Russian, Chinese, and others’ 5th generation aircraft won’t be so compromised.

Yup! And that blame can be firmly placed at the Marine Corps’ plate. THEY are the ones who insisted on VSTOL performance, while still not knowing just how to use it.

Leaving oversight to civilians seems to be a bad idea. Leaving it to “experienced” military seems equally bad. ?Where, then, is the solution.

Navy: “We have a good scam. We’ll say that we can have a VTOL version for the Jarheads.”

Air Force: “Nobody will believe that.”

Navy: “Nobody has to. Democrats will jump on board just to use it as a stalking horse to kill the F-22. The less plausible the better because that will make it easier for them to try to kill it once F-22 is shut down. And we’ll be supported by Republican fans of the Corps as well as those whose districts are in line for production contracts.”

Navy: “Sign up now. The defense contractors want you on board and want your version designated the ‘A’ model. Otherwise they worry they will not be able to trick foreign countries into buying it.”