T-Mobile announced plans Aug. 25 to use SpaceX’s Starlink broadband satellites next year to bring connectivity to phones beyond the reach of its cell towers in the United States.

Upgraded Starlink satellites would connect directly to standard cellphones under a technology partnership that aims to bring services to “mobile dead zones” across the country.

Beta services that would be initially limited to messages and pictures could begin “as soon as late next year,” T-Mobile CEO Mike Sievert said, with voice and data capabilities later coming at an unspecified time.

T-Mobile is contributing a slice of cellphone-ready nationwide spectrum as part of its partnership with SpaceX, which would beam the frequencies to phones from second-generation Starlink satellites using antennas roughly 25 square meters in size.

Starlink V2 satellites are too big to fit on a Falcon 9 that SpaceX has been using to launch its current generation of Starlinks, SpaceX CEO Elon Musk said, and need the super-heavy-lift Starship vehicle it is developing to get to low Earth orbit.

If the Starship program is “delayed longer than expected,” he said the company is considering initially downsizing second-generation satellites — “a sort of Starlink V2 mini” — so they would fit on a Falcon 9.

Musk did not specify whether a downsized Starlink V2 would have an antenna large enough to connect to mobile phones directly.

Now we know why the Starlink V2 satellites are so big and require Starship, with its 9 metre payload capacity, to launch. You can punch through a pretty strong signal from a 25 square metre antenna from a 550 km orbit. Presumably the added size will also permit solar panels to increase the downlink power as well.

It also occurs to me that the big antenna on Starlink V2 will allow SpaceX to enter the satellite data collection market and compete with existing players such as Orbcomm and Iridium’s data services. This is already a substantial market, with Orbcomm already having 2.3 million billable communication units installed, tracking trucks, railroad cars, ships, etc.

Much is riding on Starship going to orbit in next 12 months. GODSPEED!

The larger antenna size has more to do with the stated goal communicate in sub-6GHz terrestrial spectrum bands currently used for mobile cellular service, instead of the 12GHz frequency band.

Both Dishy and the satellite use sophisticated phase array antenna configurations - at 12GHz, the single element antenna size is just under one centimeter, at 12 GHz it would have to be spaced much further apart - hence the increase in antenna size.

Irrespective of the band, the Starlink system uses a cellular design, and 550km away from the “cell tower” the cell site radius is going to be fairly large, thus limiting overall capacity. Coverage from multiple satellites can help increase capacity to an extent, but when combined with the requirement to have line of sight over a fairly broad expanse (some people say 105 degrees for current V1), this will best serve sparse suburban, rural, and remote areas as opposed to dense urban and suburban city areas.

I think the initial text message use case is very well thought through, since SpaceX is using a proprietary - meaning non-3GPP - design. Primarily in terms of asynchronous communication models which can be sustained even with a small number of V2 satellites in orbit. And then by being in control of design parameters from end to end, which is essential for initial tuning and optimization of any newly designed system. 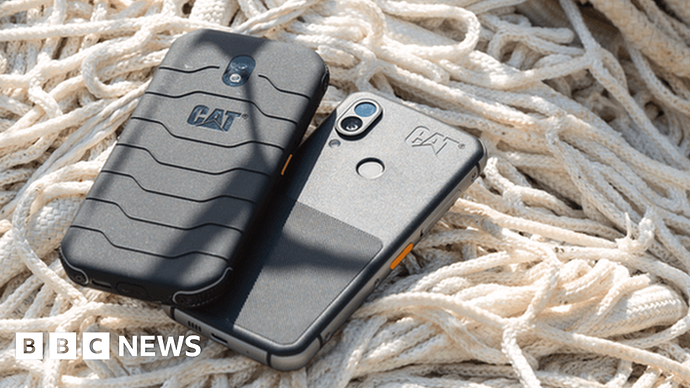 Bullitt, which makes rugged smartphones, is due to launch a satellite-connected handset in February. 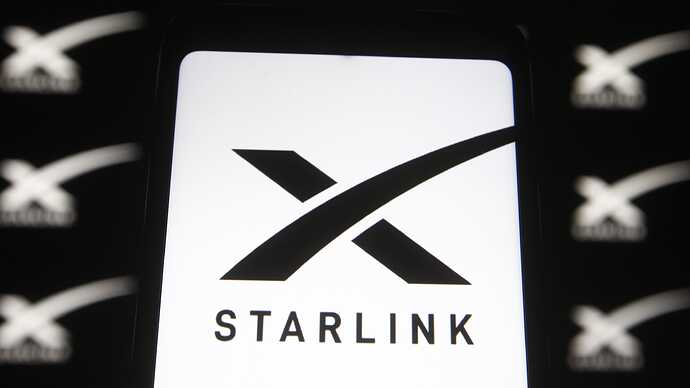 Elon Musk says SpaceX, Apple have had 'some promising conversations' about... 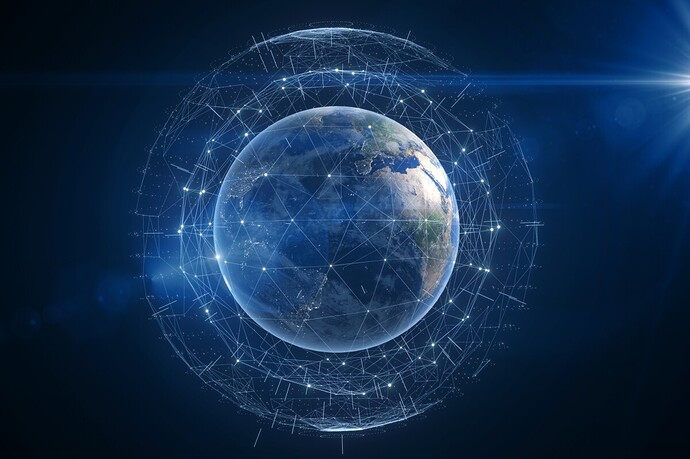 Lynk may beat Starlink and Apple to the punch as FCC approves its space-based...

Lynk may eat Starlink and Apple's lunch after the FCC approved its satellite-based global texting service.

It’s very unlikely that Lynk will “eat Starlink and Apple’s lunch” given that to date they have only launched 5 cubesats with a 1.5m^2 footprint. Not to mention that to date they’ve raised between $11M (source) and $20M (source) while getting their satellites in space on Falcon 9 launches. Setting aside the clickbait headlines, it’s an interesting architecture that showcases the strength of the 3GPP ecosystem and nanosat/cubesat applications.

Interestingly, they did a demo of their “tower in the sky” architecture in early 2020 from the Falkland Islands. The video shows a 2G GSM connection at some insanely low transmit power level femtoWatts. I suspect part of the reason why they picked the Falklands is to minimize any interference with other commercial MNO signals. 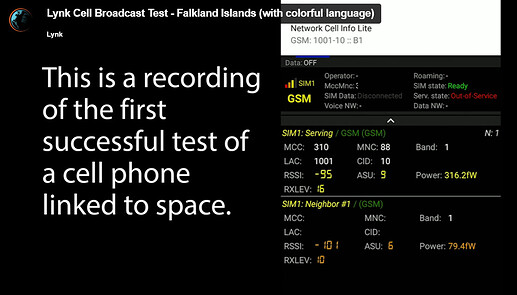 Lynk filed an application for Mobile Satellite Service (MSS) with the FCC back in May 2021 and it has just been approved on September 16, 2022. From the technical narrative in the application (source), the system is designed to use 10 LEO satellites. It operates a 3GPP GSM/LTE system in low band (UHF) but only outside the United States.

The Lynk Smallsat System is a cellular-based satellite communications network that will provide global GSM and LTE cellular services by operating on most cellular frequencies used globally in the 617-960 MHz band.

From a technical standpoint, 3 of the 10 bands identified in their technical narrative are compatible with US based MNOs: band 13, 14, and 71. Should they amend their application or submit a new one at a later stage, the satellites in orbit could be programmed to interoperate with T-Mobile and Verizon.

To get an idea about the system limitations, it’s worth looking at the relevant UHF parameters. As far as I can tell from skimming the document, UHF operation uses circularly polarized configurable beams that can be dynamically matched to the channel of the respective operator. The larger satellite (1.5m x 1.5m) has higher transmit power and can cover a slightly smaller cell size on the ground, however that is still super large by terrestrial cellular standards. For instance, at the -20dB cell edge, the cell size would be around 49,000 km^2 (125km cell radius), while the -1dB contours seem to place the cell radius around one fifth of that, say 25km, so just under 2,000 km^2. 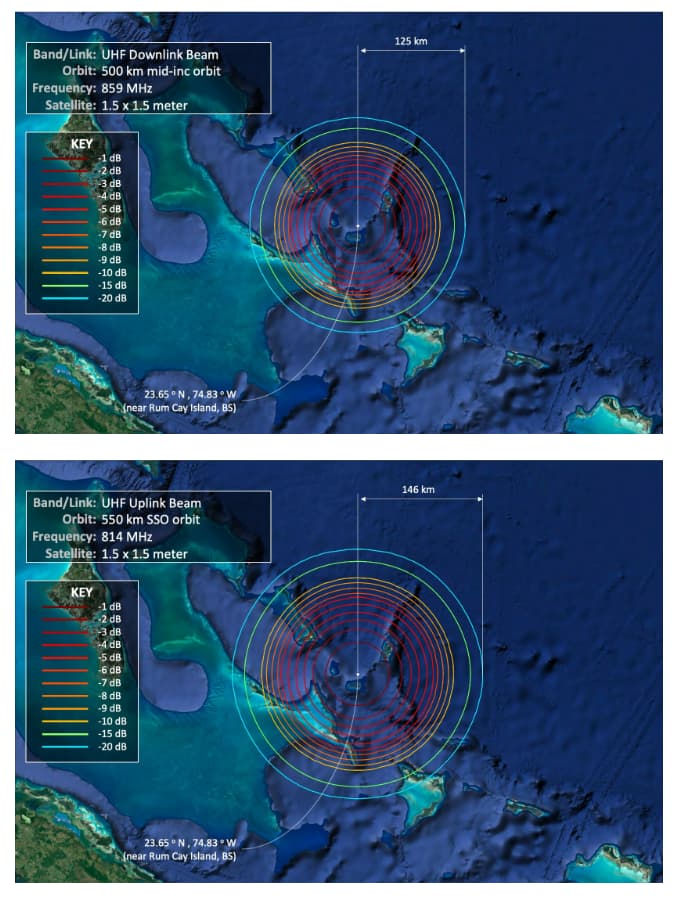 With those cell sizes and operation in low bandwidth UHF bands, the cellular capacity would be extremely limited unless in areas with minimal subscriber density. Moreover, the limited downlink antenna gain and transmit power would make it very unlikely that the 3GPP roaming setup on the UE would select the satellite “tower” unless it was the only one available.