After delays due to the NASA Space Launch System wet dress rehearsal conducted on an adjacent launch pad, SpaceX plans to launch the Axiom Space Ax-1 mission, the first fully private mission to visit the International Space Station (ISS). Launch is scheduled for 2022-04-08 at 15:17 UTC, and weather is forecast as 80% favourable for launch.

Axiom Space has received a NASA contract for US$ 140 million to launch one or more modules to be added to the ISS which will provide research facilities for users of the station. Upon retirement of the ISS, Axiom plans to detach its modules and attach them to a privately-funded space station it is developing.

This flight will deliver a crew of four to the ISS in a ten day mission with eight days on the ISS. The Crew Dragon spacecraft will be making its third flight (becoming fleet leader) and Falcon 9 booster B1062 its fifth flight. Mission commander is Axiom pilot Michael López-Alegría, veteran of four spaceflights to the ISS on Space Shuttle and Soyuz missions. The other three crew members are basically space tourists from the U.S. Canada, and Israel, one of whom says he paid US$ 50 million for the flight.

Here is the pre-launch press conference describing the mission, held on 2022-04-07. Participants are:

Coverage of the Axiom-1 launch is now live. The crew fas just left for the launch pad to board the Crew Dragon.

Great continuous feed of the landing! Even if they missed the bullseye.

Here is live coverage of the approach and docking to the International Space Station.

@julia_bergeron
A Shortfall of Gravitas returned late Tuesday with B1062 bringing the flight portion of the Axiom 1 mission to an end. Octagrabber stayed in the garage and the good old chains were brought out to secure the booster. 📷 me for @NASASpaceflight 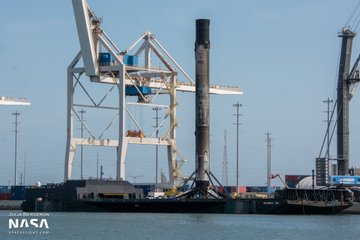 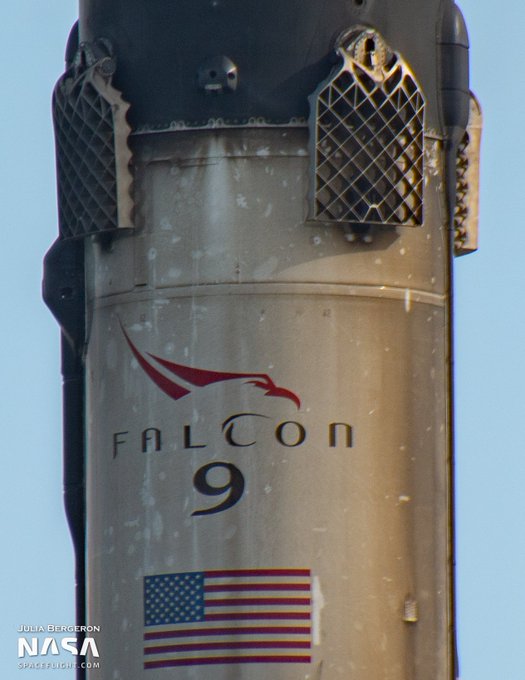 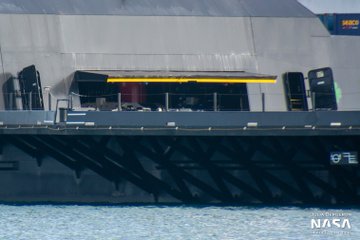 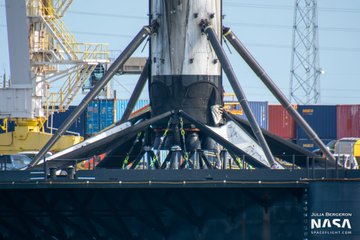 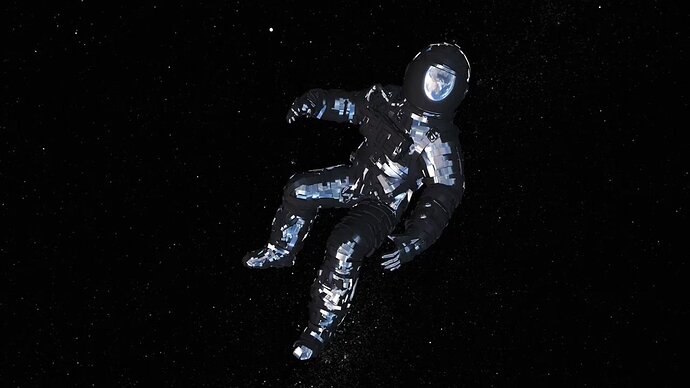 The link takes you to the “Axiom Space Official NFT Marketplace” where you can “Be part of Axiom’s web3 space community”. On the page is an image of what appears to be a deceased spacewalker tumbling in space without a tether, which is being auctioned as a “1/1 NFT”.

Don’t let this one get away!

This is the company that gets huffy when the people who pay them US$ 55 million for a week on the International Space Station are called “tourists”.

@Space_Station
The @NASA, @Axiom_Space, and @SpaceX teams plan for the #Ax1 crew to undock from the station at 8:35pm ET on Saturday for a splashdown on Sunday. https://t.co/Bfo9Z3Buop 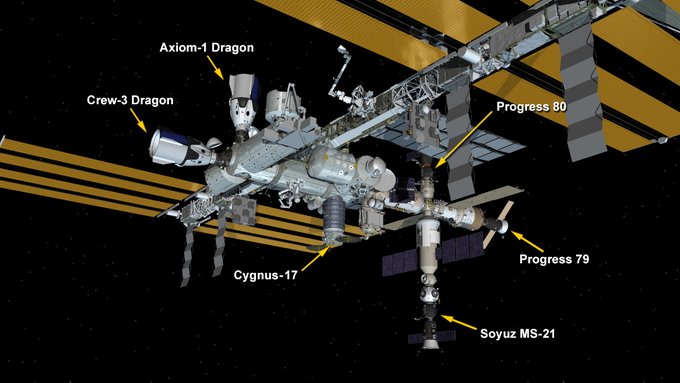 After a series of delays due to poor weather in the recovery zone, the Axiom-1 Crew Dragon is scheduled to undock from the International Space Station (ISS) at 00:35 UTC on 2022-04-24 and splashdown off the Florida coast around 17:46 UTC that same day.

Because NASA requires two days to reconfigure the space station between departure and arrival of a crew at the same docking port, and to reposition recovery assets in case of a launch abort, the Crew-4 launch to the ISS has been rescheduled to no earlier than 08:15 UTC on 2022-04-26.

Here is video of the Axiom-1 Crew Dragon re-entry, splashdown, and recovery. I have cued the video to start at the moment the infrared camera first spotted the re-entering capsule; scroll back for earlier events.