Bryce Tech has just published their “Global Orbital Space Launches Q2 2022” [PDF] report. The extent to which SpaceX has become the global leader in access to space is stunning. In the quarter, SpaceX launched 16 orbital missions, beating second-place CASC (China Aerospace Science and Technology Corporation) with 12. Nobody else came close. 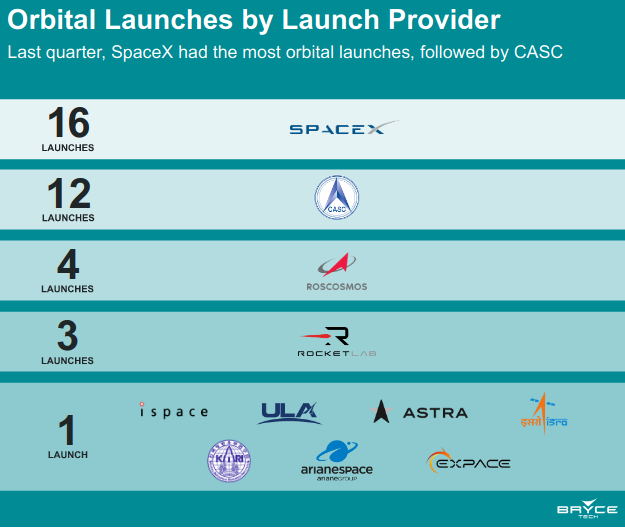 But it’s when you look at what those rockets were carrying that the extent of their lead becomes apparent. Here are the number of satellites placed into orbit by the different launch service providers. 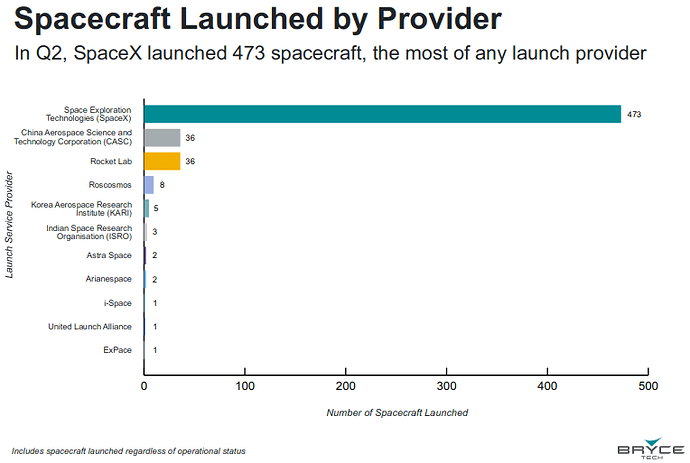 Those Starlinks and Transporter rideshares add up, don’t they? The score is SpaceX 473, everybody else combined 95. More than four times as many satellites orbited by SpaceX than all other launch organisations together. 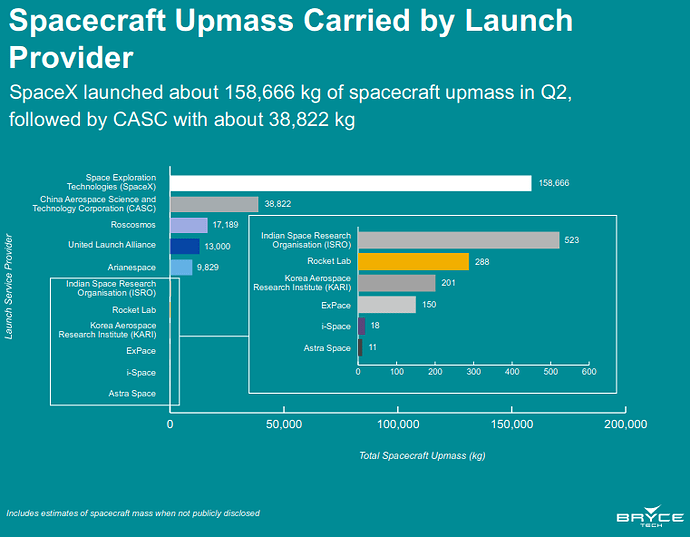 Here, SpaceX orbited four times the payload mass of second-place CASC and almost twice the mass to orbit of all other launch providers together.

This is market dominance, headed for supremacy. And they haven’t started to fly Starship yet.