SpaceX plans to launch the Eutelsat 10B communications satellite on 2022-11-22 at 02:57 UTC, which will be in the evening of the 21st in western hemisphere time zones. This will be the eleventh and final flight of Falcon 9 booster B1049 with a turn-around time of 434 days since its last flight. The launch will be from Space Launch Complex 40 in Florida. Weather is currently forecast as 30% favourable for launch.

The satellite will be injected into a super-synchronous geostationary transfer orbit for eventual service at the Eutelsat 10° East slot. It replaces Eutelsat 10A, which is being retired at the end of 2023. The super-synchronous orbit reduces the amount of the satellite payload’s own fuel that must be burned to reach its service orbit and thus increases its service lifetime. Boosting the payload to this orbit requires the Falcon 9 first stage to burn fuel which would otherwise be used to recover the booster, resulting in the booster’s being expended on this flight. To reduce weight and improve performance, the landing legs, grid fins, and reaction control thrusters have been removed from the booster.

With the weather for the initial launch opportunity only 30% favourable, it was no surprise the Eutelsat 10B launch was rescheduled for the backup window on 2022-11-23 at 02:57 UTC, which will be in the evening of the 22nd in western hemisphere time zones.

The live Webcast is scheduled to start around 15 minutes before launch.

Would have been the closest two in time: 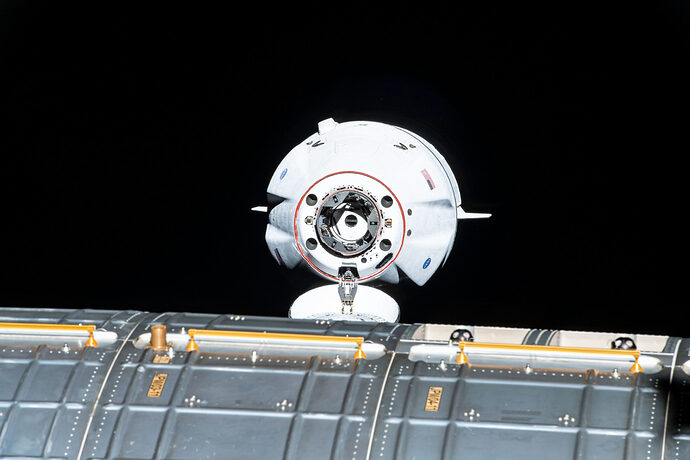 If Mother Nature smiles on the Space Coast, @SpaceX may fly 2 Falcon 9 missions just 6hr apart on Tuesday: one to @Space_Station and a second for @Eutelsat_SA.

Despite the dodgy weather, this mission launched and was a complete success. When the earlier CRS-26 mission was scrubbed, weather met SpaceX’s launch requirements for Falcon 9 but violated three of NASA’s for the payload. The customer calls the shots (or scrubs), so that one stood down.

This time it was SpaceX’s finger on the button, and they pushed it. I have cued the replay to start one minute before launch. The second burn of the second stage to place the payloads in their 300×60000 km 22.84° transfer orbit occurs at the 41:00 mark in the video, and payload deployment is at 51:15.

Eutelsat 10B carries two sub-satellite payloads, which it will deploy later in its mission. With the release of the composite payload, SpaceX’s job is done.