On 2022-07-08, SpaceX filed an application with the U.S. Federal Communications Commission (FCC) for permission to operate the communications involved in the first orbital flight test of the Starship/Super Heavy system. This is distinct from the application to the Federal Aviation Administration (FAA) to operate the flight, but requires filing of flight details not previously disclosed.

The two documents filed are:

From the first document, here is the description of how Starlink will be used to communicate with the vehicles during the flight.

Multiple Starlink terminals will be fitted to each vehicle to ensure a clear view of the SpaceX satellite constellation through the Starship flight profile. The terminals will use the same antenna and communications electronics as SpaceX’s previously authorized consumer terminals but with a revised enclosure and mounting that is suitable for the mission profile.

Each user terminal will communicate only with those SpaceX satellites that are visible on the horizon above a minimum elevation angle and that observe the appropriate angular separation from the Geostationary Orbital (“GSO”) arc. The phased array user terminals will track SpaceX’s NGSO satellites passing within their field of view. As the terminal steers the transmitting beam, it automatically changes the power to maintain a constant level at the receiving antenna of its target satellite to the extent possible, compensating for variations in antenna gain and path loss associated with the steering angle. At the phased array’s equivalent of an “antenna flange,” the highest transmit power is 4.06 W and the highest EIRP for all carriers is 38.2 dBW. The antenna gain is highest at boresight (33.2 dBi and 34.6 dBi for the receive and transmit antennas, respectively) and lowest at maximum slant (30.6 dBi and 32.0 dBi for the receive and transmit antennas, respectively). For purposes of the STA Form accompanying this application, SpaceX has supplied the highest transmit power figures and lowest gain figures.

This document provides the option of the Super Heavy booster either being splashed down in the Gulf of Mexico or returning to the launch site for a catch attempt by the launch tower.

The Starship-Super Heavy test flight will originate from Starbase, TX. The booster stage will separate and will then perform a partial return and land in the Gulf of Mexico or return to Starbase and be caught by the launch tower. The orbital Starship spacecraft will continue on its path to an altitude of approximately 250 km before performing a powered, targeted landing in the Pacific Ocean.

Here is the booster flight profile. 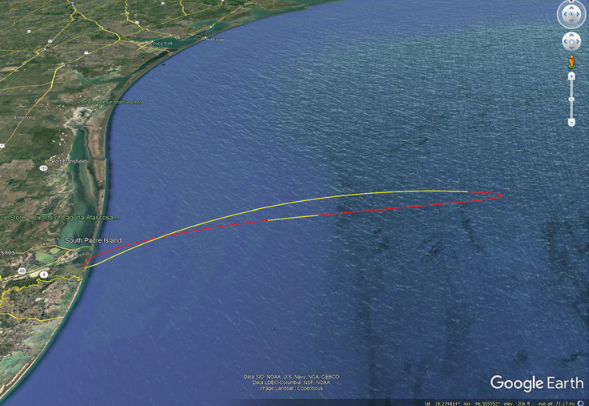 This is the ascent path of Super Heavy and Starship, showing how they thread the needle to avoid overflying land masses. 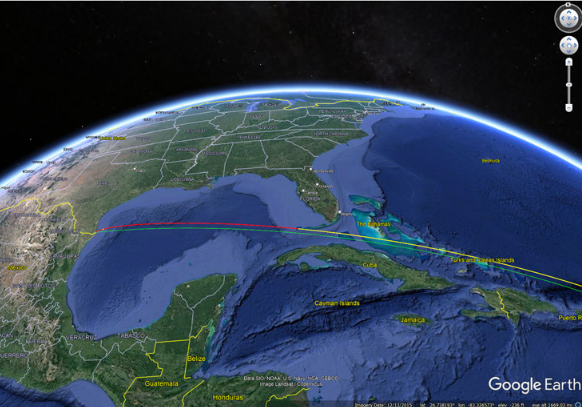 Here is the Starship entry and splash profile off Hawaii. 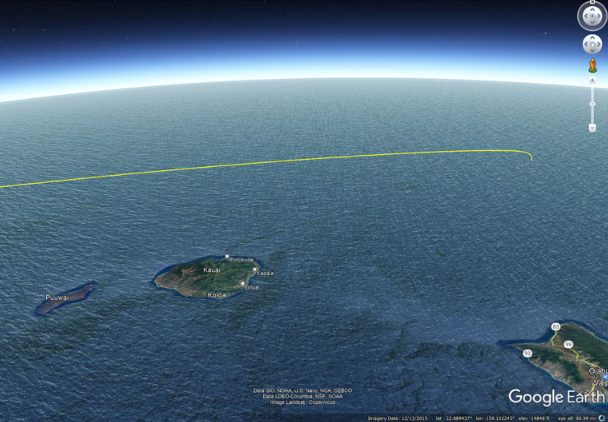 So if Starship encounters a time tunnel and goes back to December 7, 1941 it will land on the Hiryu.