SpaceX is targeting Saturday, June 18 for a Falcon 9 launch of the SARah-1 mission from Space Launch Complex 4 East (SLC-4E) at Vandenberg Space Force Base in California. The instantaneous launch window is at 14:19 UTC.

The luggage containing my computer has not been seen since I checked it in at Zürich 48 hours ago, and the British “Airways” “tracking” page says only “still missing”. It is intensely frustrating to create posts on this tablet, so they will be few, rare, and telegraphic. If their absence means the site dies, so it goes.

I put such accelerating failure events in the “evidence that Western civilization is unraveling” category. I have always been afraid to put my computer in checked baggage. Is there a compelling reason to check it of which I am unaware?

Well, flying “Brutish” Airways should never be anyone’s first choice. I recall once being on one of those buses that winds its way between terminals at London’s Third World Heathrow airport. The bus was rattling along at about 5 miles per hour behind a tractor towing baggage carts. Every time the tractor turned a corner (which was often in that labyrinth!), some bags would fall off a cart and bounce on the side of the road. The tractor carried on regardless.

Then there was a fellow worker flying from the US through London to an international destination – his bags got lost at Heathrow, of course. Needs must – he flew on without baggage to his destination and bought new bags, clothes, etc. On his return trip through Heathrow – surprise! – his new bags got lost too. The good news, if one can call it that, is that eventually both sets of bags were returned to him in the US.

There are often travel choices that avoid flying Brutish Airways through London. Take them!

There were zero airline alternatives to my destination, and I was travelling through London City Airport (LCY), which is small and considered the most efficient and reliable among the options. It doesn’t matter. Everything is breaking down and simple competence (for example a baggage tracking system as competent as that which Royal Mail offers for first class packages) is no longer the expectation.

Is there a compelling reason to check it of which I am unaware?

Computer is too large and heavy to put in briefcase and progressive osteoarthritis makes juggling a carry-on bag, as they say. “problematic”. I have never had a lost bag delayed more than 24 hours (and that only once} in 50 years of air travel. But first world expectations are no longer to be expected

Also, a benefit of flying in and out of a home base in Texas, is Southwest Airlines. I have not lost a single bag or had a canceled flight since flying with them over a dozen times starting in 2018.

While other airlines recently canceled 1000s of flights in less than a days notice, Southwest projected shortages of resources, and so reduced flights by approximately 7% in June. Other innovations too, but no flights in Europe as of this writing. 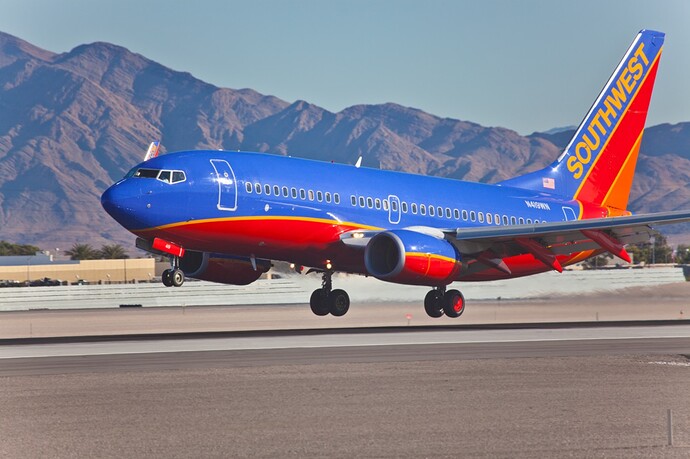 As the pilot shortage continues, Southwest is cutting flights from a few major cities this summer to match its capacity.

Mayor Pete is going to run the US airline industry: 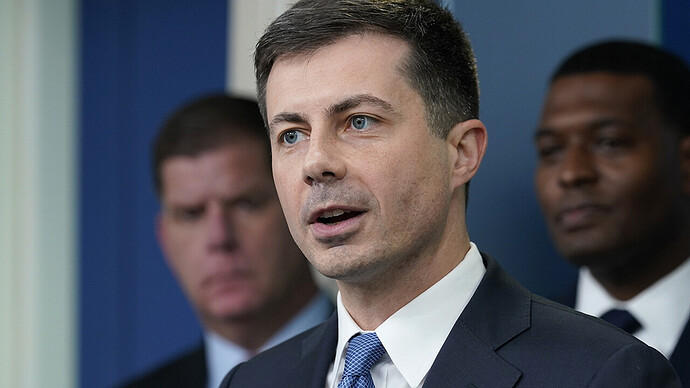 Buttigieg says feds have power to force airlines to hire more workers amid...

Transportation Secretary Pete Buttigieg said the federal government has the authority to take action against airline companies that do not meet consumer-protection standards.

Maybe Buttigieg’s comrades should do that first – before demanding that other people increase hiring.

Mayor Pete is going to run the US airline industry

I loved the part:

Following Buttigieg’s own flight being canceled, forcing him to drive from Washington to New York, he said his department has authority to enforce action against airlines that do not sufficiently maintain consumer-protection standards, potentially requiring them to hire more staff.

It wasn’t a problem until the princeling’s own flight was cancelled. Then it became a matter worthy of micromanaging the airlines.

Heck, they could eliminate the pilot shortage overnight by eliminating the flight hour requirements for captains and first officers. That’d help them meet the diversity quotas too!

Today, 2022-06-20, 96 hours after the suitcase was checked in Zürich, it arrived. The original check tag, indicating its through-routing, the bar code stuck on the suitcase next to the handle, and my name and address tag were all intact. The computer appears to have survived the ordeal with no problems. I have yet to test the two Fourmilab offsite backup hard drives I packed.

I have yet to test the two Fourmilab offsite backup hard drives I packed.

Why was the bag delayed?

Alternative #2: The Authorities noted the computer and hard drives on the standard X-ray scan of the bag and decided to investigate further. Which took them 4 days because the Authorities are not really world class. Check for suspicious dark vehicles and guys in sunglasses parked down the street.

The Authorities noted the computer and hard drives on the standard X-ray scan of the bag and decided to investigate further.

If this is the case, they did an extraordinarily good job of re-packing everything in precisely the haphazard way I threw it in before closing it out before departure. In this age, bungling is the way to bet.

You can put a laptop in checked luggage but you almost always shouldn’t .

We do not have TSA, and there is no requirement that luggage have locks which can be opened by goons. My luggage has a built-in combination lock (doubtless pickable in 10 seconds by Lock Picking Lawyer) but probably enough to deter a thief too stupid to cut through the side with a pocket knife.

Since not one in fifty people knows what a lithium-ion battery is or what devices they have which contain them, it’s a safe bet there are dozens of other suitcases on a full flight containing these batteries.