SpaceX plans to launch 53 Starlink satellites into Shell 4, with an eventual 540 km circular service orbit at 53.22° inclination, on 2022-05-06 at 09:51 UTC. This will be the 12th flight of Falcon 9 booster B1058, tying it with B1051 and B1060 as fleet leaders. B1058 has previously launched one crew and one cargo mission to the International Space Station and six earlier Starlink missions.

The launch, landing, and payload deployment were a complete success. I have cued the video replay to start one minute before launch.

This was a pre-dawn launch from Florida and, as often is the case, provided spectacular views from the ground as the rocket ascended and travelled eastward into the approaching sunrise. Here is a time-lapse of the launch showing the plume appearing as the Sun began to illuminate it. 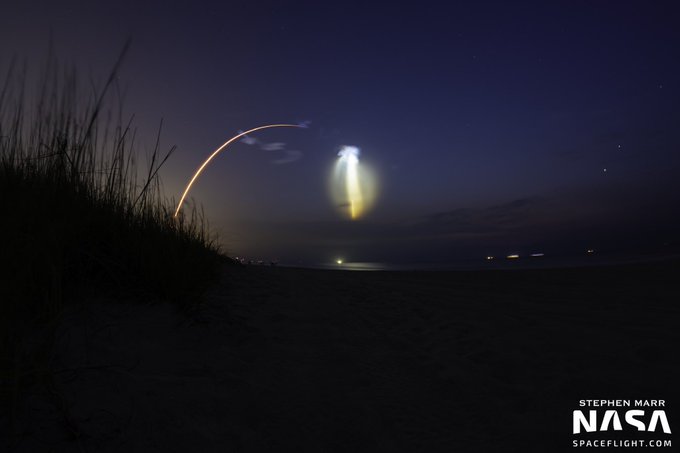 Here is a view from the ground in Florida. 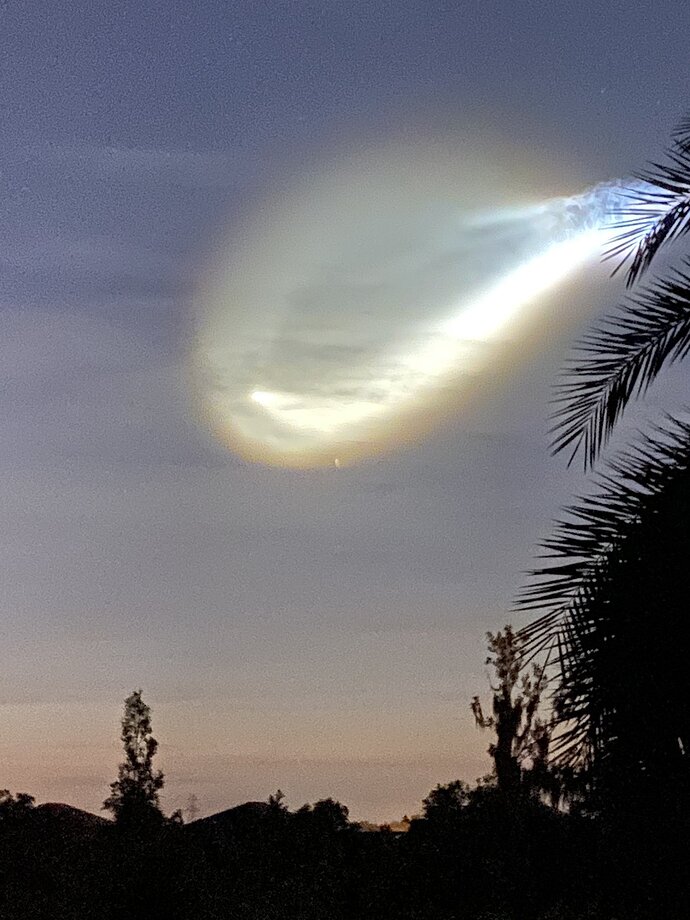 The view from the first stage as it continued to ascend toward apogee after stage separation was also remarkable. Starting at around the 16:20 mark in the video, the first stage appeared to be surrounded by a glow with sparks moving from right to left across the frame. My guess is that what we’re seeing here is the first stage flying through the plume from the second stage accelerating away from it, with the plume now illuminated by the Sun. I don’t know what the sparks are about—the Falcon 9 second stage doesn’t seem to spew sparks like Rocket Lab’s Rutherford engines, and at the altitude we’re observing them, there isn’t enough oxygen to support combustion of unburnt soot from fuel-rich combustion.

Looks like a slightly off-center and off-vertical landing. But imagine showing that to someone 10 years ago and telling them that’s a below average accuracy landing.