SpaceX has announced a Starlink launch from Space Launch Complex 40 at Cape Canaveral Space Force Station in Florida with an instantaneous launch window at 09:40 UTC on 2022-12-28. This is a very strange launch. It had been announced as being the first launch of Starlink version 2 satellites modified for launch on Falcon 9, into the near-polar Shell 5 orbit, but the official SpaceX announcement, posted around ten hours before launch, described it as a routine launch of 54 Starlink satellites into an unspecified orbit. This is inconsistent with the payload being version 2 satellites which are heavier and which the Falcon 9 could launch fewer.

Things get even more curious when you compare the announced launch time of 09:40 UTC with the YouTube Webcast of the launch, which says it is scheduled to start at 10:30 UTC, almost an hour after the launch.

The first stage booster announced for the flight is B1062, making its 11th flight, with a planned landing on the A Shortfall of Gravitas drone ship.

I have no idea what is going on here. Perhaps the SpaceX corporate communications people are taking a well-deserved Annual Week of Rest and the second team is handling this one. If you want to view the launch, I’d check the YouTube feed starting around 09:30 UTC to see what’s happening.

Once again, a fairly off-center landing.

The weather was terrible at the landing location. A shot before liftoff showed blowing snow and the commentator said conditions were marginal.

NASASpaceflight.com has an article that clears up most of the confusion associated with this launch, “SpaceX begins launching Starlink second generation constellation”.

The target insertion orbit for this mission was 212 by 338 km at 43 degrees inclination. The second stage used a single burn of its MVacD engine to put the satellites into the target orbit. Deployment occurred at around T+19 minutes and soon after the second stage performs another burn to deorbit and safely burn up over the southwest Indian Ocean.

This mission launched 54 Starlink satellites for the 530 km altitude, 43-degree inclination shell of Starlink’s Gen 2 constellation. This is the first time SpaceX launched to this new constellation and it did so using Falcon 9.

However, questions remain as to what specific hardware is included in these satellites. Earlier documents by SpaceX to the FCC detailed up to three different configurations for Starlink Gen 2 satellites. One, dubbed F9-1, would be the same size and mass as Starlink v1.5 satellites that the company is already launching and would be launching on Falcon 9.

Another configuration that could launch on Falcon 9, dubbed F9-2, would be almost double the size, double the number of solar arrays, and nearly three times as massive as the F9-1 type of satellite. The document also included the dimensions for the third Starlink Gen 2 satellite configuration which SpaceX plans to launch on Starship. 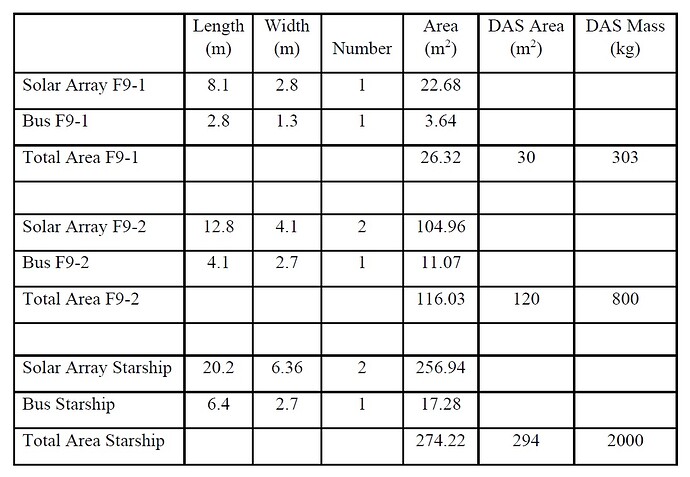 The number of satellites flying on Starlink Group 5-1 suggests this mission is flying the F9-1 satellite configuration which would allow them to use hardware and processes similar to launching Starlink v1.5 satellites under the Gen 1 constellation.

The Wikipedia page for Starlink now contains a “Satellite revisions: v2.0” section with more details on the three bus configurations. Of the 7500 satellites approved so far for the Generation 2 constellation, only 2016 are to carry the large (25 m²) antenna that allows direct communication to mobile phones. This is presumably not on the F9-1 bus, with identical dimensions to v1.5, but it’s not stated whether it will be on F9-2 or only on Starship configurations.